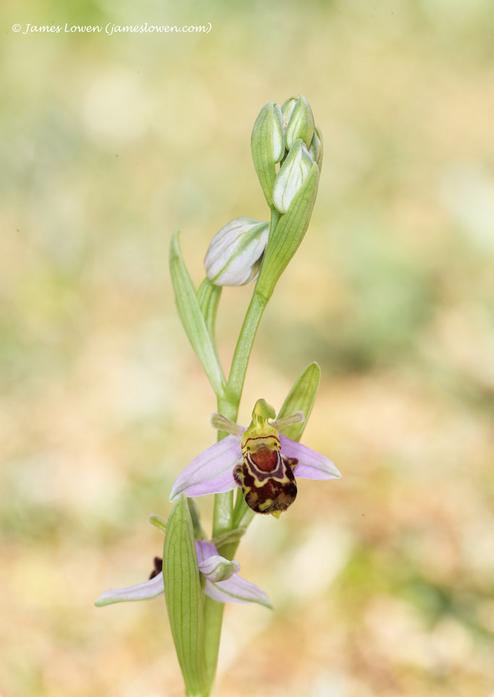 Green is an unusual hue among moths, so always worth appreciating.

The Dichrorampha field at Eaton also produced Breckland Plume, while Dave Andrews' garden in Drayton/Hellesdon came up with Netted Pug and Red-tipped Clearwing. My garden Red-belted Clearwings have survived another winter: in ten minutes that the CUL lure was up, eight emerged from the apple tree. I won't lure again for this species until 2021.

All three of our Bee Orchids are now flowering too. Something bigger than small, at last!

This week I've mainly been seeing small stuff. Our garden ox-eye daisies have produced two species of Dichrorampha, with a third species on the same plant near Eaton. Intriguingly, two of the species are Yarrow specialists. Perhaps they were nectaring on the ox-eyes - although they were on the stem rather than flower. And yarrows were present nearby in both cases.