But it was sound rather than sight that provided my personal highlight of the day. A Manx Shearwater calling from within one of many burrows on the island. I hadn't realised that they called by day, so hearing one (my first ever) was a real treat. Thanks, Ben, for hearing it and pointing it out. Encouragingly, this year's  breeding population here may number 20,000 pairs this year. 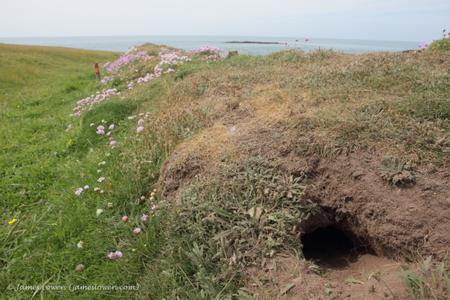 Bardsey was a stunning island, and the weather couldn't have been better. The thrift formed pink duvets across walls and plains.

I love visiting new places. Twitching, for all its ample ills, certainly broadens one's appreciation of all things British. And so I joined Jim, Stu and Tris on a day-trip to the Welsh island of Bardsey. Our target, as every birder will know, was Britain's 6th Cretzschmar's Bunting. Yet another mega in a personally unparalleled spring. The twitch, from boat booking to the organised waiting area, was supremely well organised. The bird, however... We saw this stunning male just twice, for a total of 4-5 mins, in 4 hours on the island. Views were a little too distant for photos, and the light was against us, but that didn't detract from the overall enjoyment. Peachy.

There was other stuff to see too, notably Painted Lady, Choughs, Ravens, oodles of auks, and 100+ Grey Seals hauled out on the rocks by the harbour. A Small Elephant Hawkmoth trapped overnight was a particular highlight. I am in print (in my column this month's Bird Watching magazine) as saying that it is my daughter Maya's favourite moth.

And where there is thrift along southern and western coasts, there is a chance of the tiny wasp-mimic moth, Thrift Clearwing. Helpfully, Ben and warden Steve Stansfield had each tracked down an individual. What a cracker. Thanks to both islanders and insects. 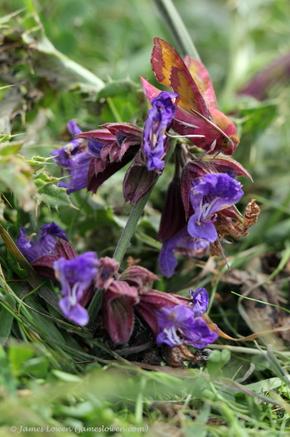 A few crowd shots. Getting Stu on and off the boat was relatively easy, although the low tide at departure did involve some porterage - by boatman Colin Evans and the appropriately named island-photographer Ben Porter (who, incidentally, has several to-die-for images of the bunting).