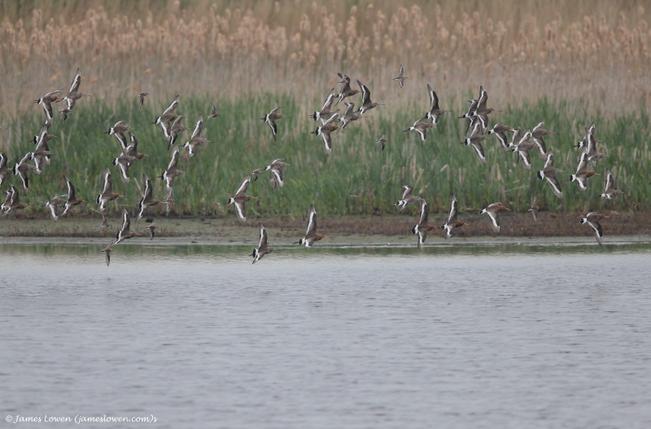 As an entirely random parting shot, here's a flock of Black-tailed Godwit. If you look very closely, you will see that there is definitively, absolutely and unambiguously no Hudsonian Godwit among them. That's clearly a species for another day/week/year/decade. After I've done my allotted time for GBH. 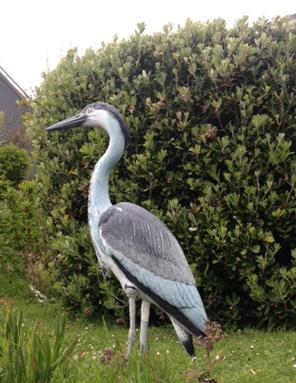 While walking back to Hughtown to catch the delayed ferry (and this after the cancelled flight off), I enjoyed 'seconds' of the Great Blue Heron. At least, that's what I think it was. Please confirm...

Then - dismayed by news that the Hudwit had flown - it was back to St Mary's. I made for Old Bay to have a bash at both Lesser White-toothed Shrew and stick-insects. Failed on both. But that didn't matter. I enjoyed Wheatears and Song Thrushes, and simply loved being back on these most beautiful of islands after a 13-year break. Must bring the family here some time, for a relaxed spring break. 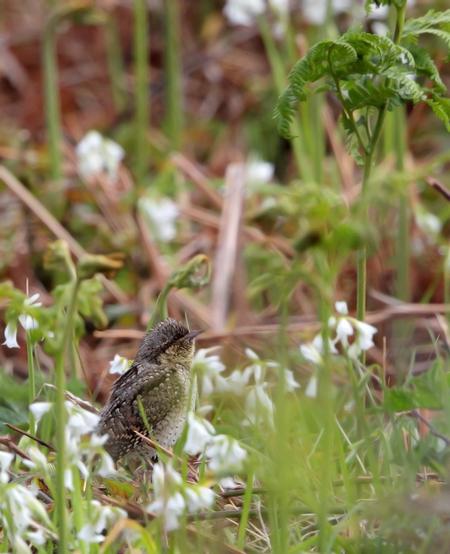 I saw none of these, but did finally locate a group of Dwarf Pansy, a tiny annual known in Britain only from the Scilly and the Channel Isles. These were on the short, sandy turf immediately NW of Rushy Bay. Unfortunately, they were wet, bedraggled (perhaps trampled) and well beyond their best. Then we all reconvened to enjoy another Wryneck showing well as it mounted a garden picnic table and flirted with some of the island's flora.

We spent most of the remainder of the (initially wet, eventually sunny) afternoon exploring Bryher. Lemon Drizzle cake at the Vine Cafe was the undoubted highlight, but other stuff was good too. The lunchtime squall appeared to have downed a few migrants, including a group (!) of eight Tree Pipit and a score of phylloscs, plus Whitethroats and Blackcaps. Nick and Bradders found a Wryneck, Yoav called a Siberian Chiffchaff and all three glimpsed a Golden Oriole.

Great Blue Heron. It was Great in both size and nature of experience. It was (sort of) blue. And it was a heron - initially grumpy in the heavy rain, then majestic in its leggy fishing technique. Seriously enjoyable. (And a nice way to bring up my UK450.) 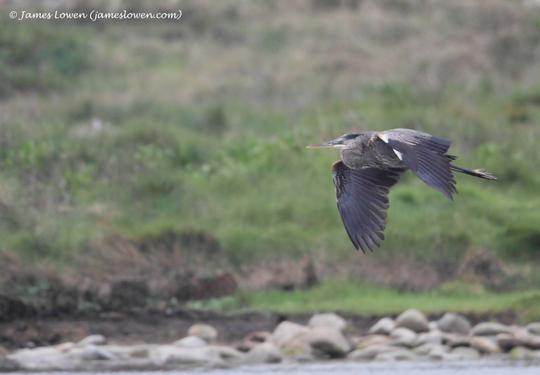 The Scillonian ploughed through a foggy swell, and was therefore largely uneventful. A straggly feeding flock of Manxies was the highlight. Upon arrival at St Mary's at midday, The Falcon was waiting for us and sped us over to Bryher, where we knew the bird had been lounging around Big Pool earlier in the morning. Upon our slightly sweaty, adrenalin-fuelled arrival, however, there was no sign. We split up to search the adjacent bays. One group shouted and The Big Blue Boy flapped lazily into view, returning to the Big Pool in front of Hell Bay Hotel after a brief sejourn on the coast. 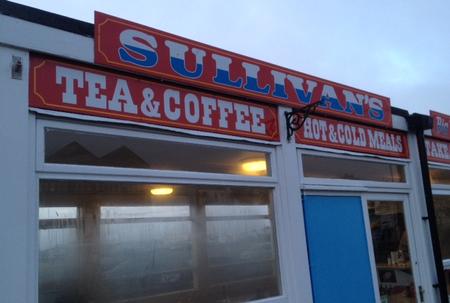 Everything was going smoothly until 8am, by which time we had bagged Great White Egret, a dozen Purple Sandpipers and a sizeable quantity of grease at Sullivan's. As we lined up on the quay at Penzance, however, the Birder's Worst Nightmare started. Twitter trembled with news of another mega - Hudsonian Godwit, the first twitchable example for 30 years - on the mainland, in Somerset. We had driven within a few miles of it on the way down, albeit in the pitch black. Galling. But we were undeterred from Plan A: getting done for GBH.

Then again... boundaries exist to be tested, right? That's certainly four-year-old Maya's philosophy. Perhaps spending so much time with her recently has rubbed off. Either way, the bank account had sufficient brownie points in it following Sharon's return home, Nick Watmough had volunteered his car, and both Yoav Perlman and Bradders, as ever, were ripe for persuasion. Bradders even came equipped with home-baked sausage rolls and ginger fairy cakes for the entire team. On the Ardeous journey south-west, the car was not just full but smelled wonderful. Clearly a gift from the unremittingly brilliant Suzanne; I don't think the boy himself is known for his baking.

As mentioned in my most recent blogpost, about Emperor Moths, there has been a Great Blue Heron on the Isles of Scilly. Britain's second - and the first to be twitchable. Unlike the unwashed masses, there was no way I could twitch it for the last ten days, as I have been Daddy Daycare while Sharon was abroad. And besides, I am definitively, absolutely and unambiguously not a filthy twitcha, and I definitively, absolutely and unambiguously draw the line at twitching islands. If it involves flight or ferry, it is beyond my personal pale.