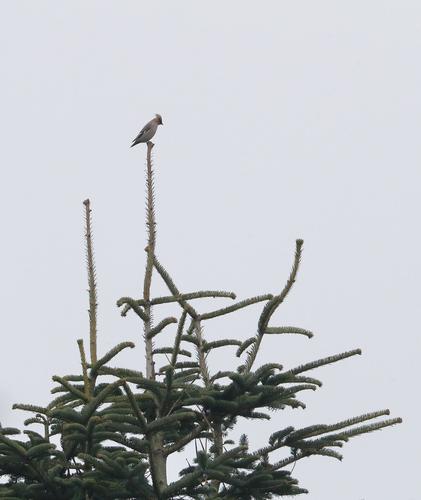 You are supposed to start the New Year by looking forward, full of anticipation. I am going to do so by largely looking back. The year 2018 was the third in which Norwich birders have competed against one another to see or hear as many bird species as possible from the confines of their house and garden. Richard Moores, initiator of the Norwich Garden Bird Yearlist Challenge, blogged eloquently about the first year's experiences here. I have also celebrated the event, with all its experiences, through blogs (see here and here) and now by a feature article in the January 2019 edition of Bird Watching magazine.

So what of the 2018 challenge? In first place, for the third year running was Will Soar, whose 'garden' comprises the view his flat enjoys over Earlham Marsh and the River Yare. Will's tally of 94 was equal to 2017. Poor lad can't seem to eek out the ton, but did enjoy proper goodies like Glaucous and Caspian gulls. Second place, as with 2017, goes to Stuart White. His house lies up a hill in a leafy eastern suburb, and - with a bit of straining of ear and eye - Stu can just about discern species inhabiting Thorpe Marshes and the adjacent River Yare. This produced quality: Crane, Little Ringed Plover, Nightingale, Cuckoo, Kingfisher, Curlew and Dunlin. Stu's total was, however, vastly down on 2017. Pub gossip suggests this is because he is a slacker, but I beg to differ... In a western bungalow-estate, I came third with 75, but that was two fewer than last year - an eventual disappointment given a fine first five months. I probably wouldn't have maintained third place had Dave Andrews converted his 'noc mig' recordings into legitimate first-hand encounters. His already mouthwatering selection was topped by Taiga Bean Goose (en route to the Yare Valley at Buckenham) in December. 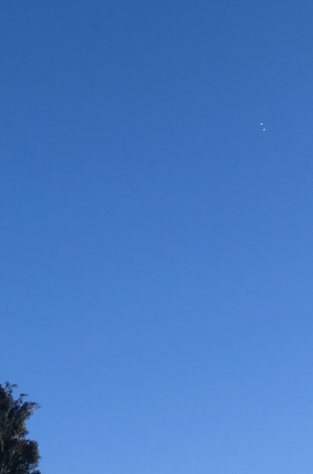 Dave Farrow, Dougal McNeill and Phil Saunders - Phil and Dougal both residents of Victorian terraces with 'a Penny Black for a garden' - were each stoked at their record counts: 69 for Dave (which included Great White Egret, Crane, Bewick's Swan, Woodcock and a remarkable in-garden Red-legged Partridge), 63 for Dougal (whose flyovers included Bewick's Swan, Green Sandpiper and Reed Bunting), and 59 for Phil (whose total included a New Year's Eve addition of Egyptian Goose). Mike Hoit ended up three down on 56, with Keith Langdon just behind on 54. Magnificently, Keith managed to grip himself off by seeing or hearing a series of species as he walked between his house and local hostelries: Peregrine, Oystercatcher, Moorhen, Canada Goose and House Sparrow all came close, but failed to nab a cigar.

My own garden 2018 will be cherished for several 'FOHT' ('Full-on House Ticks'). RedKite was long overdue and finally nailed. Noc migging produced Bittern, WaterRail, Moorhen, Coot, Dunlin and Redshank. Two successive pre-dawn starts produced a Pheasant calling from somewhere scrubby. And two Bewick'sSwans (just about discernible in the cropped mobile-phone grab above!) flying over were charting the migration route pursued by a larger flock a few minutes earlier, as seen by Dougal McNeill over his garden (and perhaps Dave Farrow over his; I can't recall). Also good in 2018 for me were Hobby, Peregrine, Woodcock, three species of dabbling duck and Waxwing. Some perhaps surprising misses - birds seen in at least two of the four previous years I have lived in Norwich - were Lapwing, Mistle Thrush, Kestrel, Marsh Harrier, Chiffchaff, Sand Martin, Firecrest and Treecreeper. But what of 2019 - for the New Year is all about looking forward, not back... Little Egret and Egyptian Goose are notable gaps on the list, but perhaps I can connect with one of the wintering Norwich are Great White Egrets (after all, they practically live outside Will's flat, and have overflown the abodes of the two Daves, Andrews and Farrow)? Several people have connected with Cranes now, so that must be on the agenda. As for noc mig, perhaps I can stay up late one night this spring and direct my shell-likes upwards towards Little Grebe and Common Scoter? So much to play for...