This was all thrilling in itself. But then I noticed something that truly took me aback. Two male Winter Moths, apparently 'in copulation', their nether parts fixed together in what looked like an attempted mating. I have not been able to track down any evidence of same-sex sexual behaviour in this species, nor indeed in any UK moth species, though there is evidence for various non-UK Lepidoptera (as there is for many taxa). I'm still doing the research on this, and there's several plausible explanations on the table, but there seems to be support for me writing this up somewhere - so I'll say no more now, but simply tease you with a photo. 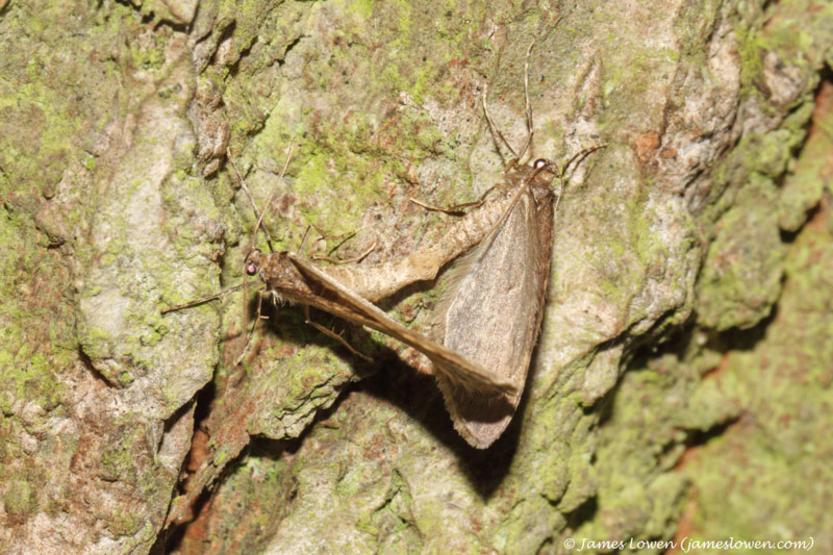 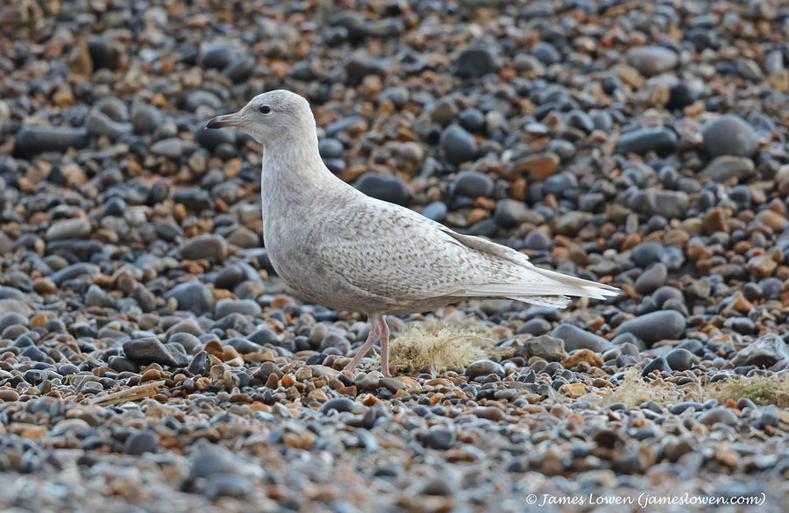 A couple of excursions to north Norfolk were enjoyable this week. The unseasonal Barred Warbler at Wiveton was usually out of sight, and otherwise high (20m!) up in the canopy - having clearly not read the Barred Warbler manual - but did once venture briefly down to head height, where I got some pleasing shots in a fruiting Spindle. 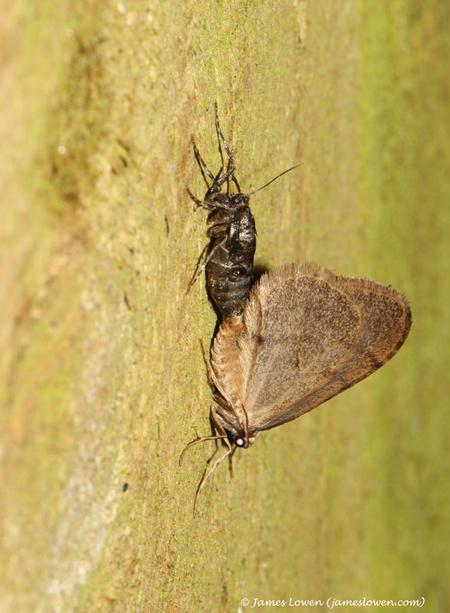 Last week, I popped to a local woodland while my daughter did her cricket training (parents aren't allowed to watch, due to COVID restrictions). As hoped, it was full of Winter Moths. I estimated around 1,500 males on the 20 trees I checked. Half of the trees were ribboned with a hundred, and two hundred decorated three trees with bunting. There were plenty of mating pairs, all of which were located by spotting males facing downwards (a trick I learn last year). I watched one female crawl up a trunk while conjoined with a male, pulling him a long on her long, strong legs. I watched another pair take flight when I disturbed them, the male carrying the stubby-winged, flightless female with him.

I also had a fun day out helping with the Wildlife Travel Norfolk tour. I was due to be assistant leader throughout the whole thing, but sadly the appearance of COVID in our house forced some difficult decisions. The clients enjoyed  Iceland Gull, 46 Snow Buntings and Otter at Cley, while Holkham harboured four Shore Larks (we couldn't find the fifth!), Slavonian Grebe and Great Northern Diver (plus the rare Sea Buckthorn Bracket fungus and Dune Waxcaps), before Pink-footed Geese thickened the sky after dusk as they whiffled into roost.