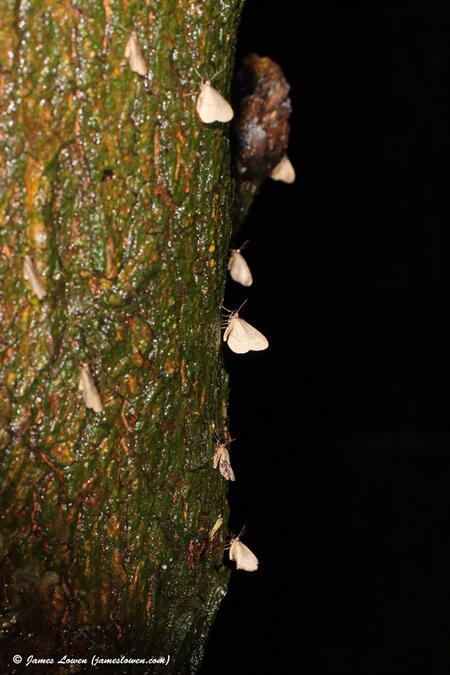 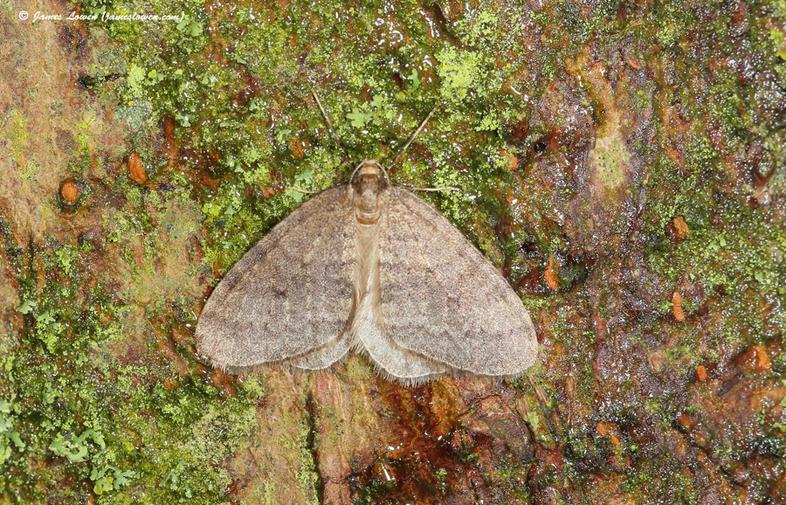 What with moth-trapping effectively over for the year (I mustered around 540 species in the garden this year, although haven't done the final totting up), attention turns to field-based techniques. A couple of evenings ago, I was jogging through a scrappy woodlot locally when I came across a large number of male Winter Moths, draped like bunting over trunks and branches. I was delighted to spot two mating pairs - the female being flightless with only rudimentary wings. Yesterday evening I went back, this time with camera rather than running shorts. In the half-hour before my head torch died (woeful preparation, I know!), I found 14 mating pairs and two solitary (and presumably already-mated) females, and counted 269 unrequited males. The numbers fairly blew my mind, given that I had only seen one pair of mating Winter Moths before this week. I felt quite the voyeur.

The second completely took me by surprise. When lightly disturbed (twice inadvertently, but then once deliberately, out of observational curiosity), three separate females all used those long legs to jump into the air, away from the trunk and to the ground. They veritably sprang into action. I have neither observed this previously nor read about this form of locomotion in the literature - though it makes sense morphologically (putting lengthy, spring-loaded limbs to use) as a way to escape predation. Has anyone else observed this? 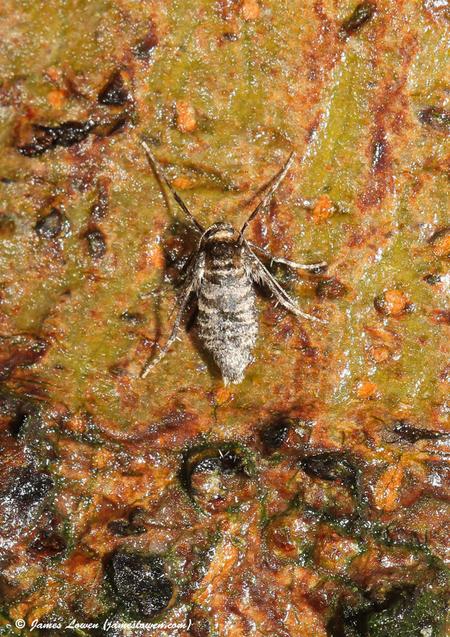 When large numbers gather together, however, they make quite the spectacle.

It is fair to say that the male Winter Moth is not, in himself, the most remarkable-looking of creatures.

Two of the female's ecological/behavioural quirks caught my eye tonight. The first, visible in the third photo in the slideshow below (the one with the caption) is that the female has raised her tiny wings. I wonder whether this has any role in dispersing pheromones? Need to check the literature!

Such gatherings were a strong clue that a female was somewhere in the vicinity – because the girls crawl up trunks then release pheromones to attract the boys. Indeed, on this tree, there were four woodlouse-like females whose nether regions were conjoined with males.