So where were the females when all this scent-enhanced disco-dancing was going on? The main clue came from the males' behaviour of investigating flower heads closely. Perhaps, we thought, the females would perch at the top of stems. Indeed, perhaps the males thought the flowerhead were females?

Chapel Green meadow, right next to Chris's house in the Norfolk village of Rockland St Peter, was astonishingly tiny. Barely 13 paces across and certainly less than double that longer, it is a minuscule meadow. But a most fecund one, packed with wildflowers and - as we came to see - moths. It is also a patch of open public space, a wildlife haven, a  Millennium Meadow and thus barely of voting age. Chapel Green has been lovingly managed by Chris and others for several years with the support of the majority of the village (although not all residents join the meadow's fans in perceiving beauty in the 'unkempt'). I salute Chris, Carolyn and co for their endeavours. They are wildlife heroes. Read more about Chris's contribution here.

First up were a load of Common Swifts fossicking and flitting around the herbs. At 21h40, the first male Ghost Moth came out. Larger than I expected, it twirled as if dangling from a string. Then it dashed hither and thither... towards another male. The lek was in progress. Each male strutted his aerial stuff, like a whirring snowy ribbon with a nervous twitch.

Looking closely, we could see that each male curved its abdomen upwards and appeared to be 'calling', issuing a pheromone from its nether regions. This, we surmised, was to attract females - the opposite way round to most moths, where females 'call' males. As Chris explains in his excellent blog about the encounter, our hypothesis is correct, and has long been established in the literature. But it was no less fascinating for that.

After 15 minutes, the lek switch was abruptly flicked to 'off'. The males danced no more. The ghosts had evaporated into the night. Or had they? Looking at the top of stems, we spotted two pairs copulating. When they had paired up, we don't know - whether it was on the sly or ostentatiously, we cannot tell. But the next generation was being formed. And those unrequited males phantomed off into the night, unseen - but never forgotten. The Ghosts of the Green had bidden us farewell.

Every so often, one male would bash into another and a full-blown skirmish would break out until one male collapsed into the ground flora. 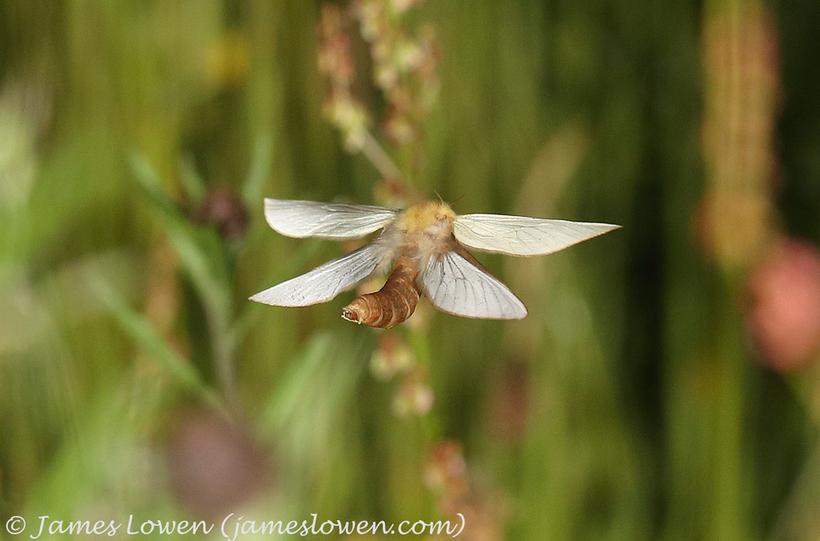 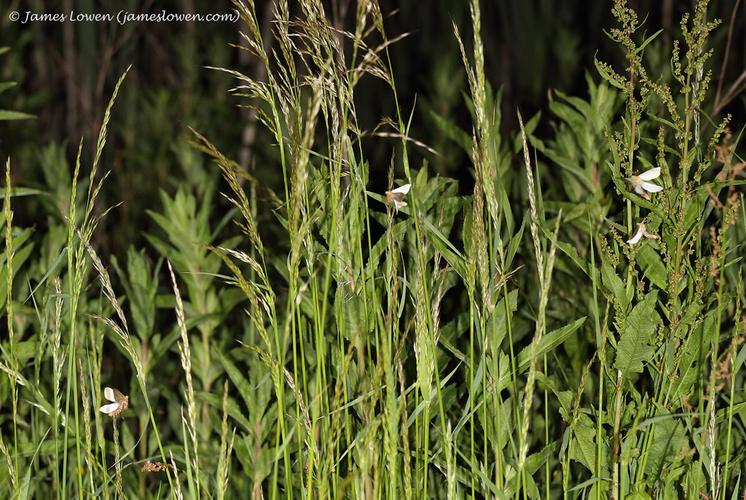 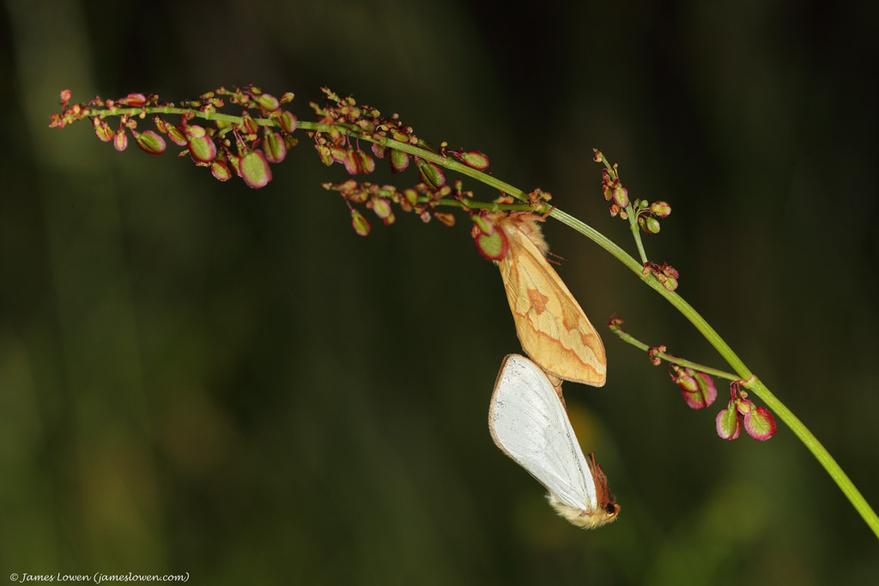 One of my most-wanted experiences in #MyMothYear was to witness Ghost Moths lekking - big white angels flirting with meadows as dusk falls in a quest to entice females to mate. Ghost Moth is not a rare species - I have caught several in my garden, for example, and they certainly don't breed here - but finding a lek within a reasonable distance is another matter. Ben Lewis titillated me with tales of Ghosts lekking at dusk at a Breckland site last weekend. But I kept the faith that my oldest friend - a man I have known since I was a first-year at secondary school and he was a sixth-former - would come up with the goods. And, on Thursday, as we were ensconced in Dungeness moths, Chris Sharpe messaged me to say that his village green was indeed hosting a lek. We made plans to be there the following dusk, on our way home from Kent.

Thanks to Chris for allowing me to embed this excellent video here. 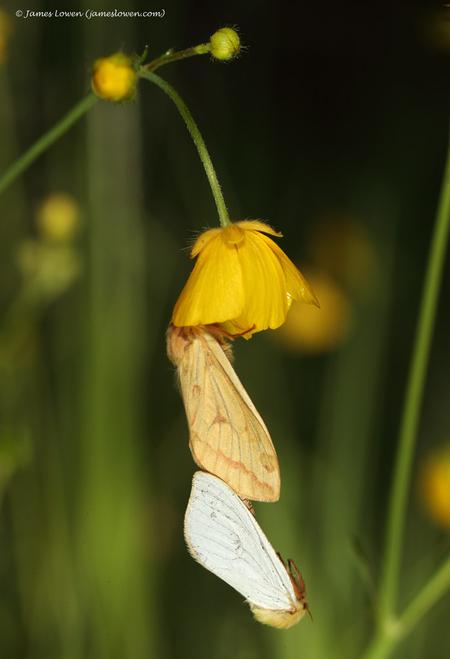 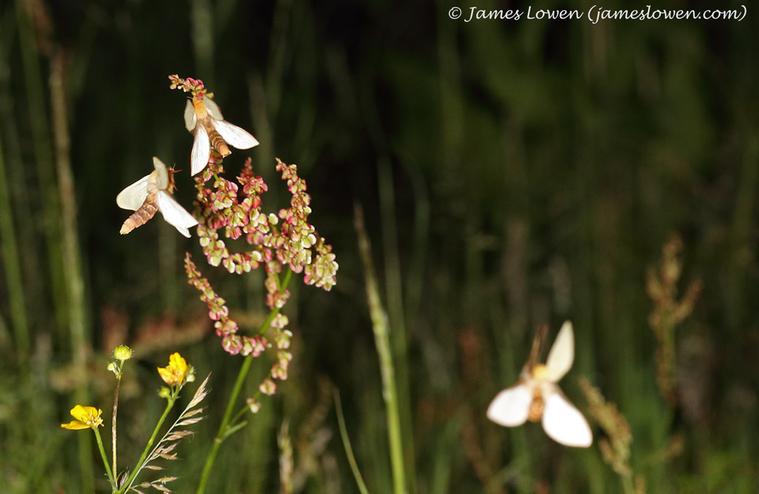 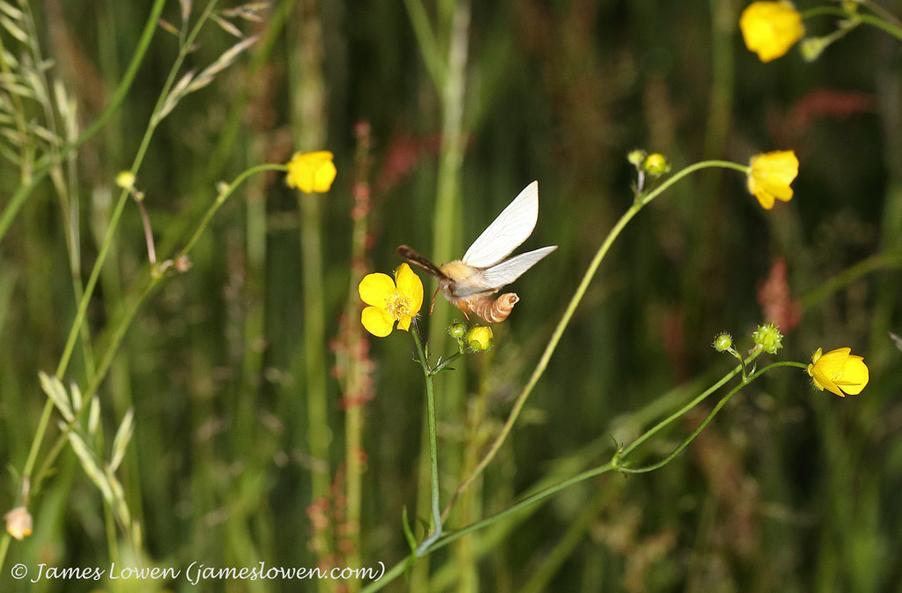