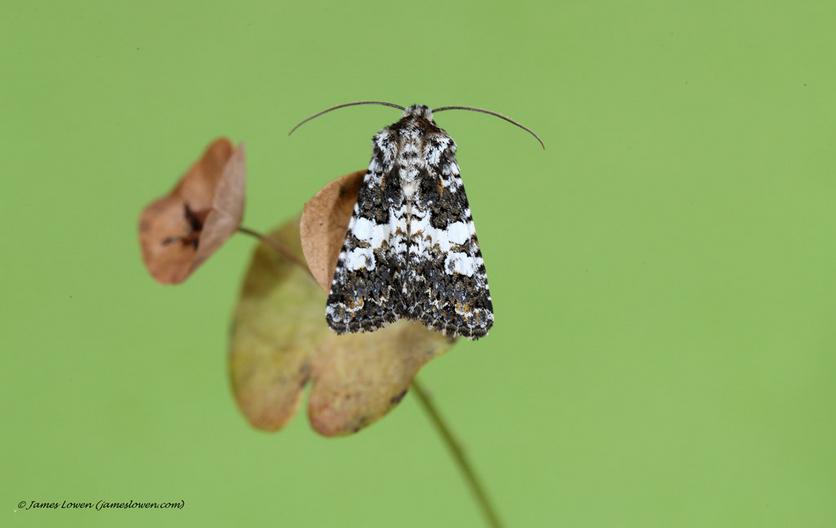 The day's final joy was a Varied Coronet in the moth trap.

On the way home, I popped into Wiveton on the off-chance that the previous day's Blyth's Reed Warbler was still present. It wasn't, though the selfsame spot had a singing Reed Warbler! When nearly back home, I made a short detour to see the fine male Rose-coloured Starling in the Norwich suburb of Sprowston. The Rosy Pastor was frequenting back gardens in an anonymous 1920s bungalow estate - sadly not the anonymous 1920s bungalow estate in which I live. 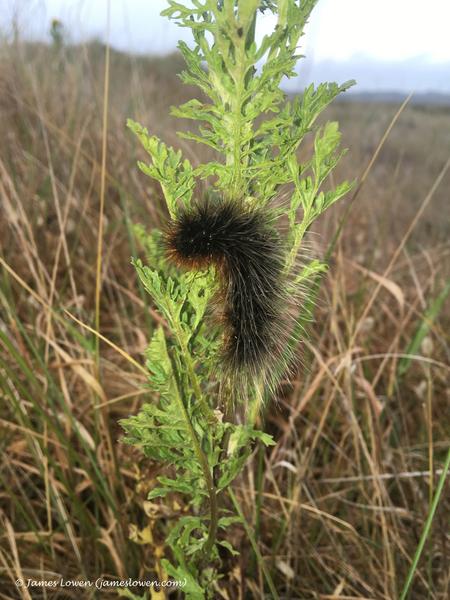 "Walking Blakeney Point is like playing cricket," a friend once told me. "Not to be started until after midday." Nevertheless, at 05h30 yesterday morning, Stuart White and I were walking from our parked cars in Cley towards the coast, ready for an assault on Norfolk's famous shingle spit. Clearly later in the day would be better, with heavy rain forecast. But easterlies, overnight showers and thick cloud are not conditions to be sniffed at when you're yearning to find Britain's first switchable mainland Green Warbler... or a Rufous Bush-chat... Needless to say, we didn't see a single passerine migrant for our 10 miles of foot-soldiering. The least expected bird was two drake Eiders winging west along the tideline in company of a female Teal. A Hobby was pleasant too, as was bumping into two Stonechat families. But passerine migrants: nope. Nevertheless, if it wasn't for 'prior commitments', I'd be out there again today playing Shit or Bust, after last night's rain and muggy mist. Despite the lack of avian succour, the Point is always enjoyable, in its way. I loved the flowering Sea Bindweed and Yellow-horned Poppies. A couple of Garden Tiger caterpillars were woolly-bearing their way up Common Ragwort. There were hundreds of Scrobipalpa micro moths in the suaeda: presumably the Nationally Scarce S. suaedella,but (despite looking distinctively like a mini-Diamond-back) it is officially 'gen. det.' only, so my photographic evidence serves not for submission of the record. Moth of the day went to the Nationally Scarce Aristotelia brizella, a species of thrift and sea lavender that I have only previously seen at Portland. There appear to be 13 records on the Norfolk Moths database, 12 since 2010. Is it genuinely rare, overlooked or expanding?