I grew up in Yorkshire and love the county dearly. Of my various bird lists, my most precious (if one of the smallest) is my Yorkshire one. Not that I make special efforts to see birds in Yorkshire, of course - I only saw my first Little Egret there in 2018. but seeing a bird in 'God's own' counts double in my head. Accordingly, seeing the Black-browed Albatross at Bempton two months ago was particularly special. But views that day were a bit constrained (I respected social distancing so was largely getting glimpses and didn't take any worthwhile photos). The better the bird showed, however, the more I yearned to go back. But I couldn't really justify the carbon, time or effort in doing so in what has been a work- and family-packed summer since the May reopening. When a White-tailed Lapwing appeared at Blacktoft Sands a couple of weeks back, the temptation rose considerably. I haven't been to Blacktoft since 'volling' there as a teenager, and my only W-TL was a relatively distant bird at a fellow RSPB reserve, London's Rainham Marshes. After missing a few opportunities to join friends heading up for one, t'other or both, I resolved to head to Yorkshire at the weekend.

And then news of the Green Warbler at Buckton broke. The first twitchable mainland example of a species that has become annual in recent years, this was too good to miss out on. I couldn't go on the first day due to work, and Friday would have seen a time-constrained trip that might have have resulted in a dip were the bird to perform as poorly as Thurs, so I decided to risk waiting till the Saturday, when I would join forces with Stuart White. After kipping in the car, we wandered north along the cliff. One nervy hour after first light, the bird showed and the immediate pressure was off. It took nearly three further hours for me to get decent scope views, though, and my only photos shot bits of the bird hidden behind willow leaves. But a smart, bright, colourful, wing-barred gem it was too. Strolling back along the cliff brought some wonderful views of the albatross. What a bird this is. Two detours on the way south treated us to the lapwing at Blacktoft, which was packed with ducks and a few waders, and to the Black Stork (my first in Britain since 1991) at Frampton, which was packed with Spoonbills, godwits and other stuff. The final stop of a 22-hour trip was a mile from home, in Norwich, where Dave Holman and Christine Steen had caught a Porter's Rustic - Norfolk's second record of this immigrant moth - and were kindly allowing visitors. A splendidly distinctive and subtly attractive small macro, but sadly no photos as my 500mm was firmly clamped to my camera, rather than my macro... What a day. Thank you Yorkshire (and Lincolnshire and Norfolk). 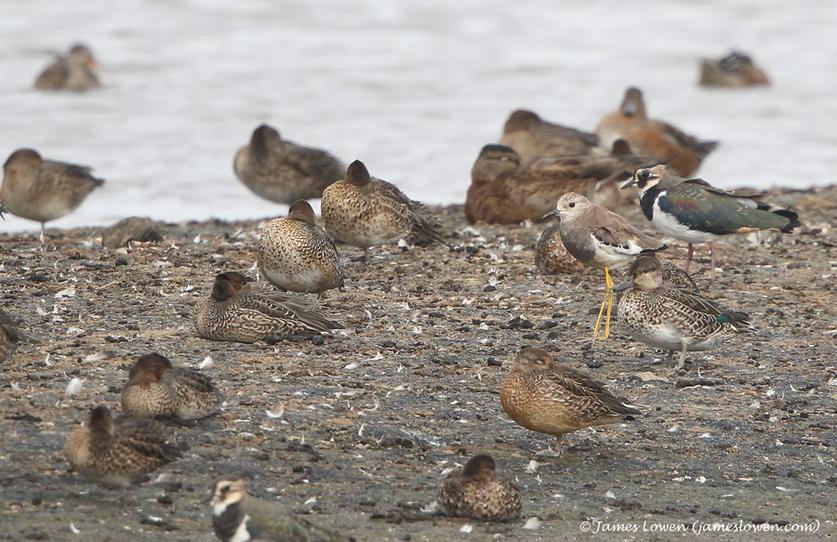 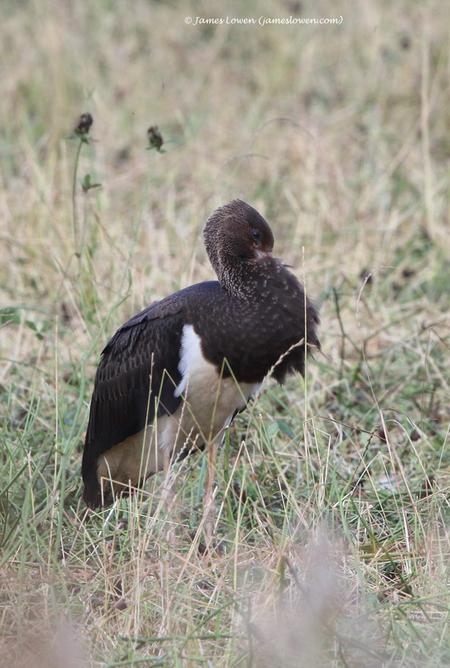