By 7am it started to rain, and had turned heavy within an hour. Reasonable conditions for amphibians, and, indeed, this Natterjack Toad was voted 'bird of the day'. 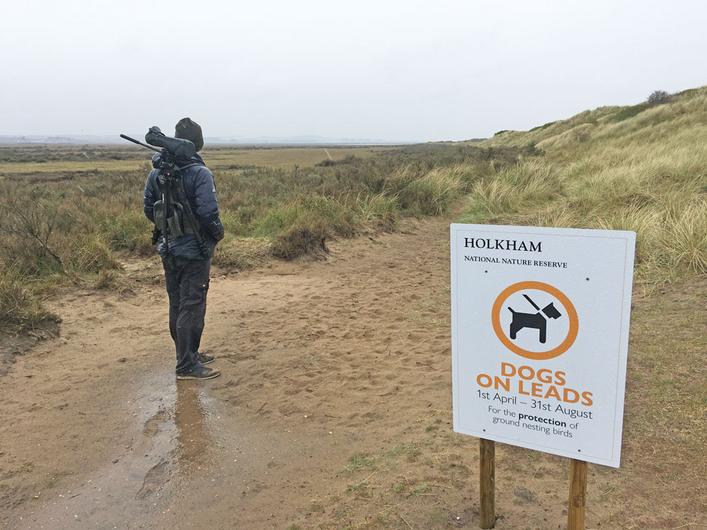 The event in the title, organised by eBird/Cornell Lab of Ornithology on 10 May, again broke all previous records for the numbers of species seen and participation. An admirable event, and one in which it was very pleasant to take part - alongside Dave Andrews and Stuart White, and as part of Jim Lawrence's BirdLife International Species Champions team, which stretched right across the globe. 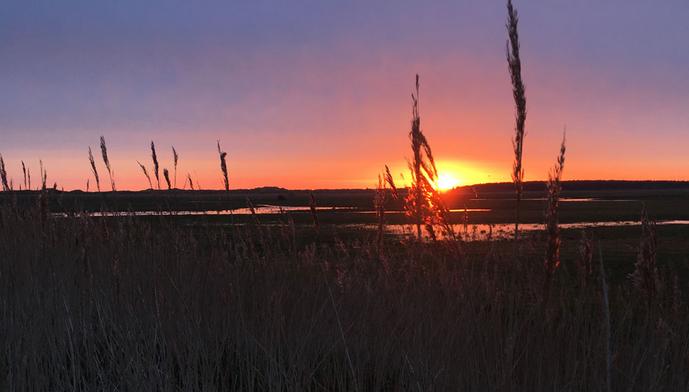 With the help of birds such as Common Crane (walking around the marshes), Firecrest and Pink-footed Goose, we cracked 100 species by 0830. After that, it was pretty much game over. Despite battling on for a few hours (including twitching a very soggy Grey-headed Wagtail at Wells), we were all so soaked through as to call it a day around noon. It was not until later in the day, at home, that I managed House Sparrow, Great Tit and other common birds that we had contrived to miss on our 13-km walk. Same date, same place, next Global Big Day? 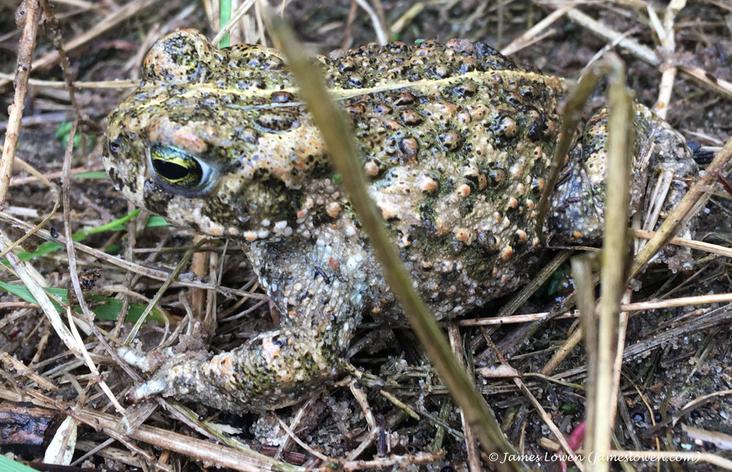 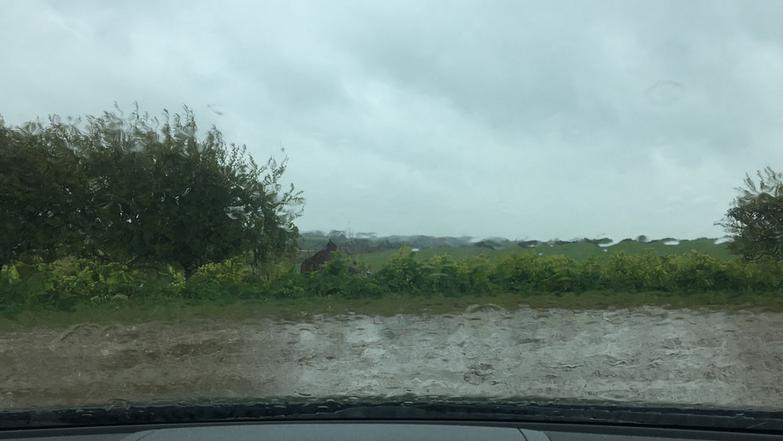 With a nice variety of habitat there was plenty to see. Migrants were thin on the ground, though 2 Ring Ouzels, several Wheatears and a smattering of Willow Warblers and Chiffchaffs flicked or sped around the dunes.

Before sunrise, we had mustered about 35 species, which wasn't bad going given that we could barely see anything. 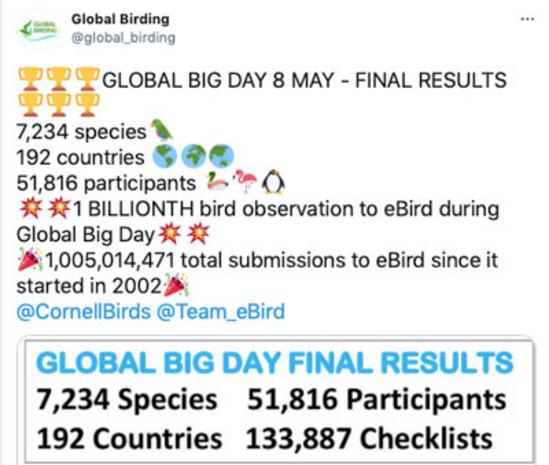 The day promised much for birding in East Anglia, with south-easterly winds sweeping in driving rain. (This was useful as all that I managed the find the previous day was a couple of Curlew Sandpipers, although I did enjoy the displaying Buff-breasted Sandpiper in Suffolk.) Talk before we set off was of Calandra Larks and even mightier fare. I was too excited to sleep, so gave up trying and set off in the early hours, nailing three owl species and two warblers en route to Burnham Overy Dunes.