Then I had a brainwave. Rye Meads is a mere 15 minutes off route between Norwich and London. And we were on a family trip to London on 13-14 Aug. Perhaps we could call in en route? Sharon acquiesced - as long as I could restrict the visit to half an hour. Any chance to see was better than none, so I grabbed the deal on offer.

Jon Clifton encouraged me not to relinquish hope so soon. There remained time to find Norfolk's first Raspberry Clearwing, he intimated. A chance chat with Dave Holman confirmed this; he saw this new colonist at RSPB Rye Meads about this time last year, so it shouldn't be game over for 2016. An email to the reserve manager elicited no intel; there had been no attempts to track down Raspberry Clearwing on the reserve this summer. Nevertheless, Will Soar and i hatched a tentative plan to chance our arm. But it seemed an awful long way to go for a moth; we investigated another option at a closer location (an Essex garden) - but to no avail.

I swiftly potted the Raspberry Clearwing and cooled it down to calm it. Once it was stationary, I allowed myself 30 seconds to photograph this lovely insect, released it, then trotted back to family and car, to resume our trip southwards. Get in!

But the first omen was the right one. Arriving at the blackberry-surrounded boardwalk to the Teal and Gadwall hides, I hung out the lure. Within three minutes, a large black-and-yellow clearwing drifted sedately towards the lure. Game on! 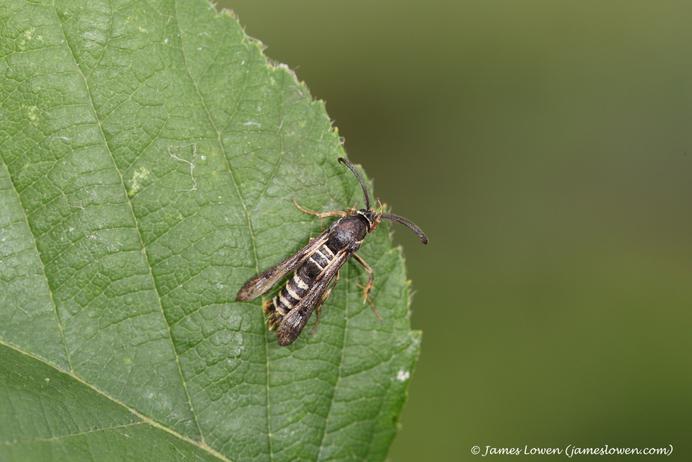 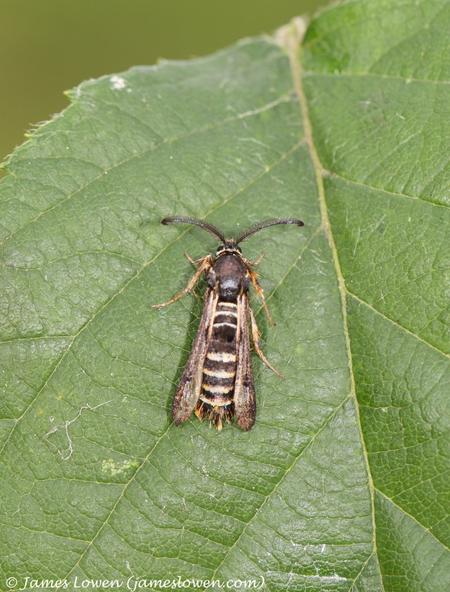 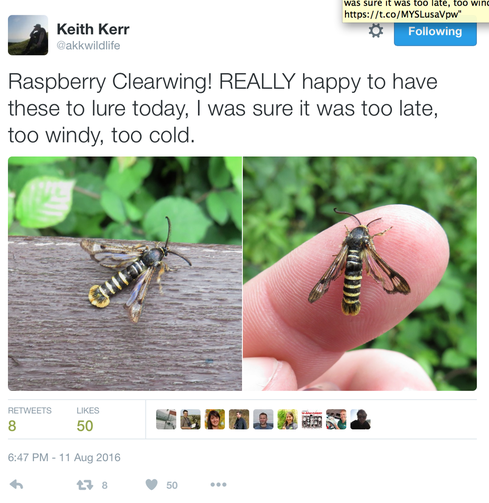 My recent blog about clearwing moths was premised on my successful summer catching up with these wasp-mimics being over. I had seen eight species this year; any additions to that list would have to await 2017. 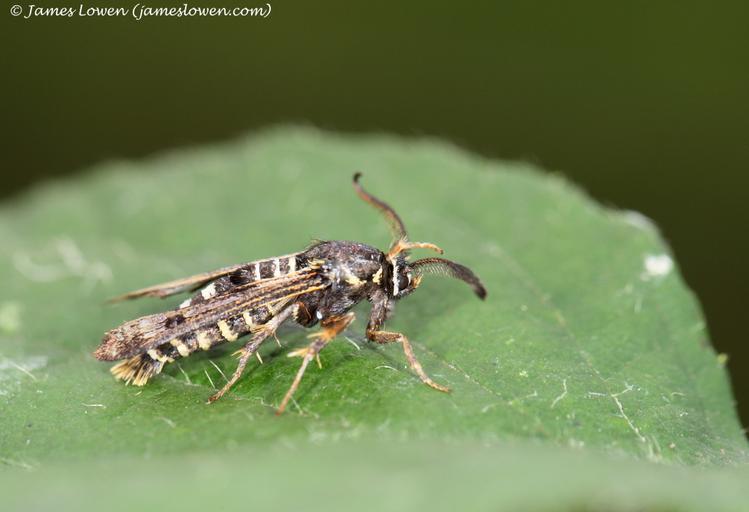 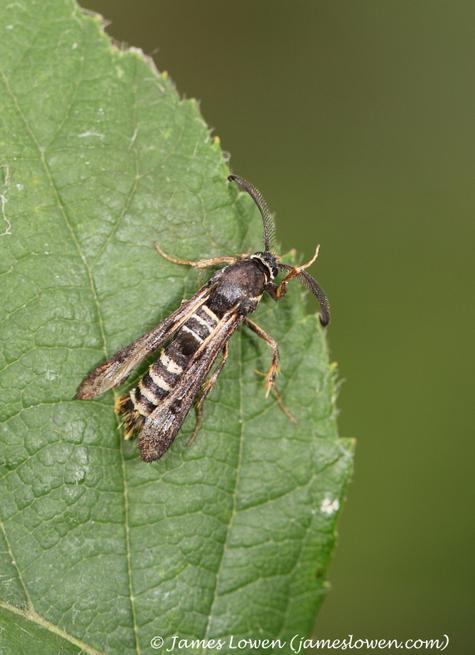 News that Keith Kerr had succeeded in finding Raspberry Clearwing at Rye Meads on 11th raised my hopes. Inclement weather on 13th returned them to realism; cool, cloudy, breezy. 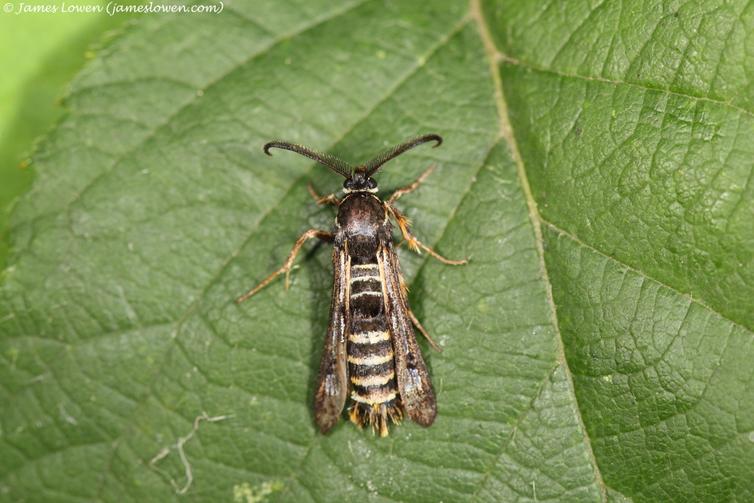