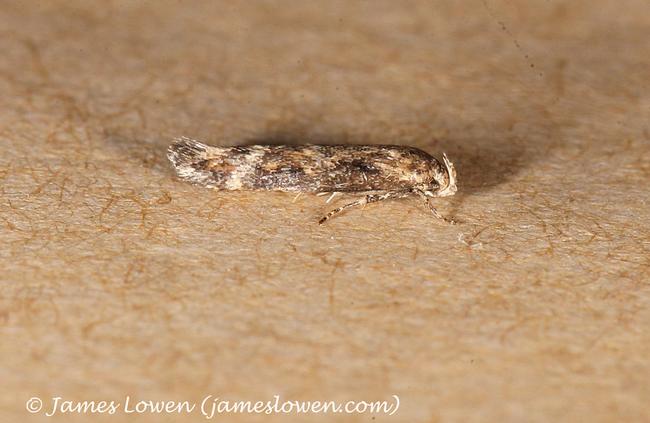 But today is Valentine's Day. So let's speak of love. I loved seeing the Spring Usher that Will had caught (above). A wavy, subtly beautiful creature. We also took the opportunity to admire (no, LOVE) a few other classic late-winter moths: Oak Beauty, Common Quaker (my earliest ever), Pale Brindled Beauty and Early Moth. 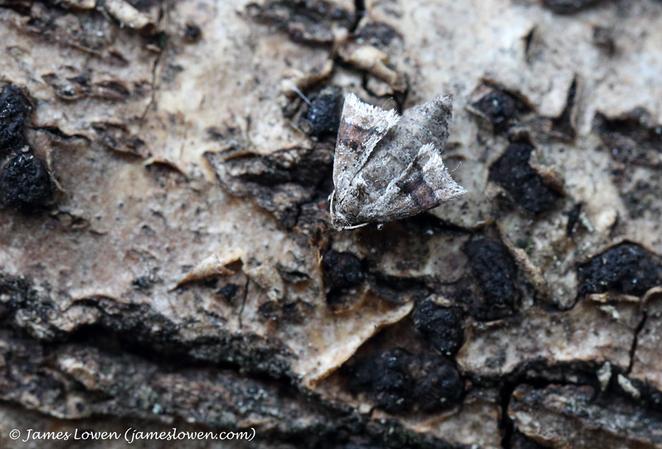 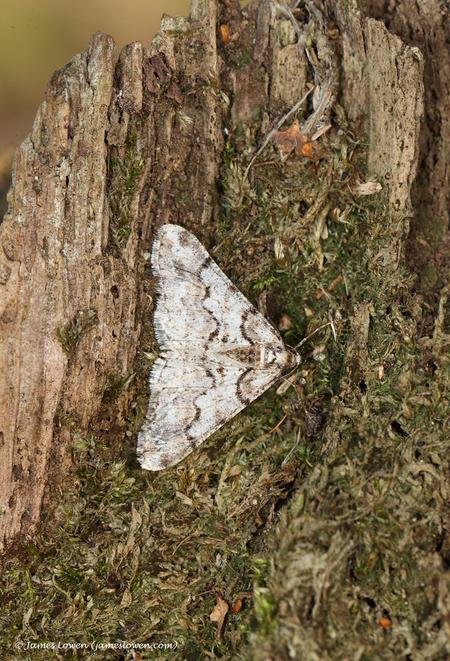 And given that its Valentine's Day - have I mentioned that yet? - let's spare a thought for the lady Early Moth. Whereas the male has wings and can swan about aerially, Her Majesty has stubby appendages that serve no airborne purpose. Should she wish to find love, or at least give rise to descendants, then she must crawl up a tree trunk and waft pheromones into the atmosphere to attract a suitor or three. Here is such a flightless female that made its way to a moth trap just outside Norwich and with whom I was granted an audience a few days ago. Lovely Lady, I salute you.

This morning I popped over to my friend Will's flat for a coffee. Because he serves instant (and because I am a coffee snob [always was, even on the dole in the mid-90s]), I actually took the coffee with me. But that's besides the point. I went to Will's to photograph a Spring Usher that he caught last night - it's been a good year for them, and I've only seen a couple before. As Will extracted milk from the fridge, my eye was caught by a tiny moth spiralling upwards onto the curtain in Will's front room. I wobbled over and couldn't identify what I saw. Will came in and potted it. He couldn't identify it either, but got it down to a species of Mompha. We reckoned it was conceivably New Neat Mompha Mompha bradleyi, which Marcus Nash caught recently in north Norfolk. But Mompha are very tricky to identify, and could just as well be Neat Mompha (divisella) or Scarce Mompha (jurassicella) - and indeed advice received subsequently suggested that it looked more like the latter. All three species are categorised as Nationally Scarce, which means they are darn rare. There's 1 or 2 Norfolk records of jurassicella per year in Norfolk, but apparently just six records total of the other two species combined (and none of divisella​ since the 19th century!). So New Neat Mompha, as well as being a wackily named creature, would be a bold shout indeed. Accordingly, we called a friend - in fact, several, via WhatsApp and Twitter. "There's only one way to tell what it is," came one reply. "Was it retained for dissection?" came another. And here's the rub. The only way to tell for sure what our little moth is would be to kill it and chop up its gonads ('gen det' in moth-speak). To know, we have to kill. Each year this makes me squirm a little more. It's an ethical dilemma worthy of the Moral Maze. I completely buy the argument that I would not be causing a population-level impact if I were take this particular specimen. And it follows that for the conservation good of this species, this individual may well contribute by letting itself by conclusively identified. To stand a chance of conceiving such a cryptic creature, we have to end its life. I have no truck whatsoever with moth-ers who do collect specimens. But, on an entirely personal level, I confess to increasingly going a bit wily-livered at doing so myself. I make no claim to be whiter than white; I am very much in the grey area. I have previously sent two moth specimens to be gen-detted (one proved to be a common species, the other was I think new for Norfolk). But I don't like killing anything, let alone a creature I care about. I rail against the practice of hunting. I prefer life in my wildlife. But if we didn't squish and cut, our capture would have neither scientific value nor conservation benefit. It would go down as a possible, an unproven, an uncertain. By not killing, we would do conservation a disservice. Where does the balance lie? Would I fail the creature if I collected it, or fail conservation if I didn't? In this instance, the decision wasn't mine to make. The moth was in Will's flat, so it was his call. When I left his abode, his intention was to liberate the Mompha sp. To let it go free, inconclusively identified. I really don't know what the answer is. But I do know that I'll have to investigate it pretty thoroughly for my new book. That's what a journalist does.