Then the waders started! 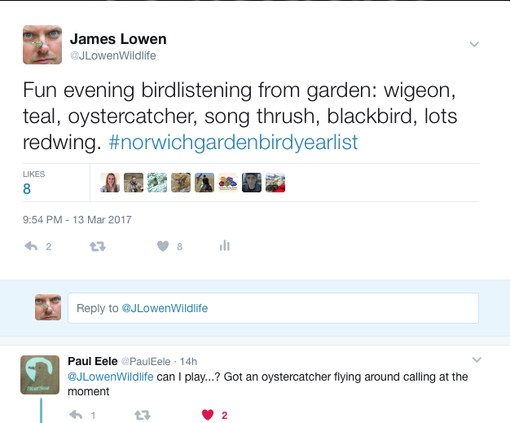 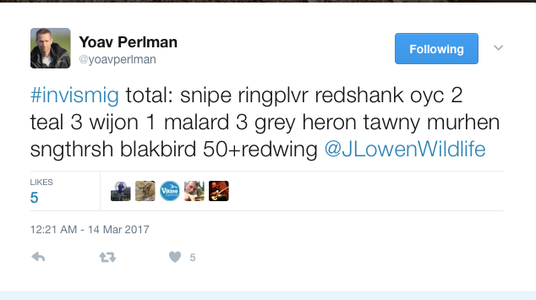 We soon all added Wigeon and Teal to our Garden Yearlists. Some heard Mallard too, and, for one lucky bod, there was a single call note from what sounded like a Gadwall. We alerted other local birders by text and Twitter, so more people started adjourning to the garden for a fag break.

The evening started (below) with Craig Robson sending a message round our local Whatsapp group that he had heard Wigeon flying over his garden. A garden mega! This prompted Dave Andrews to venture outside, whereupon he heard some Teal. At this point, we realised that something might be happening. 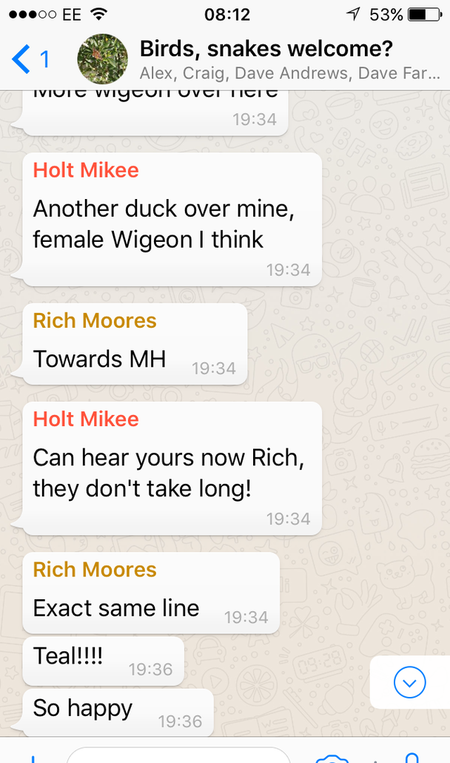 Alerted by ample message-sharing, several of us downed dinner and handed over with children to spend the rest of the evening outside, listening skywards. Each time someone heard something, they Whatsapped others so that those living in the vicinity could stand a chance of a brilliant house tick. 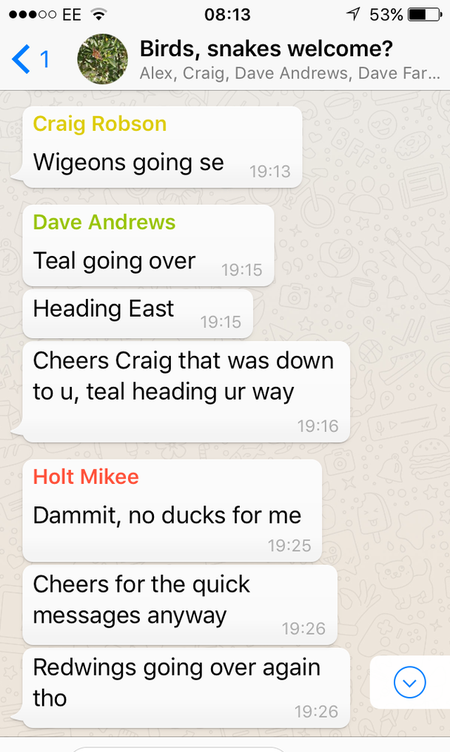 Birders have long talked a lot about visible migration, known as 'vismig' in shorthand. This is when birds fly over us, on migration, by day. We have talked less, however, about 'invisible migration', which I guess we can legitimately abbreviate to 'invismig'. The Sound Approach folk down in Dorset, notably Nick Hopper, have done some work on what flies overhead when most of us are asleep, and the practice reached a zenith last year with the oodles of Ortolan Buntings that were sound-recorded flying over that county by night. Last night, local birders competing (and collaborating!) in the 2017 Norwich Garden Bird Yearlist Challenge got in on the act, big time.

Sadly, there are no photographs to illustrate this blogpost. But then, this was 'invismig':  we didn't see a single bird the entire time. Will it be repeated tonight, we wonder? Only one way to find out...

I only managed Oystercatcher, but - between us - Norwich birders had Common Snipe, Green Sandpiper, Curlew, Ringed Plover and Redshank as well. Amazing! Top of the Pops was Yoav Perlman who managed four species of wader, all new for his Garden List. Being an insomniac, he could stay up and out later than the rest of us. 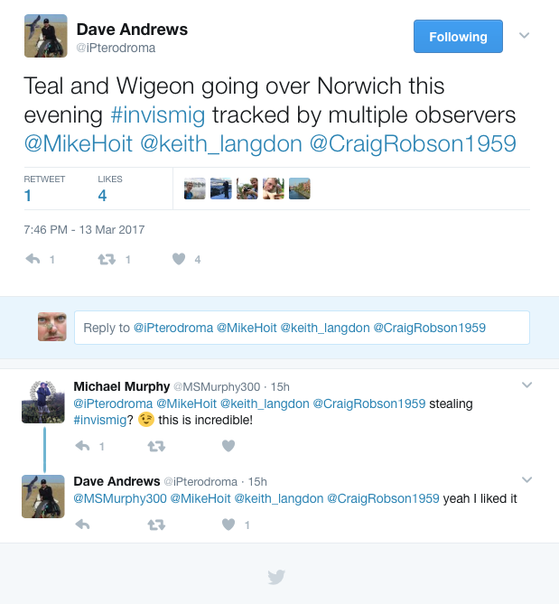 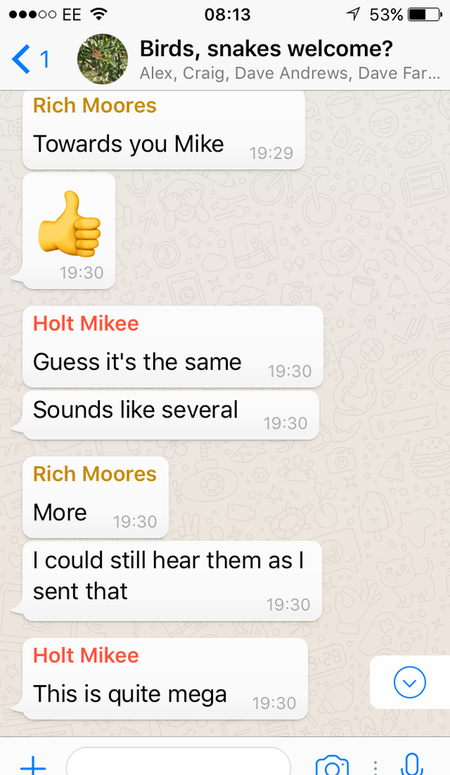