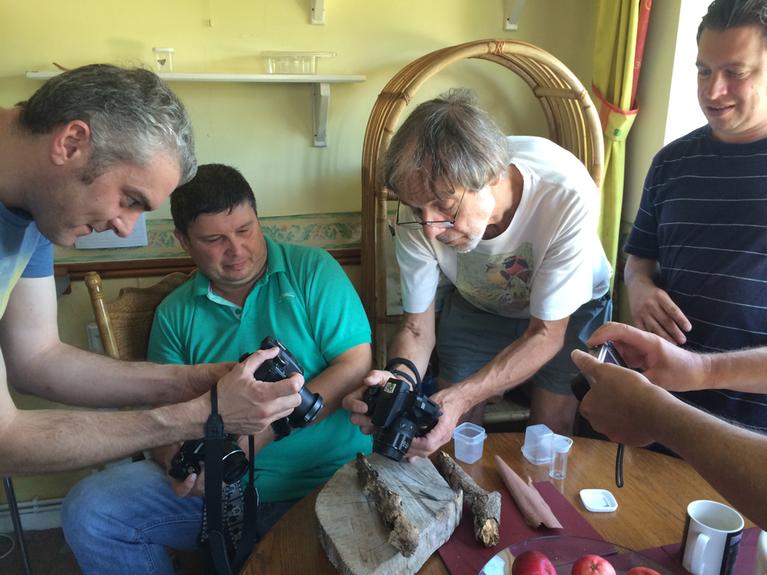 And finally, top nature-writer andinsightful book-reviewer Amy-Jane Beer last night sent me a tweet that I may never forget. And in doing so managed to rename part of her bedroom furniture.

And in other news... (Yes, I know I have used that before, but this really is entirely other news.) the short interview I filmed in late August for BBC Countryfile went out on Sunday 11 Sep. Mine was a little cameo ("ornithologist and author") as part of a piece by Tom Heap on the troubling State of Nature 2016 report, lead-authored by the excellent Mark Eaton and formally launched today. Click on the link above to view the show for as long as it remains on iPlayer. In due course, I'll whack an extract on my Events page. Right here and now here are a few stills from the interview. Which demonstrate that I clearly need to lose weight. 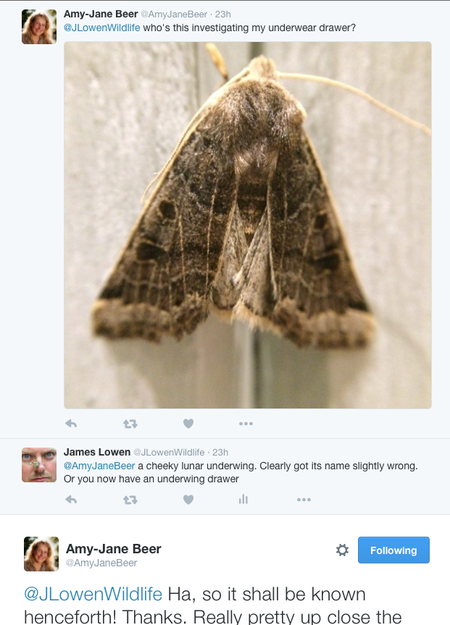 A few other bits and bobs have graced our garden in the past week. These included crowd pleasers such as Bordered Beauty (only my second, and Matt Casey's first), Brindled Green and Large Raununculus (both firsts for the year) and Engrailed (first for the garden). A wee micro proved to be the rather scarce Caloptilia semifascia, but it scarpered before I managed any decent shot of it.

And now for a portrait of the star they were seeking.

Yes, you did read that blog title correctly: +ia. Or Plusia. Or, in this instance, Dewick's Plusia. Since not long after starting moth-ing I have craved seeing this particular scarce migrant. Today, thanks to David Norgate's bladder, it happened. In the early hours of this morning, David got up for a nocturnal wee. (He passes this off as him being of a certain age.) As he was up, he popped outside to check his garden moth trap. And spotted this scarce European creature sat on a white sheet adorning his house wall. Quick-witted man that he is, David potted it. And then, generous man that he is, drove it into Norwich after breakfast such that a ragbag of local moth-twitchers could enjoy it. Myself included. 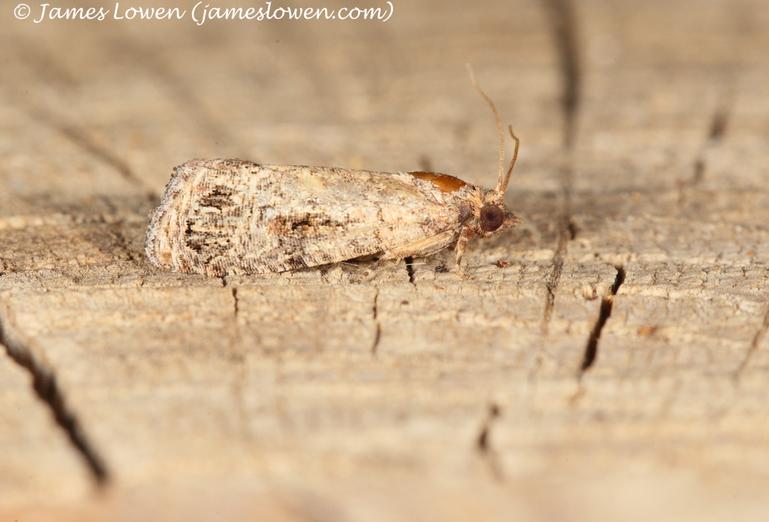 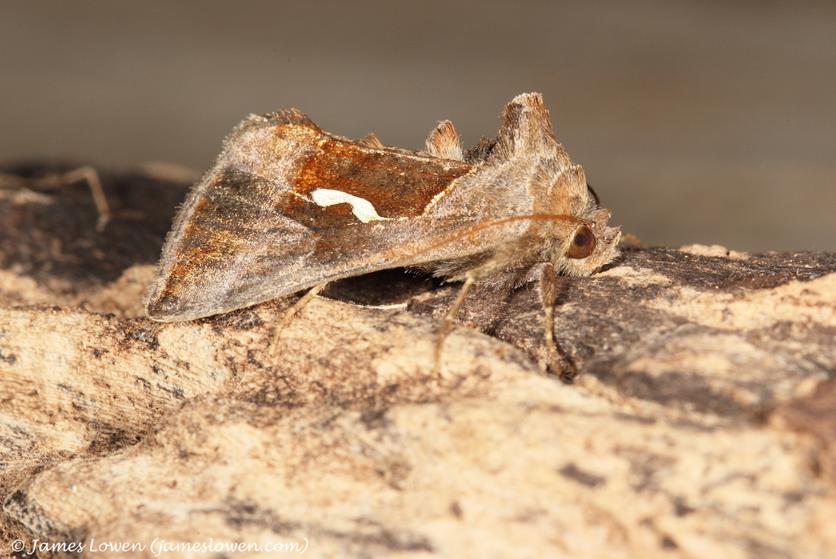 In other news, my trap last night appears to have caught a first for Norfolk. Which sounds good. But the reality is less so. My critter, a worn little tortrix moth, flummoxed those +ia-twitchers above. It took the expert eyes of Steve Nash to venture that it was a False Codling Moth. This Afrotropical species could (just about) conceivably have flown here on this week's southerly winds, but more likely emerged from a container of citrus fruits at Sainsbury's, or from the inimitable Gurney Road garden centre that provides Matt Casey with exotic invertebrates. Whatever its origin it is a pest species - so not really welcome in Europe. Confirming its identity will require Jon Clifton to chop up its nads. Something to which I normally object (if your hobby requires you to kill things, it's time to get a new hobby). But in this instance, the wee moth had expired - presumably as a result of today's Afrotropical heat. Which doesn't make a good case for it being a wild migrant...  So, a presumed first for Norfolk then, but hardly an exciting one.