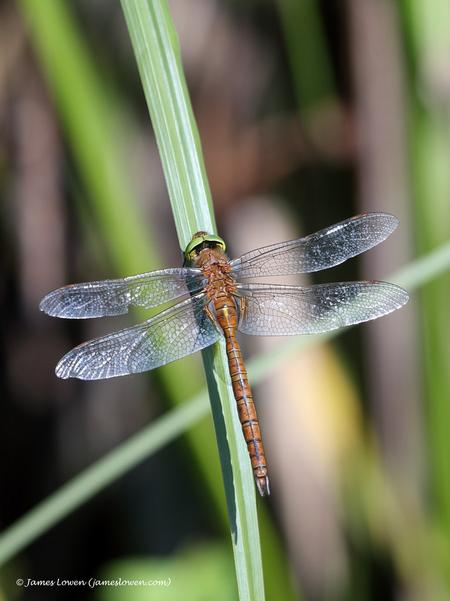 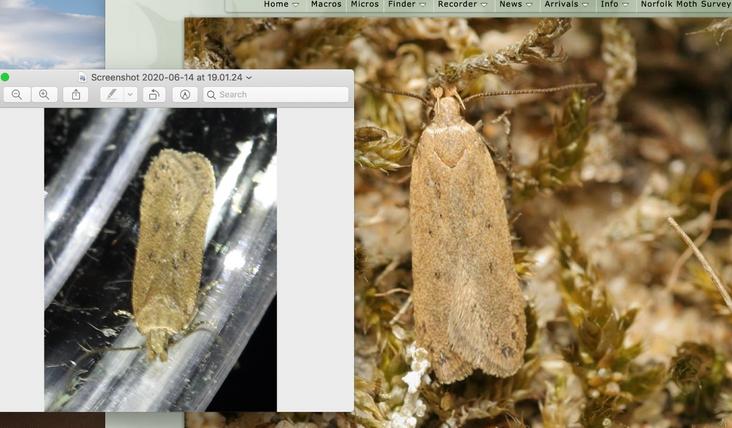 Some micro interest was provided by Pediasia aridella (apparently new for the 10km square) and numerous Anerastia lotella. ​We also had several dead ringers for Bryotropha desertella (see below with comparison photo on Norfolk Moths; my photo on left), but the taxon is gen. det. only, so no record is submittable.

Final shout-outs to a couple of other insect orders. At Thorpe Marshes, plenty of Norfolk Hawkers were on the wing, but I also saw Scarce Chaser which seems to be rare here (possibly the first record was this month!). And home produced three individuals of the lovely overfly Xanthogramma pedisseguum.

Beach moths were good, with specialities including the target Lymegrass (of which we saw three), plus Shore Wainscots, Sand Darts and Rosy Wave. Macro supporting acts came from Sharks, Bordered Sallows and Small Elephant Hawk-moths. One of the Sand Darts was rather odd: small, broad-winged (rather than 'slim-hipped') with no dart marking and a wavy cross-bar at the base of the wing. Nevertheless, it can only be Sand Dart, right? Kidney fits that species.

A nice couple of days: two garden moth traps each with 70+ species in them, including another Grass Rivulet (only my third here), a Savi's Warbler to continue Norwich's fine run (Quail, Corn Crake, Rosy Pastor; plus White-tailed Eagle, Black Kite and Crane, for some...), and the first overnight moth trip of the year - to a Norfolk beach, with Ben, Sarah and Will. I saw the Savi's early Saturday morning, then very early (i.e. before 4am) on the Sunday, as I returned home from the coast. It was never close, typically invisible and otherwise partly hidden. Nevertheless, some nice views were had. And that song (listen to my recording here) is simply wonderful, as ever.