​In an autumn unfettered by easterly winds and thus scarce migrants on the Norfolk coast, one birding phenomenon has saved the season. Even better, 100% of my enjoyment of it has taken place in my own garden. Visible migration - the overhead, daytime passage of birds - has thrilled and frustrated in equal measure, but involved precisely zero travel. Let the birds travel, not me.

Whilst I was in Portugal in late October, I followed with ever-greener eyes Whatsapp discussions between our gang of Norwich birders. Someone had looked up to the skies one morning and spotted Redwings flying overhead. Within 24 hours everyone seemed to be in on the act, getting up at dawn and spending the first two hours of daylight looking and listening to thrushes and finches, larks and lapwings, ducks and geese. Hawfinches were on the agenda for a lucky few - what a garden tick! - the legacy of this autumn's remarkable invasion, which so far I had only encounteredat Portland in mid-October. Passage continued unabated, as my 'competitors' on the 2017 Norwich garden bird yearlist challenge (see here for Rich Moores' summary of the 2016 event) racked up new species after new species, and eyewatering numbers of autumnal arrivals.​

And then, finally, on 13 Nov, the bird I was really after - the bird all garden-listers have been after since the irruption started in mid-October. Dave had had several over his garden, Phil likewise over the university, Mikee had danced along a Golden Triangle street when one overflew his abode. Hawfinch, what else?

As I made to leave my new 'office' at 0735, two calls in quick succession reached my ears. A 'tswick' and the thinner call that most migrants have been giving. WTF? Sprinting outside, I looked up as the monster finch passed low overhead - big-headed, stocky, short-tailed and white-flashed of wing - calling all the while. This was no reverie, no mishearing. A glorious Hawfinch was flying low over my garden, demanding my attention by calling my name. I danced a mad jig, Whatsapped the group and swore delightedly and repeatedly. 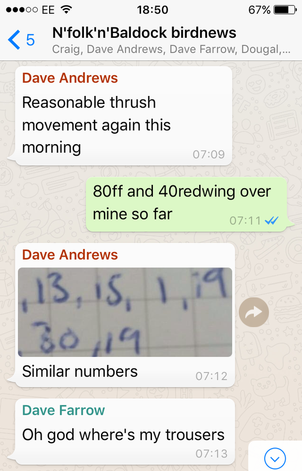 And then the stars. A male Yellowhammer flew low north one day. Get in! Another morning what looked and sounded exactly like a Tree Sparrow did the same thing. If it wasn't one, I didn't have the foggiest what it might be. Nevertheless, I was shy of claiming it - but the 'pub rarities committee' (Phil and Dave anyroad) accepted it: 'they do migrate', I was reminded. 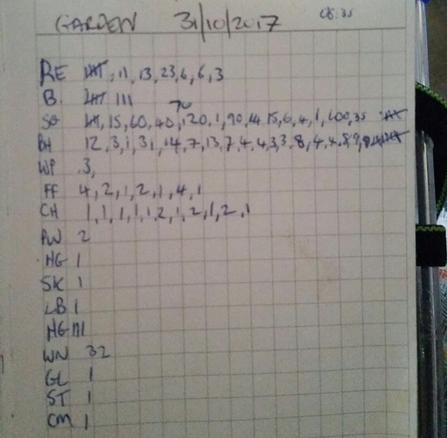 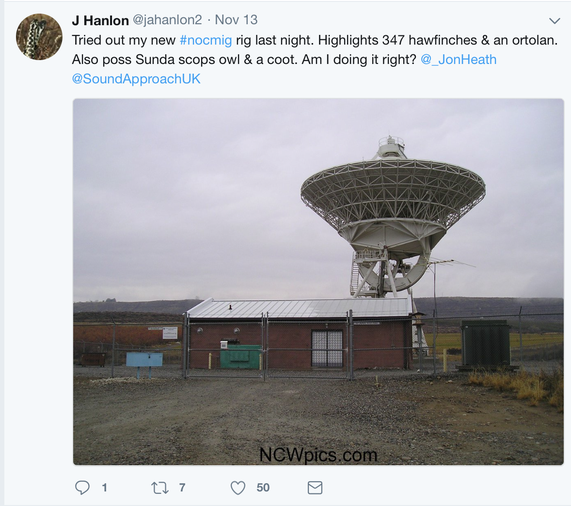 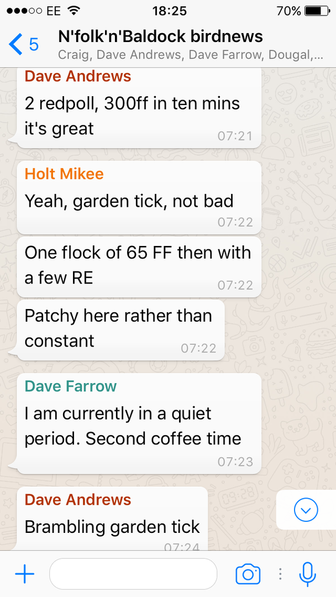 I returned home on 2 November and was outside at dawn the next day. I assumed that the passage would be over - that I would have missed out on experiencing a local phenomenon. Not a bit of it. For the following week, the mass migration continued unabated. Generally restricted to the first 90 minutes of light - a period that annoyingly clashes with parental demands of getting daughter ready for school - the passage was intense. I grabbed whatever time I could to stare upwards and listen intently.

And it was brilliant. 'Vis-migging', as aficionados know it, from my garden to boot, has proved to be among the year's best wildlife experiences. Flocks of Fieldfare and Redwing passed regularly overhead; totalling the low- to mid-hundreds most days. A smattering of Song Thrush (scores on one day) and Blackbirds (but nothing like the sooty smokes of the latter on the coast) were mixed in, so too the first Mistle Thrushes of the garden-listing year (though these may well have been local birds, simply revealed by dint of more tome outside). Ample finches too, mainly Chaffs and Siskins, but also Linnets and Bramblings. Lots of Starlings and Woodpigeons, but also Pied and Grey Wagtails. ['Library' picture.] 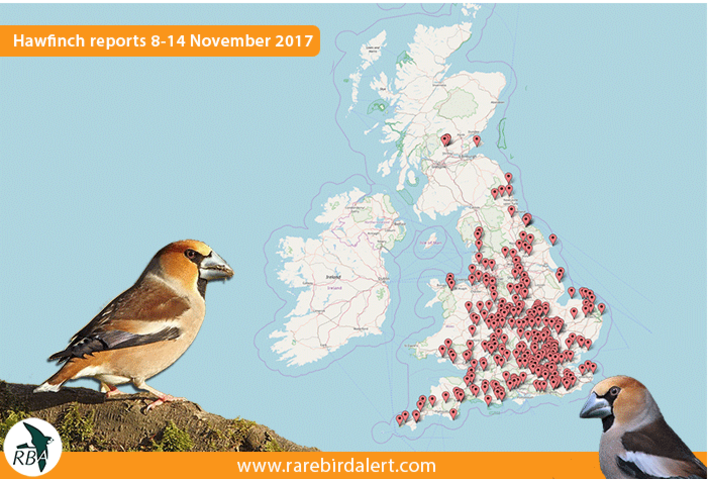 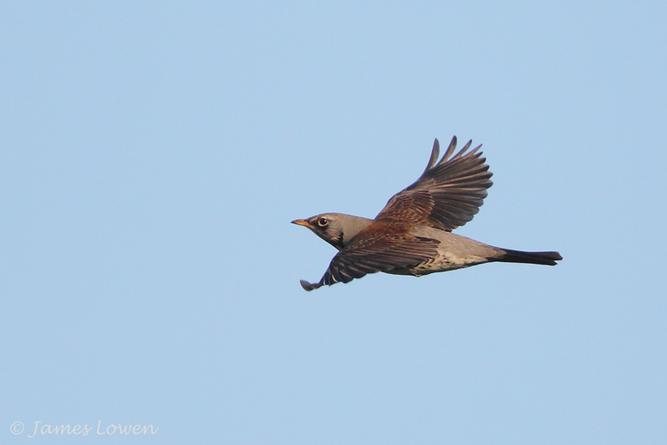