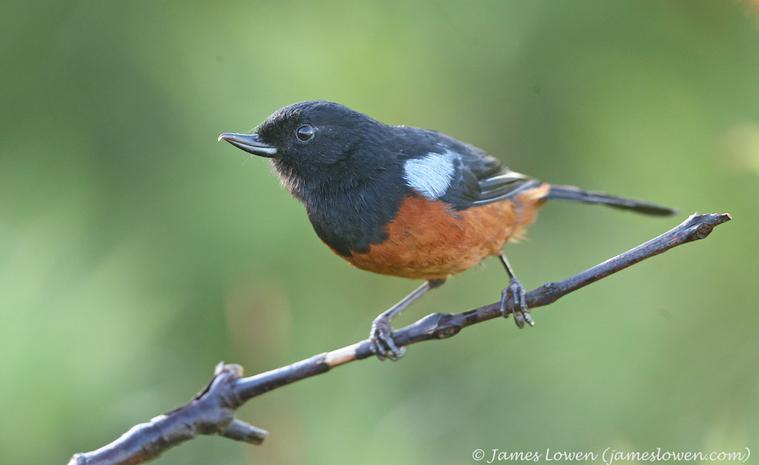 In the same area, we had at least six Munchique Wood-Wrens - another Critically Endangered species with a tiny population. The song was quite the most beautiful thing I have ever heard - listen here (flick through to 40 seconds in). Seeing the birds, however, was a bugger. This is the only individual we glimpsed. 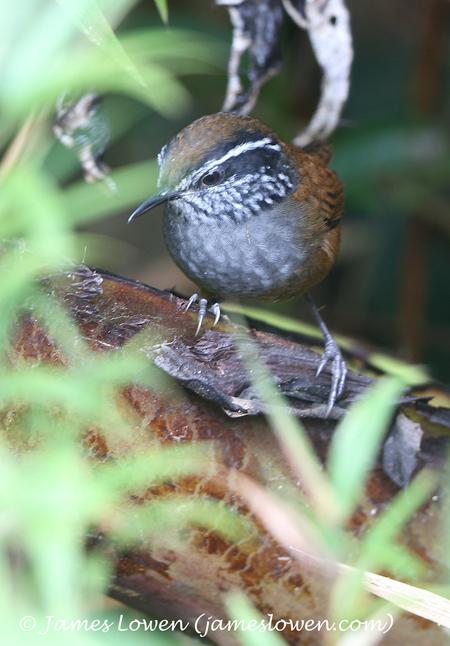 The raft of Vulnerable species included Tanager Finch (the first I had seen since 1998) and Gold-ringed Tanager at Montezuma, Multicoloured Tanager at Otun Quimbaya, a pair of White-mantled Barbet near Rio Claro, and Turquoise Dacnis(-Tanager) at a roadside 'tree of plenty' en route to Montezuma. The latter is strange old beast: it has been lumped with Dacnis but looks a rather different kettle of fish to me: big headed, dumpy-bodied and thick-billed.

Also categorised as Endangered is Cauca Guan. We saw six individuals in total at Otun Quimbaya, all along the main track.

I am going to finish this series of blogs with two images of a Near Threatened species that was among my greatest pre-trip targets. I have long wanted to see Purplish-mantled Tanager, and Montezuma rewarded my patience proudly. What a bird. What a country. Thank you, ProColombia, BirdLife International and all who made the trip so worthwhile! Now it's time to write some articles...

It's the blog I hope you've all been waiting for. In the week that the revised Red List was published, here is a blog focusing entirely on globally threatened birds. In total, I calculate that we saw 13 Globally Threatened Birds, including two each considered Critically Endangered and Endangered. We encountered a further seven near-threatened species. Let's start with the rarest of the lot: the Critically Endangered Glittering (aka Dusky) Starfrontlet. The world population of this hummer may be as low as 50 birds, which makes the five individuals known to frequent the uppermost reaches of the Montezuma Road very significant indeed. We had at least one, possibly three males. 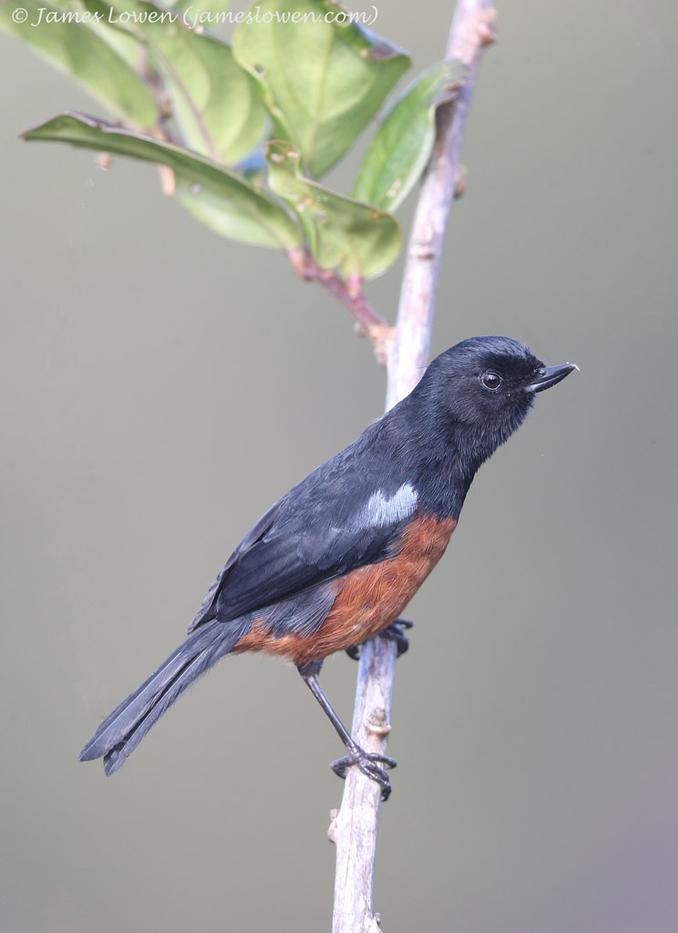 As we were watching this Wood Wren, a Glittering Starfrontlet zipped past. A moment later, a Chestnut-bellied Flowerpiercer appeared. The latter is Endangered - making three globally threatened species in the same minute. Sixty seconds that I shall cherish forever. We saw several Flowerpiercers - a species lost to science for several decades. Most were skittish but I managed to push out one bird (see second image below): what a cracker!