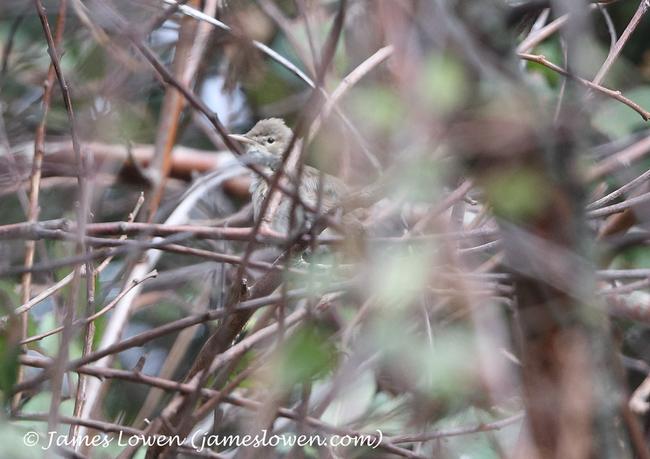 OK, OK. So, today, I did indeed do a naughty and went to see the Farlington Eastern Olivaceous Warbler. I have an oddly soft spot for Farlington because it was the local patch ('the Marsh') of an old student friend, Rob Clay, until he started creating descendants in Paraguay. Parental responsibilities and an unreliable car prevented me going over the weekend when it was showing well in the sun. Instead, I accompanied Ian Robinson today, when it skulked sulkily for hours upon end under the cloud. Removing ourselves from the chattering crowd to scour the back of the bushes, we heard it call a few times during the first 90 minutes. Noisy little lAs the throng dissipated, I joined Ian in the 'front' of the bushes and immediately heard it call and tracked it down. Views weren't great, as it was sat preening inside a tree, but the tail pumping - nay, tail plunging - was worth the wait.