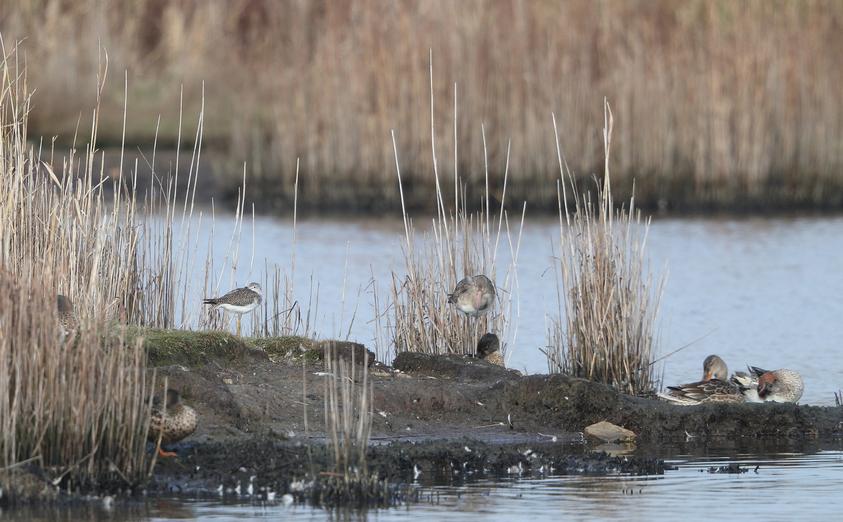 Final stop of the weekend, prior to the long drive home, was Middlebere Farm at RSPB Arne, over on Purbeck. Here we had Merlin, Dartford Warbler and Sika Deer on land, and the long-staying Stilt Sandpiper and three Curlew Sandpipers distantly on the mud. The Stilt was somewhat less leggy than expected when wandering around the bird (presumably because it was sinking in). Phil's third UK tick of the trip - and only my second after a Minsmere adult in the late 90s - and a fine end to a cracking weekend. More!

Splendid scenery for a dip though.

This made Phil and I even happier that we had a Radde's so I phoned the others and we let the Obs know. Sadly, the bird neither called nor showed for the next hour, so we mooched Obswards, unacceptably disconsolate. Here it transpired that Firecrests were invading! Everywhere we looked, these stripe-headed, shoulder-padded beauties flicked and flirted.

Groups of up to 10 were all over the shop. We easily saw a minimum of 40 birds. Martin Cade estimated 150 to be present over the southern Bill.

After much legwork, the afternoon was drawing to a close. It was time to depart - for some filthy shorebird-twitching. First we called in at Lodmoor, where a Great White Egret sauntered around and the Lesser Yellowlegs showed rather unimpressively. Three Little Stints included a grey bird (apparently an advanced first-winter?) which needed checking for something rarer.

Sure enough, Martin Cade emerged to show a sizeable group of patio-loiterers a spiky-tailed young Radde's Warbler. Although caught at the Obs rather than Culverwell, it was surely the same bird that had moved a couple of hundred metres south. A long-overdue tick for Phil, healing 20 years of dips, and self-found to boot.

Hence to Portland. Phil and my most recent trip here was unsuccessful, so bettering it was expected to be straightforward.

After two hours the Rock Thrush was relocated for all to admire. A splendid (young?) male indeed, spangled and subtly colourful. It gave good views at surprisingly decent range (albeit in poor light; iso2500!) - and apparently showed even better a few minutes after we departed. Nevertheless, a smart start to the mancation.

Come early evening, we repaired to The Pulpit Inn for a pint, then to our digs (more hostel than hotel tbh) for pie, pint, ablutions and kip. Sea fret was rolling in, raising hopes for the next day.

I am still recovering from quite some weekend. Stuart White, Dave Farrow, Phil Saunders and I negotiated a couple of days away, and eventually agreed on Portland Bill as a destination. On Friday we decided to go via Gwent in Wales for the Rock Thrush, which Stuart and Phil needed. That meant a somewhat earlier start such that we could reach Blorenge shortly after dawn. There we were greeted by a drizzle of damp dippers. And added to their number.

There was plenty else to enjoy. Black Redstart, three or so flyover Hawfinches (perhaps fewer individuals), Yellow-browed Warbler, three Snipe, Lapland Bunting, Northern Wheatear, Whinchat, all those Linnet etc. It felt good! I was ferreting through the moths at the Obs (similar to the previous day but this time we located the fridge holding the Radford's Flame Shoulder, a rare migrant), when Andy Swash sidled up to me and hinted that a Radde's Warbler had been trapped. 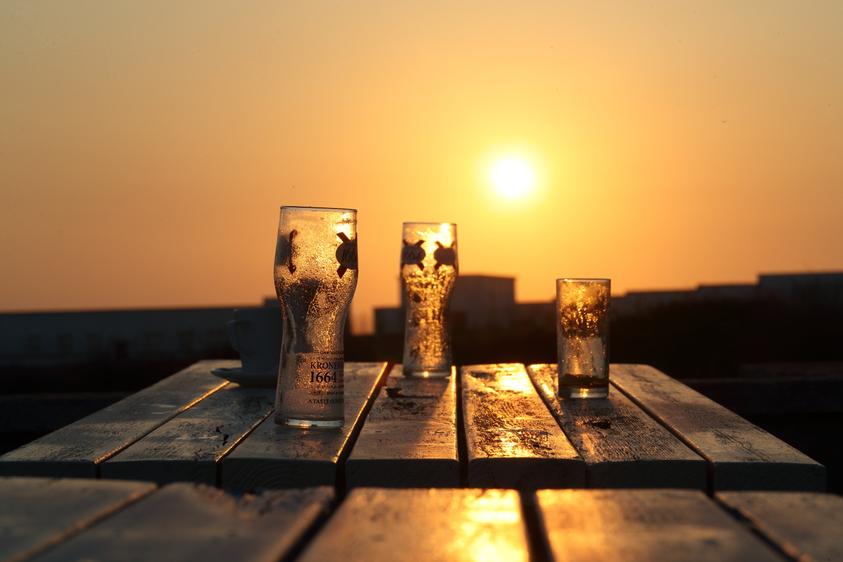 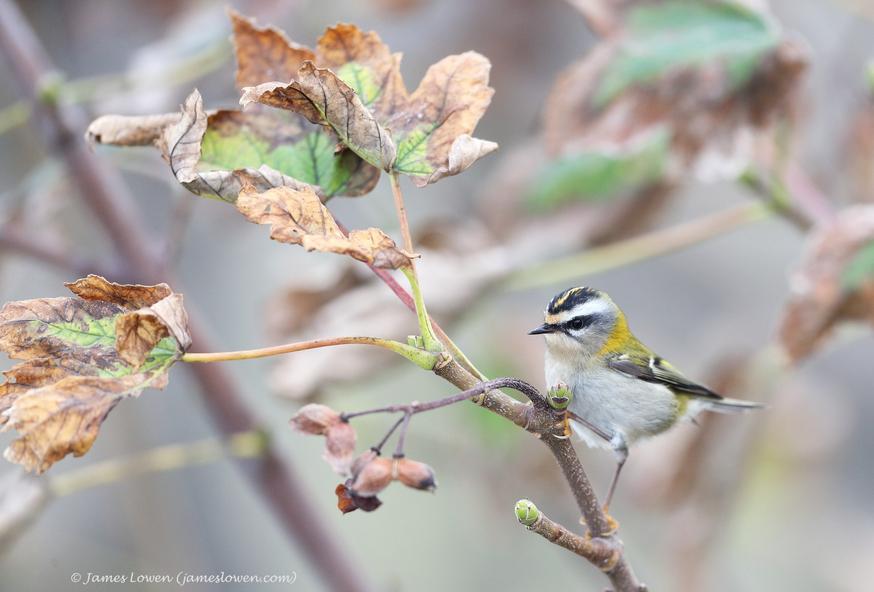 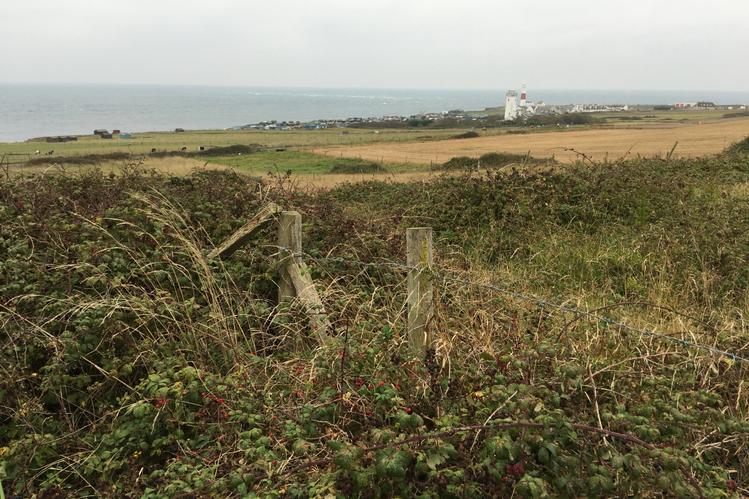 The Observatory moth trap held plenty of interest for an East Anglian such as me, with several new macro species on show. Flame Brocade was simply huge, Bordered Gothic delightful, Delicate a classy migrant (if common down here), Cypress Carpet smart as anything and both L-album Wainscot and Feathered Brindle wondrously numerous. 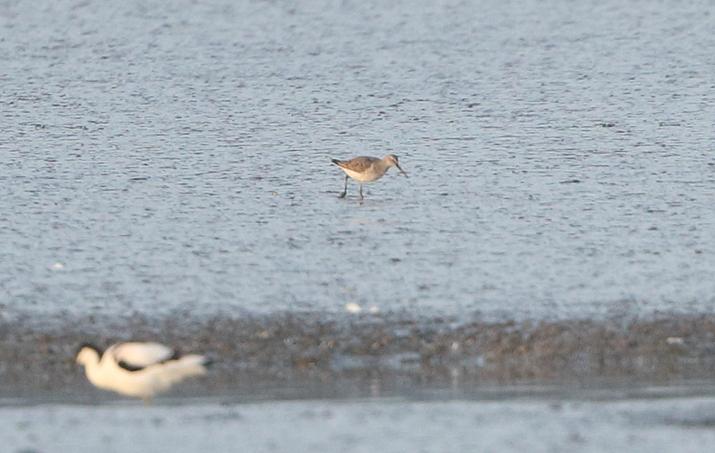 By the time we left, 37 had been rung - yet only two of the birds we saw were blinged up. By the end of the day, just shy of 70 Firecrests had been rung - higher than the record annual total here. An invasion.

And a joy to watch. Quite an irregular (or is that irRegulus?) experience.

We realised those hopes rather well. After three Firecrests and three Hawfinch at Culverwell, Phil and I found a Radde's Warbler on call here. The bird gave a series of 10 or so rather slurpy cheks. But neither showed nor responded vocally to tape. Shortly after a burst of tape a few minutes later, it called again in similar fashion. This time I got a brief recording on my phone. (Sonograms kindly provided by Dave Andrews.)

A Rustic Bunting had been trapped in the morning and we were hopeful that it would hang round (despite Peter Moore's warnings that rare birds netted at Portland had a propensity to evaporate). As it transpired, I probably did encounter the Rustic, as a 'ticking' bunting flew over me, calling ten times, as I walked east between Top Fields and Culverwell. The call narrowed the species choice to Little or Rustic. 50-50. It looked too long-tailed,  large and non-spiky-headed for Little which moved the odds to 75-25 in favour of Rustic. Add that to there being a Rustic here and it last being seen heading towards Top Fields and you can understand why I would willingly bet £100 on it being a Rustic. Nevertheless I played cautious, tweeting out the bird only as a 'ticking bunting'. The others assembled but we failed to refind it. Other migrants the team encountered during the afternoon were two Firecrest at Culverwell, several Goldcrests, Spotted Flycatcher, and Whinchat. Also enjoyable were the clouds of Linnets - perhaps a couple of thousands all told, attracted here by ample seed from sensitively managed fields.