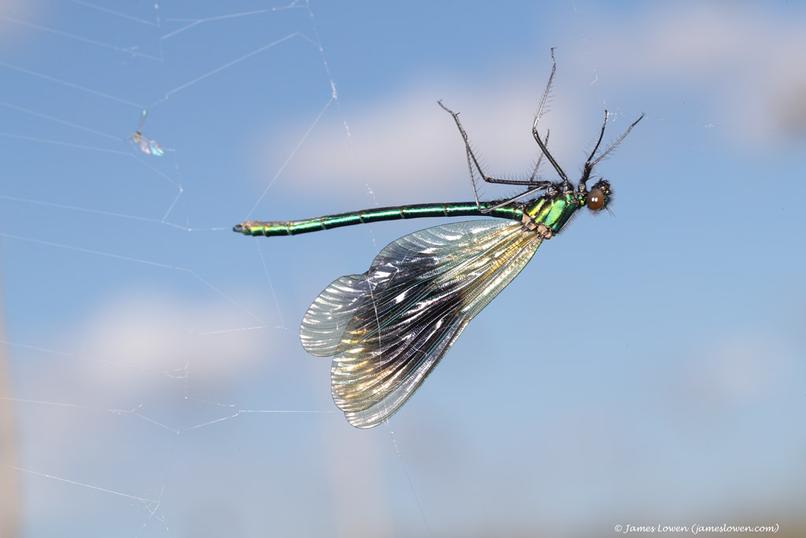 The answer, sadly, was clear. Let Nature take its course. We have no role intervening in predator-prey dynamics. I swallowed hard, and walked on. 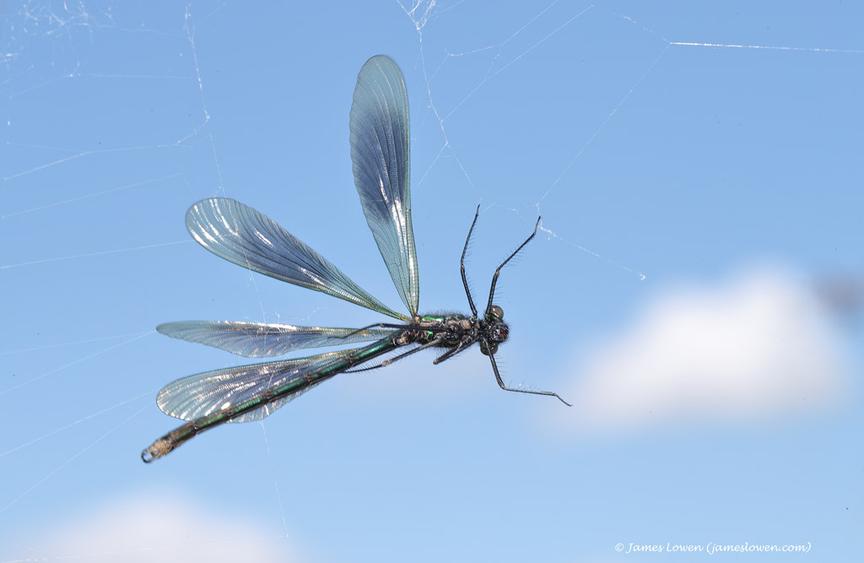 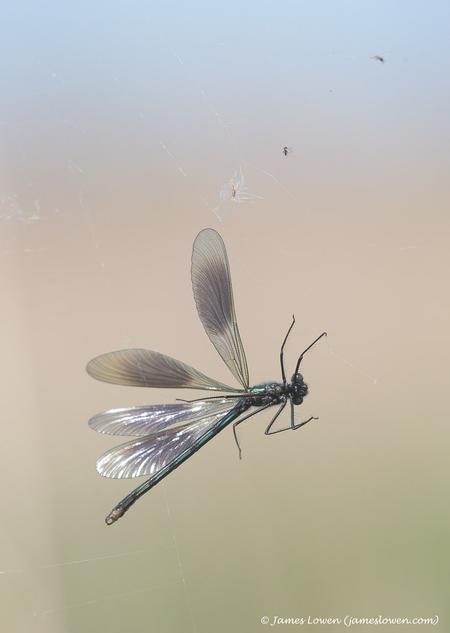 Occasionally naturalists encounter a situation that tests our ethics - typically a dying beast, snared by a predator. Should we intervene or let Nature be? I had this at Strumpshaw Fen last week. The day was sunny, and my first Odonata were winging around. Hairy Hawker (which turned up in my garden a few days later!) and Variable Damselfly were enjoyable. My first Banded Demoiselle of spring less so. Within seconds of me spotting the male lift into the air, it flew straight into a spider's web.