Durwyn and Mark have been formulating those explorations into something firmer - and will be testing their hunches during 2022 surveys for both larvae and adults. Can't wait!

So... an astonishing twenty-one individuals caught all told! In Durwyn's wildest dreams he could not possibly have imagined such an outcome. I was lucky enough to be trapping with Durwyn and Phil when we caught two of them - and seeing their little blotchy forms in the traps was undoubtedly the moth highlight of my year. Here is one, essentially how I spotted it once we had removed the egg trays to check the debris at the bottom of the trap. When calling it out, I managed to keep my voice impressively even and calm - though Durwyn remembers differently... 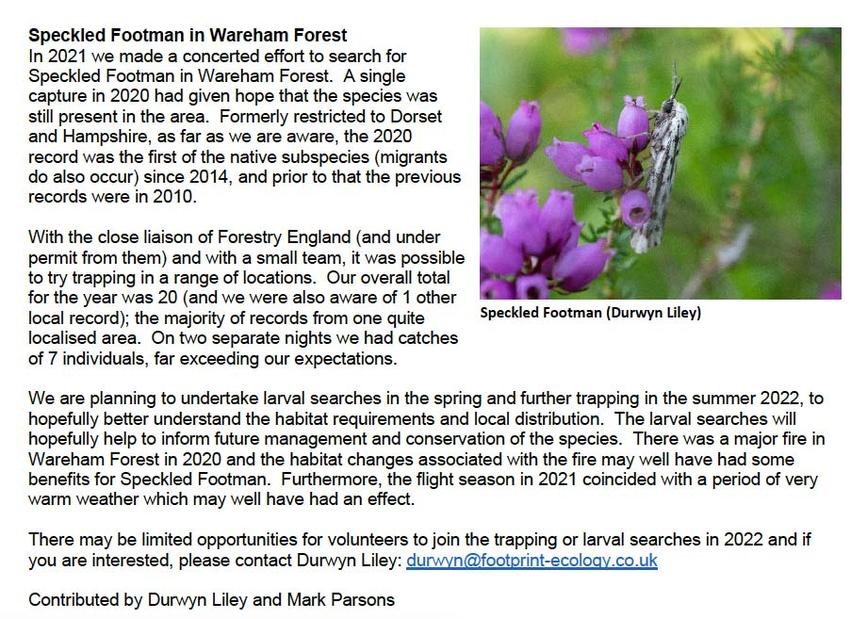 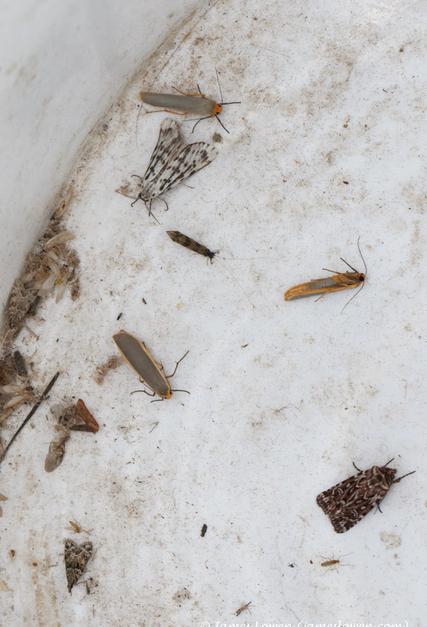 Folk who have read Much Ado About Mothing may remember the attempt to rediscover Speckled Footman (a resident macro moth lost in Britain since 2010, bar a single record in 2014) in the chapter entitled Heather. In the chapter, I recounted joining surveys in Dorset organised by my lifelong friend Durwyn Liley in July 2019. Although we failed to find it then, Durs and Phil Saunders caught one in June 2020 - at one of the precise trap sites tried the previous year. I was lucky enough to see that individual - blogging about it here - though failed to catch any the following evening. Over winter 2020/21, Durs started planning a more thorough survey of Wareham Forest - which I was able to join for one fortunate night in July, while on holiday in Dorset. Although clearly I had been dying to blog about the outcome ever since, a news embargo was in place until the season had ended and a formal announcement had been made - which has today happened through the Butterfly Conservation newsletter E-moth. So, without further ado, here is the relevant extract from that publication.

The records, coupled with notes taken on habitat variables, prompted some interesting discussions about the moth's ecological needs - from its possible association with Bristlebent to the impact of the spring 2020 fire, and from a potential relationship with bare ground to associated camouflage.