It looks us a while to get onto to the Ferruginous Ducks, but when we did so, we could see two females (both apparently adult) and one (white-eyed) adult drake. This wasn't what we had understood to be present! Several people seem to have reported two adult drakes, although the finders - having discussed among themselves subsequently - now believe the individuals they found comprise just one drake and two females. Anyhow, again, not what we expected to be confronted with - so enjoyable and exciting.

Will, Sarah and I pooled over to the Broads on 16th to have a squizz at the trio of Ferruginous Ducks (ostensibly two males and a female) found on Sunday. Just before we set off, Phil Heath found a female Ring-necked Duck at Filby Broad, so we headed there. After scrunching up our eyes against the harsh light (a bad time for the skies to clear, when you're looking south across sheeny water),  and squinting some 300m southwest, we picked out the female (a first-winter). She had a consort, however, and after getting glimpses,pses of a chunky head, long tail and S-shaped flank curve, our wonderings were confirmed when the second bird turned to face us and revealed the striking bill pattern of a drake Ring-necked Duck! This bird was a first-winter male - a find tick for Will and Sarah, and the first I had found since 1990. Splendid. 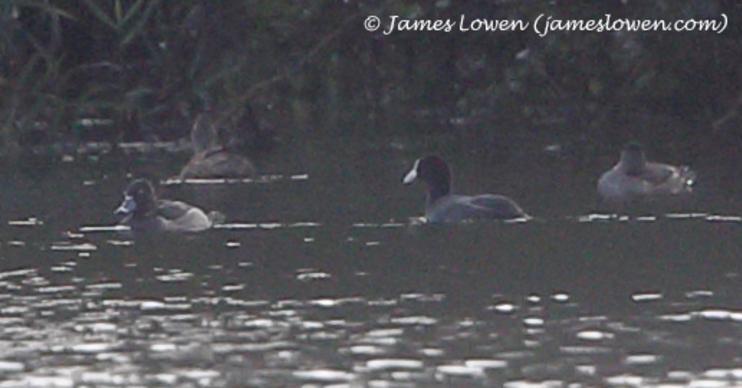 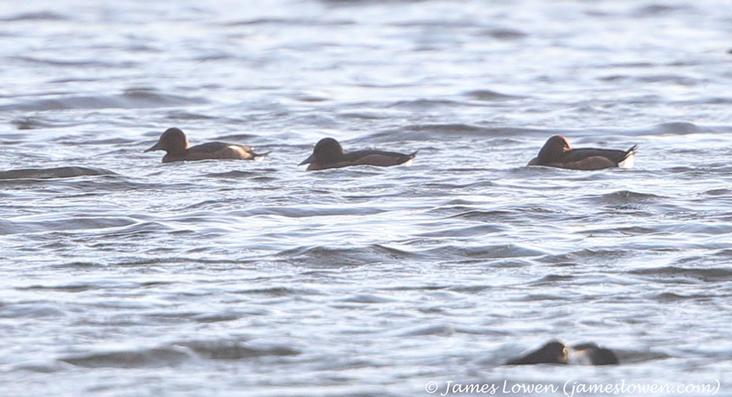 A most pleasing afternoon finished well with two Norwich ticks: a Slavonian Grebe and juvenile Common Scoter (oddly, side by side) at Whitlingham. 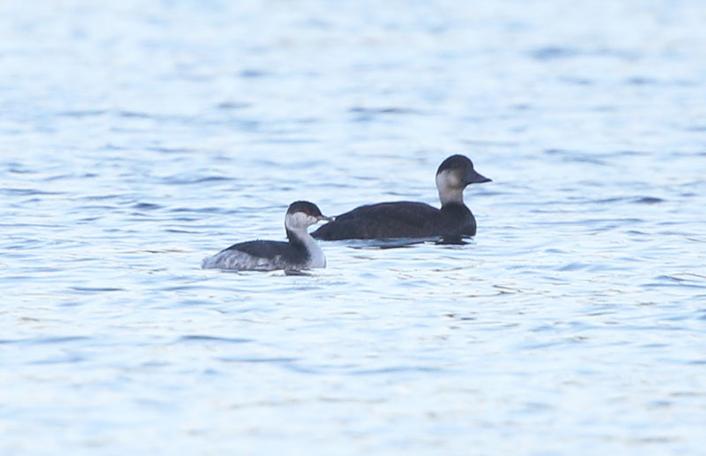