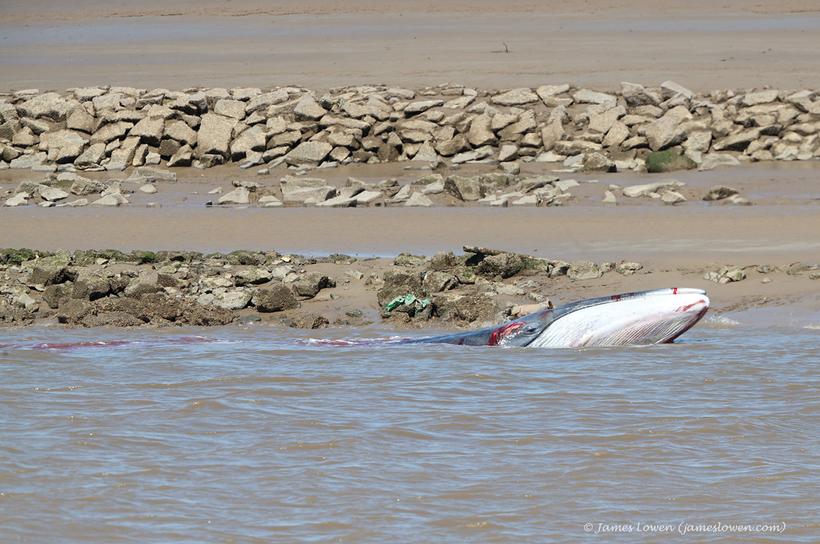 Phil soon relocated the whale battling in the low tide. (Deep-sea whale and shallow estuarine channel don't mix.) We watched it for a couple of hours, with a mixture of emotions. Excitement - a Fin Whale in a river in Norfolk! Bewilderment - why were we the only people watching it bar a couple of samphire-collectors and a volunteer from the British marine Life Rescue Service? Where were the twitchers? But, above all, sadness at the whale's plight. The animal beached itself several times on the river banks. Churning itself over and over, it eventually worked its way free each time - but at the expense of numerous surface wounds (hence the blood) and blunting its dorsal fin.

After an intensive Scotland trip (more of which, later), and just a handful of hours sleep - and even that punctuated midway through by my daughter's impatience to see her errant Dada - the last thing I fancied doing on 28 June was twitching. But early-morning Twitter news of a Fin Whale in the River Great Ouse at King's Lynn - just an hour away in west Norfolk - got the fingers trembling. Then everything went quiet. No news. Perhaps the whale had gone. Or - given that rorquals and rivers don't mix - already succumbed? Then a text from James Hanlon, who had relocated it north of King's Lynn, halfway out to The Wash (and comparative safety). Phil Saunders and I sped west. After some expletive-ridden faff when I got lost, we arrived at James's suggested parking point and set about walking a mile north. 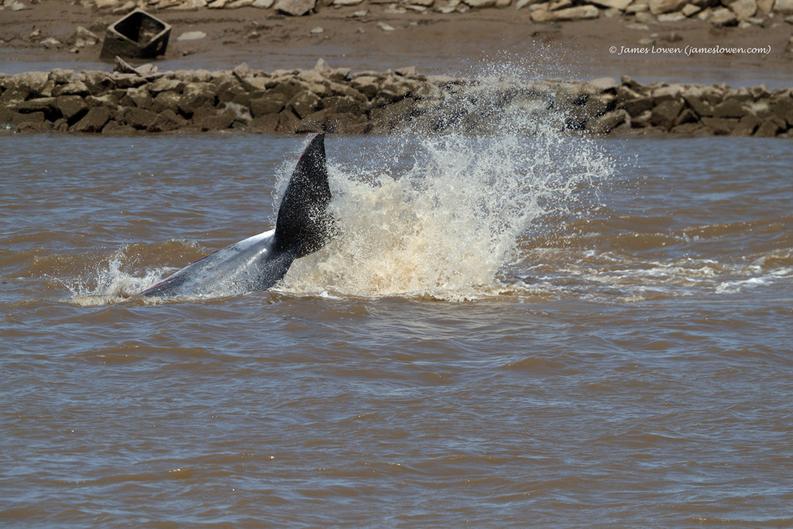 The last we saw of the young whale, it had moved about a mile north as the incoming tide brought deeper water. Our hopes were high that it would regain the North Sea. Those hopes were dashed a few hours later, when news came that the tide had carried it back upriver and south. It was no surprise - but no less tear-inducing for that - when the following morning's update was that this magnificent creature had died. Our excitement and bewilderment were gone, replaced solely by sadness. 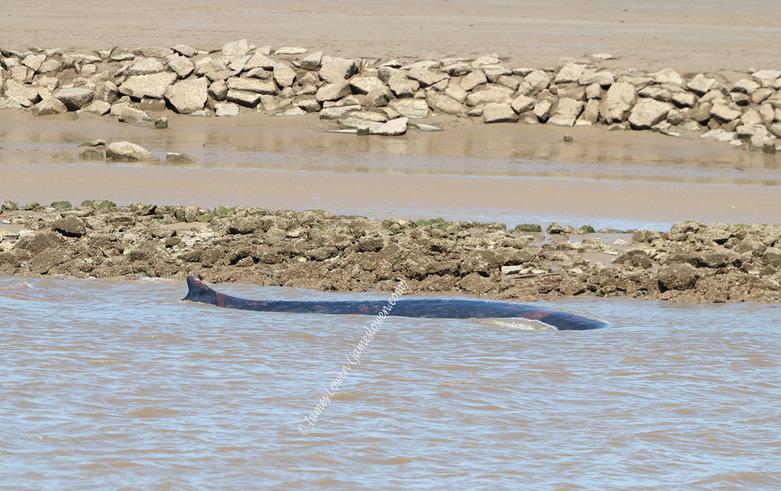