Although Woodcock stole the plaudits during last month's freeze (and the sympathies too, given the number of dead birds found along coastlines, having failed to make the North Sea crossing), Jack Snipe have sneakily been prominent too. I suspect there's barely a couple of records around Norwich in a normal winter, but the past few weeks have seen a couple of dozen along the Wensum and Yare valleys (including six last night alone, seen by Dave Andrews; Stephen Vickers and co have ringed multiple individuals at the same site). I bumped into a couple on odd floods last month, but it took until the individual below (found by Will Soar and Sarah Morrison, who phoned me and encouraged me to wander down for a squizz) before I was able to enjoy one at close quarters. What a bird this is! Bouncing away to pounding trance that only it can hear, and with that unexpectedly glorious purplish hue to boot. An encounter to savour. 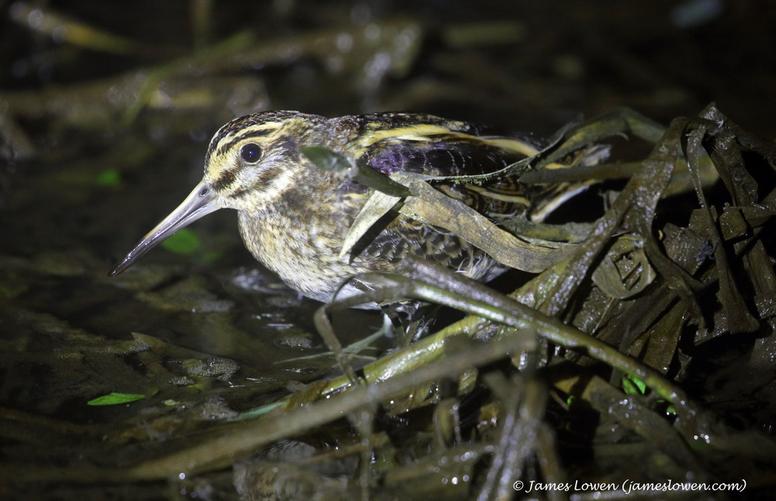