Given that it was unexpectedly warm and sunny, and as we were passing a couple of heathlands on the way back home, I suggested we give one of them 20 minutes with the Large Red-belted Clearwing lure. This creature is a target for #MyMothYear, mainly because it has tormented me in two previous springs (when I have seen with the naked eye, but neither caught nor photographed males attracted to lures). So we whopped out  a couple of bungs. I asked Sharon to keep her eye on one while I went for a wander to look for exit holes. "What shall I look for? she understandably asked. A black wasp, I said. Thirty seconds later... "James... there's a wasp here!" What colour is it?" "Black..." I sprinted through the heather and birch saplings and arrived to clasp eyes on a clearwing buzzing the lures. A deft (by my clumsy standards) swish of the net later and the Large Red-belted Clearwing was swiftly potted. Norfolk's earliest ever record... by one day! What a result. I was over the proverbial. We brought my portable photographic studio into play for the first time, then cut our losses and headed for the school run. What a birthday present!

We then braved the gauntlet of Brown-tail Moths at Gramborough Hill. How we made it past them alive is beyond me. Life in hands moments, they were. The authorities really ought to close the countryside before these dastardly killers take over every bramble patch there is, and provide food for an excess of Mediterranean moth-munching corvid-parasitisers. Or something. 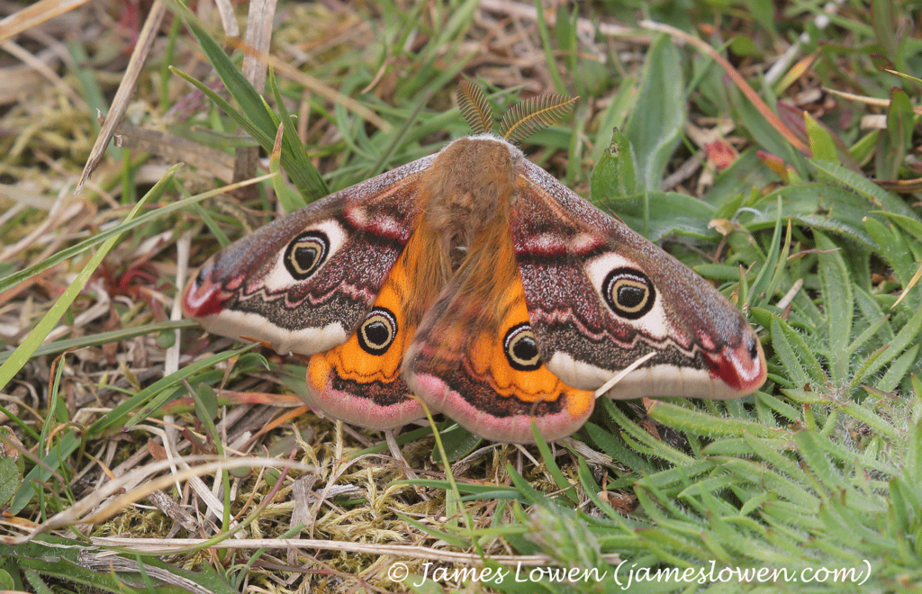 On Monday, my wife and I agreed a birthday plan for Wednesday: we would have a stroll around Salthouse and Kelling. On Tuesday, a Great Spotted Cuckoo was found there, then disappeared. On Wednesday it was rebound, we arrived for our stroll... and dipped. A nice walk, nevertheless, with plenty of butterflies on the wing, particularly Orange Tips and a male Emperor Moth that fluttered around my rucksack for a bit before plonking itself in the grass (I wasn't carrying lures, so the assumption is that either I or my bag are impregnated). The Three Ws - Whinchat, Wheatear and Whimbrel - were also seen, and a Green Sandpiper flipped over.