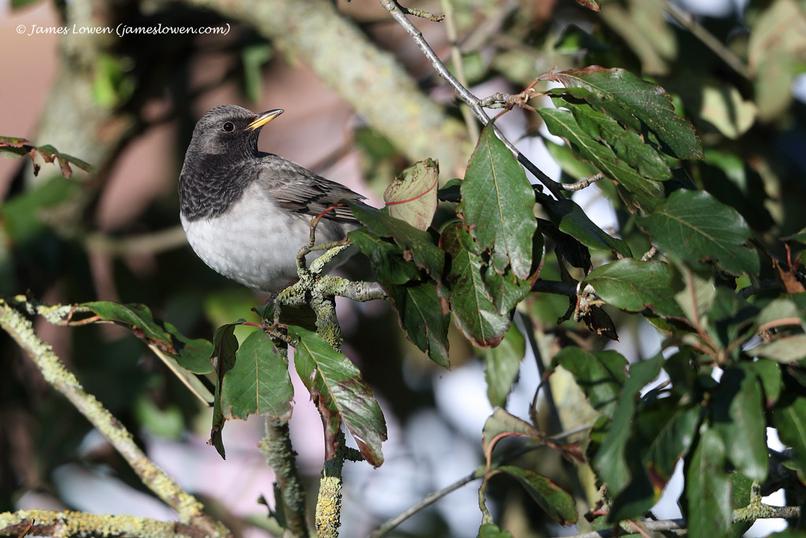 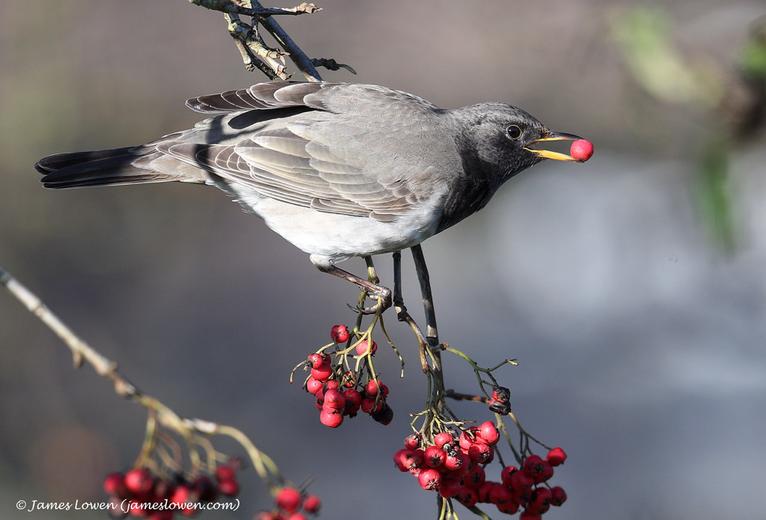 It really is useful to reboot your experience of a species. I had forgotten that Black-throated Thrush was so big: the stature of a Blackbird rather than a Redwing. I had forgotten the darkness of its tail and the cinnamon tones to the underwing. And I'd not heard its call previously either. Splendid stuff.

Nearly six weeks after it turned up, I finally found time and opportunity to visit the male Black-throated Thrush at Whipsnade Zoo. Remarkably given such tardiness, I wasn't alone in the car. Jonnie Farooqi, Jack Morris and Justin Farthing were laggards too.

The day was glorious - bright sun and cold. This meant for excellent light - but also abundant shadows, which split the large majority of photos taken, as the bird tended to hide behind twigs and berries. After two hours, though, it came out nicely and porned it.

None of us could think of a quality rare in recent years that has performed so well for so long to so many people. Can you? 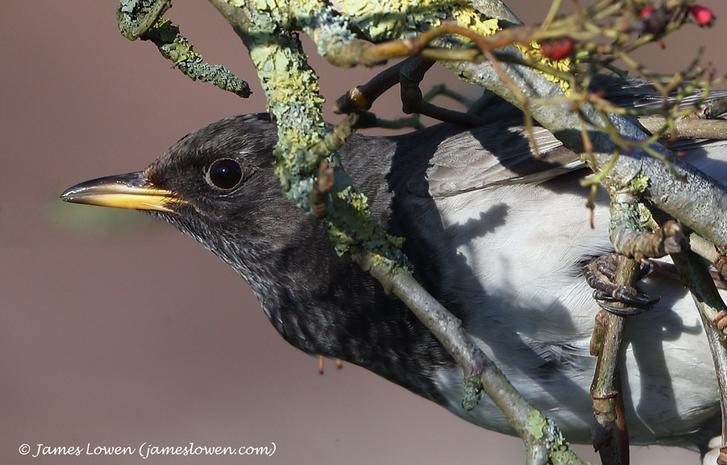 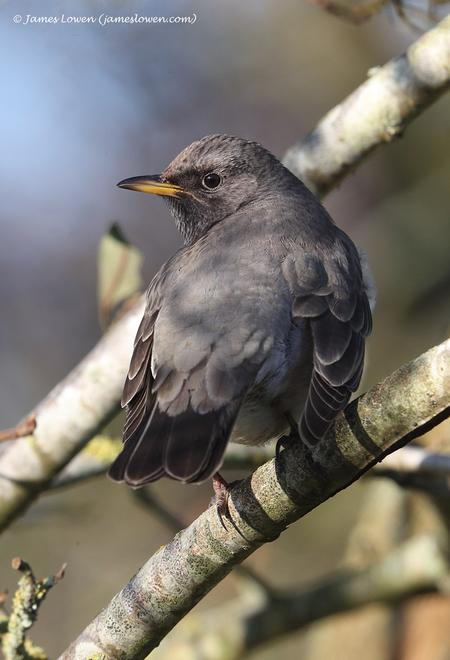 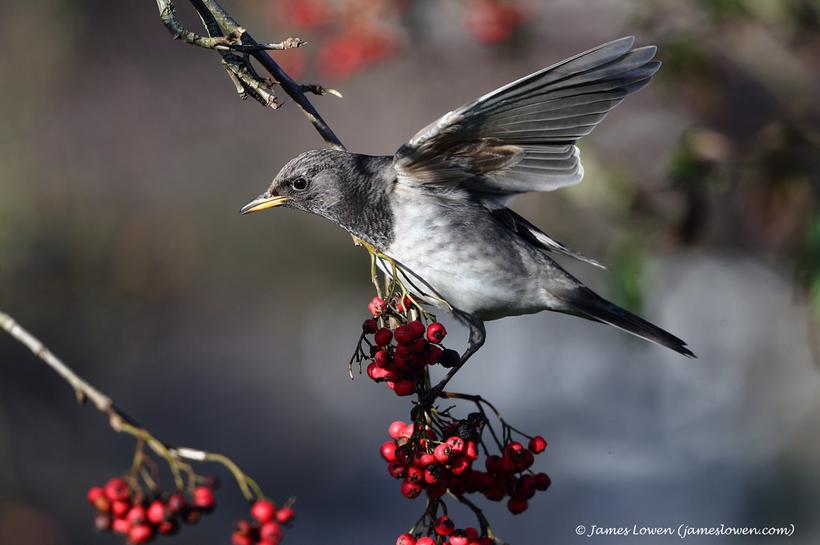 A friend of mine who died a few years back, Juan Mazar Barnett, used to argue that birds 'expired'. If you hadn't seen an example of a particular species for a protracted duration - Juan reckoned 20 years, as a benchmark - then it was 'off your list' until you had reacquainted yourself. I countered that 20 years was a bit long, and that 'half your lifetime' might be a more amenable juncture. Black-throated Thrush would qualify whichever approach I followed. I have only seen one of this species anywhere in the world - a long-staying male in a Peterborough garden in 1996. I saw it en route to work in Costa Rica, hopping off the Leeds - London train at Peterborough, hiking along a very long road with a 23kg rucksack on my back, tiptoeing up someone's front drive, then walking back and catching the train to London, before taking the tube to Heathrow. In 1996, I was less than half my current age. Definitely a species that needing refreshing. 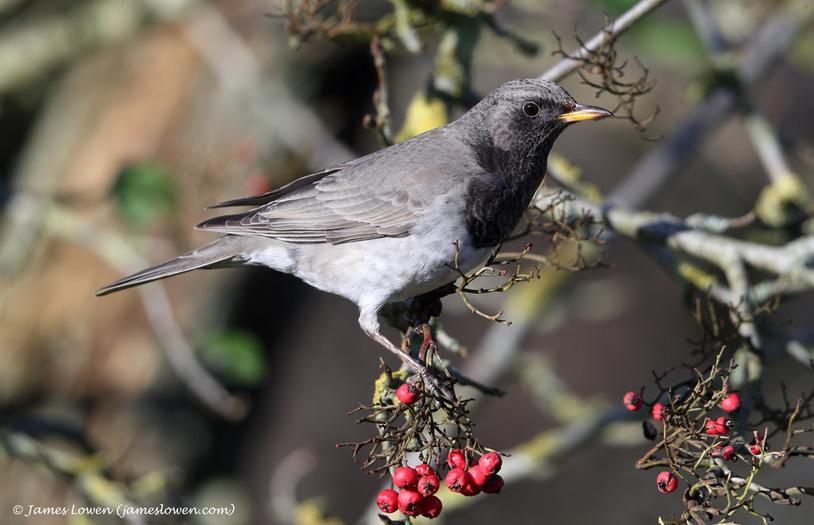 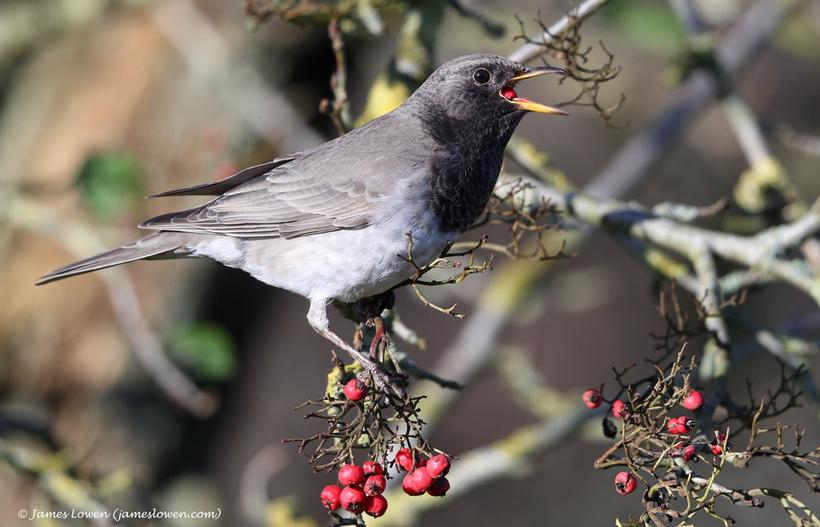 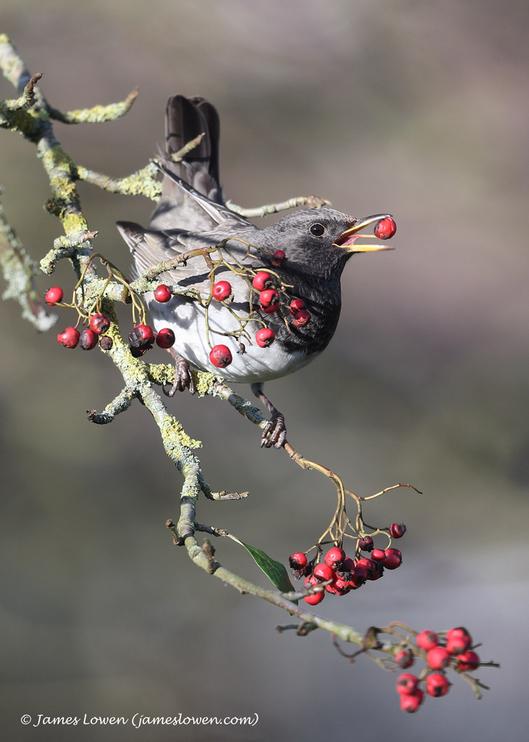