As we were driving home from our long weekend at Spurn, sated with jamminess after the White-rumped Swift, news broke of a Grey Catbird at Land's End. I was on my lengthy non-twitching sabbatical when the only UK example of this dramatic North American land bird appeared in 200, on Anglesey - and was thus not party to the pain of many who experienced 'Catbird Saturday' (when, depending on who you believe, the bird was either present and seen by a lucky few, or replaced by a Blackcap that was passed off as the rarer critter). Nevertheless, that day has entered Twitching Lore. I couldn't go Tues or Weds or Thurs - as it was imperative to bird Norfolk, do Dadly things, attend an awards ceremony and even partake in a spot of work to put bread on the table. But come Thursday, with the bird still there, plans were hatched with David Bradnum and Peter Moore, and then enhanced by Alison Allen. Come Friday 06h00, after a smooth overnight cruise south-west, we were scoffing a Sullivan's special on the quayside in Penzance.

Intrigued by the quantity of migrants bombing around - Redwings, Song Thrushes and Bramblings, mostly, but also Chffichaff, Willow Warbler and said Blackcap - we decided to give a valley a try before heading home. Given Lee Gregory's discovery of 3+ Vagrant Emperors at Carn Gloose the previous day, we headed there to try a loop into Cot Valley.

After a pasty, it was time for the long drive home. During which we had a near-repeat of Monday's drive home, with news of another mega. Steve Gantletthad photographed what looked very much like a Stejneger's Stonechat. Fortunately, it was somewhat closer to home - at Salthouse. Conveniently, my parents and sister were staying at Cley and we were meeting up with them the following morning. Somehow I contrived to dip the chat on my first visit, but Extended Family Lowen scored on its pre-lunch ramble. The bird was too distant for photos, but I'll show a few here for those with an interest. Much browner and more orange than Siberian Stonechat, with a hint of Whinchat-like supercilium, dark mantle, short primary projection and a single streak on its rump, this looks as good a candidate for 'Stej' as you can get without obtaining and testing DNA.

But the Grey Catbird wasn't mucking around. As early at 07h40, it showed very well - if a little distantly from our location - so the bird was bagged even before sunrise. We then enjoyed regular and very good views of this performer for the next three hours. The bird was often showy - although only once closer than 25 m - and regularly called. Meeoowwww! Much of the time, though, it fed on the ground in the shelter of brambles. Nevertheless, it was a lot easier than expected and showier than expected. At one point, amusingly given the Anglesey event, it even perched adjacent to a male Blackcap. What an absolute cracker!

We didn't have much luck, but the stroll was pleasant. A Yellow-browed Warbler and a Black Redstart flirted and shivered in Cot, and two Red-veined Darters (one female and one male) showed on the heath at Carn Gloose. 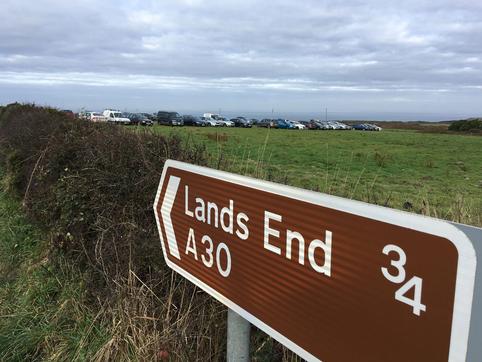 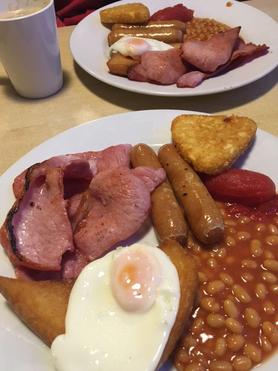 Despite being weighed down by such quantities of lard, we made it to Treeve Common before dawn and took up positions, expectant (as the bird had gone to roost) if nervous (because the night had been starrily clear). 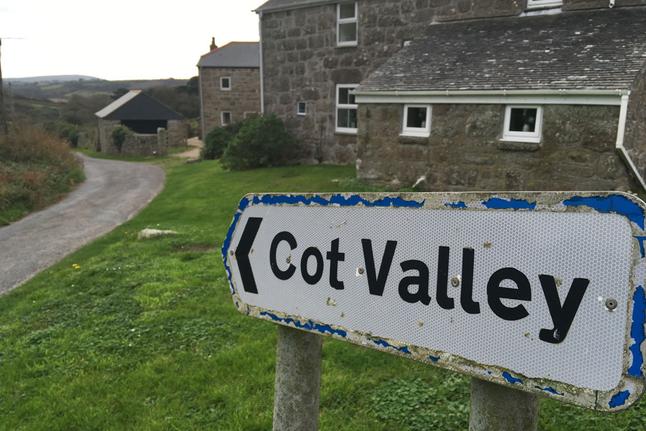