On Friday, a White-billed Diver - an Arctic-dwelling, largely coastal bird, if you are not aware - was found on a bloated river well inland in Lincolnshire. Staggering! But not unprecedented - for 21 years ago, Kevin du Rose found a Yellow-billed Loon (as the bird is known in North America) on pretty much the same stretch of river. The few photos I saw of the bird yesterday made be rather keen to head over and point my lens in its direction. Robin Chittenden had the same idea, and we joined forces. Unfortunately, the idea was mad, insane or pure and simple - erm - loonacy.

Things started well. We arrived shortly after first light, and swiftly found the bird just under a mile north of the road bridge where we had parked. The bird was mobile, diving for long periods and moving 40-50 metres each time; this meant rapid trudges up and down river to where we predicted the bird might emerge. The light was poor (ISO1600), so I took a few record shots then waited for the light to improve.

We returned to our riverside vigil. But the visibility as even worse. James Hanlon texted to say he had arrived, but we couldn't see him, what with all the fog.

At which point... the fog rolled in. And stayed, dense and resolute.

Sometimes birds do mad things. Sometimes birders do them too. Some times the madness, the insanity, the lunacy coincides. Today was one such time. 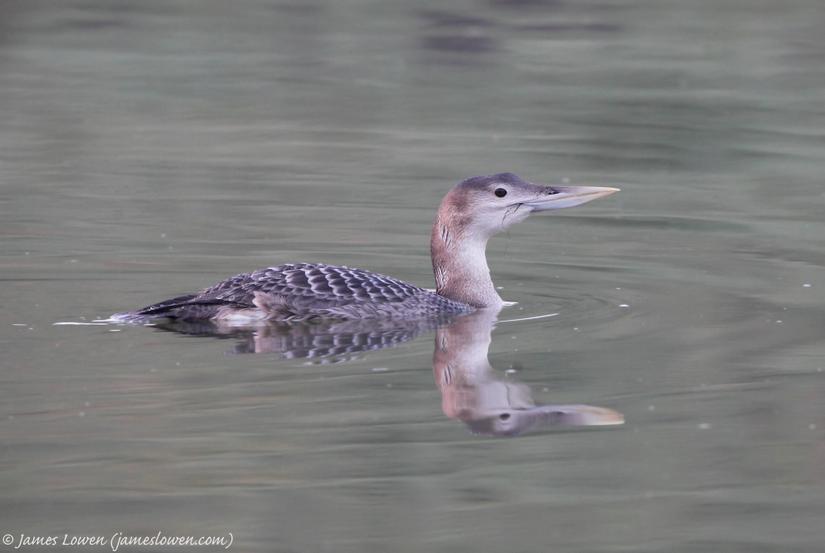 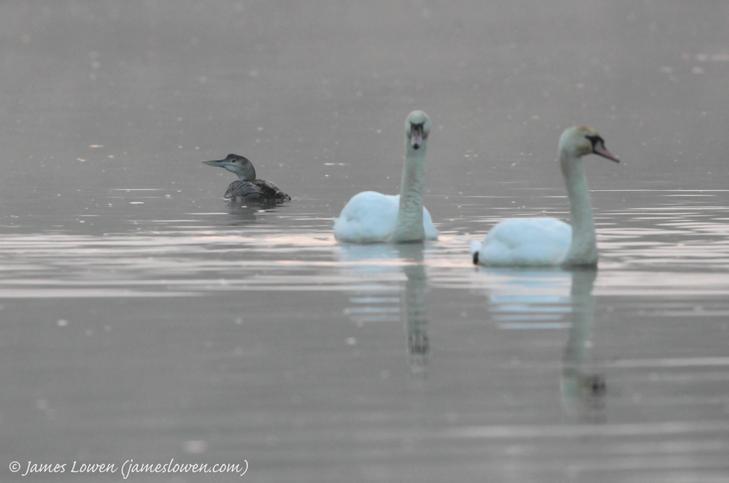 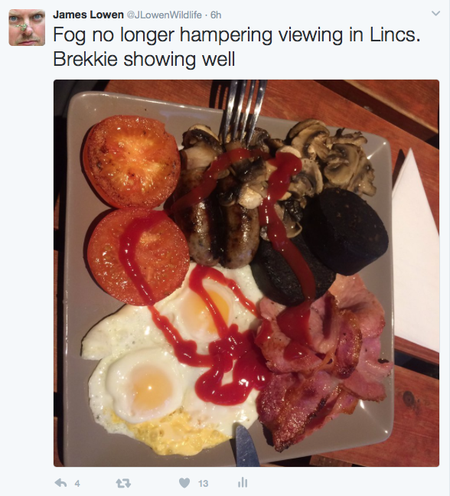 After a couple more hours, we gave up, exchanged grumbles with Ben Lewis and returned home. A 200-mile round trip for what should have been a brilliant photographic opportunity but was actually a frustrating waste of time. madness; insanity; loonacy. 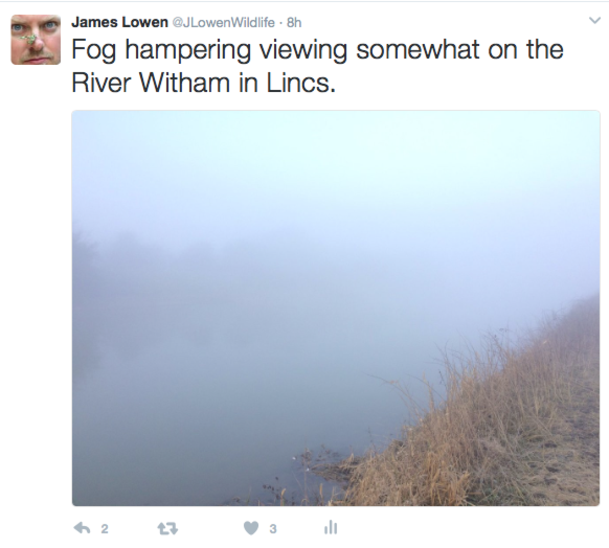 The fog remained, immutable and solid. After a few hours, we adjourned for breakfast at Archie's in nearby Woodhall Spa. The fry-up, at least, was showing well. (Albeit not for long.) 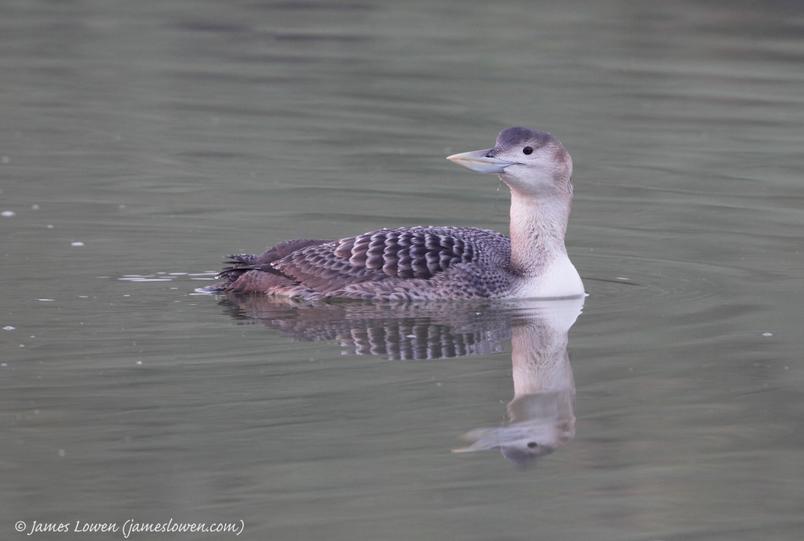