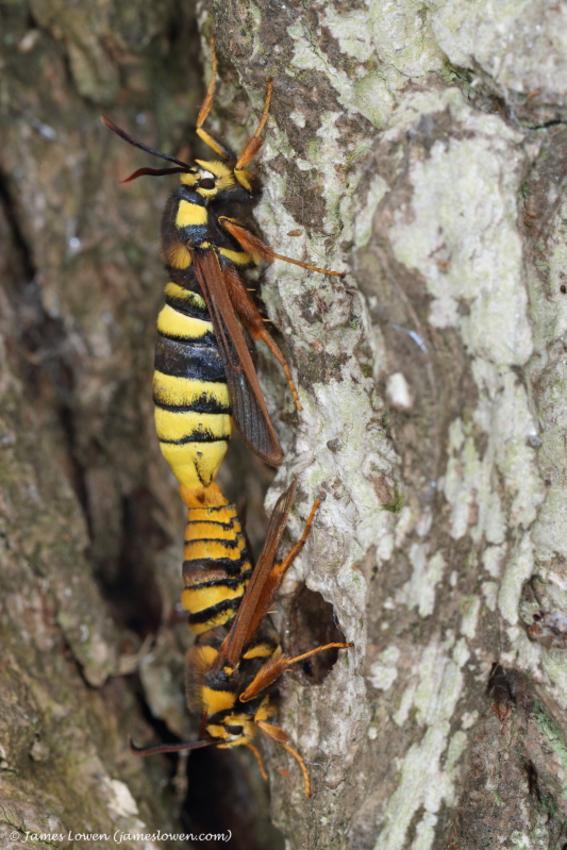 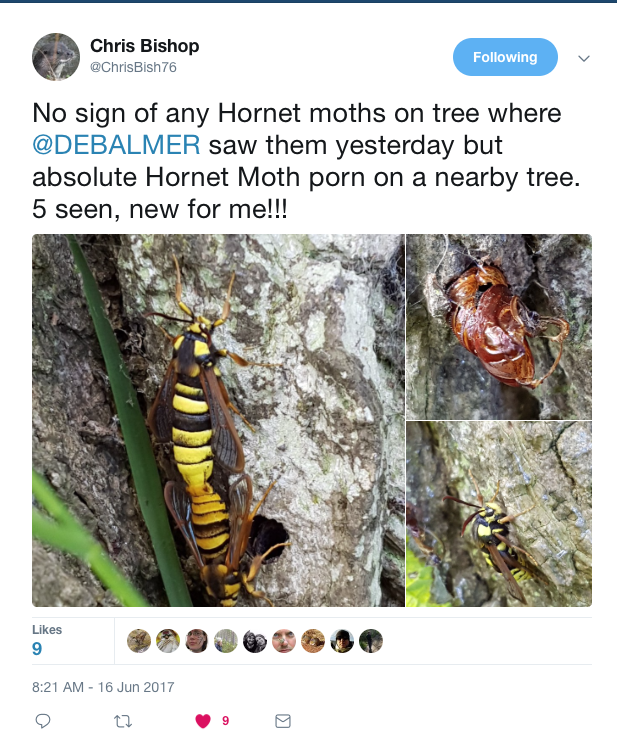 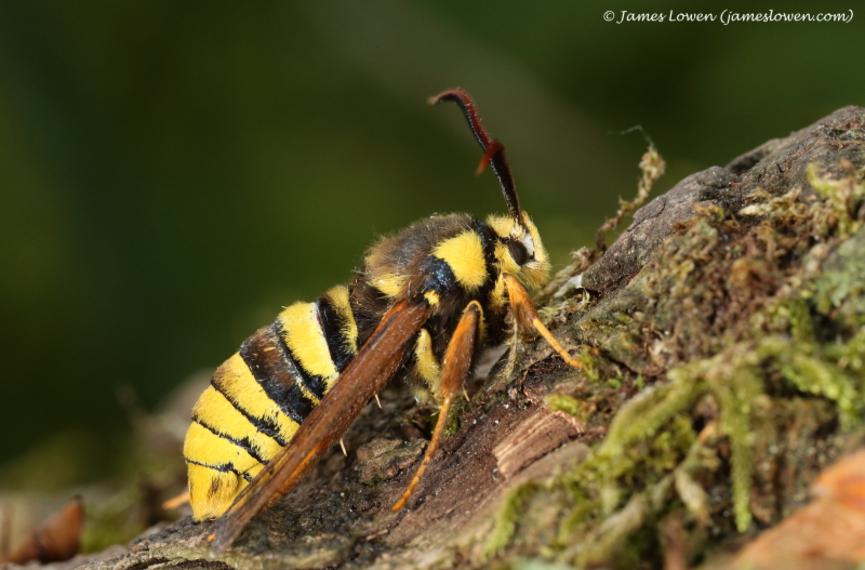 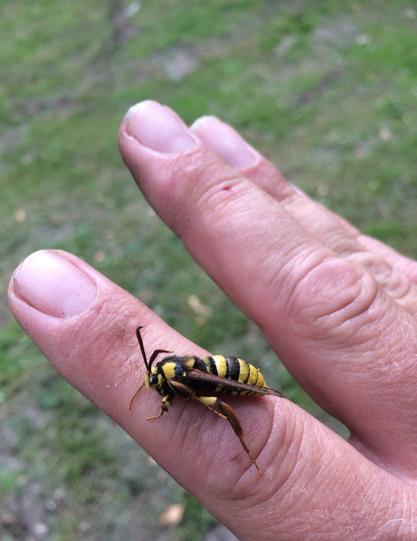 Checking the two poplars present by the river, there was no sign of any mating. Wandering across the bridge back to the car park, I noticed a group of poplars south of the river, west of The Nunnery entrance. Checking them, I found two mating pairs of Hornet Moth plus one 'exuvia' (the cocoon from which the adult moth hatched). Wow! One of my biggest wildlife wants - right in front of me!

Last Friday, I was driving to Cambridge for a cricket match and refuelled in Thetford. Waiting for my coffee to arrive, I looked at Twitter and spotted Chris Bishop's tweet about finding mating Hornet Moths (wasp/hornet mimics) in Thetford the previous day. Knowing that Andy Musgrove had originally found Hornet Moth a few days earlier somewhere near the BTO HQ at The Nunnery, I gave him a call. He directed me towards a site on the river by Nun's Bridge. With half an hour to play with, I decided to give it a shot. In it to win it, and all that. And boy, was it worth it!

Thirty miles away, stumps were being set in the ground and 21 players were warming up. However good the waspish creatures were, it was sadly time to depart. (We lost in the final over, but I scored a 50, if you really want to know.)

After about five minutes a male Hornet Moth came into a lure. Once it had calmed down, it showed very well. 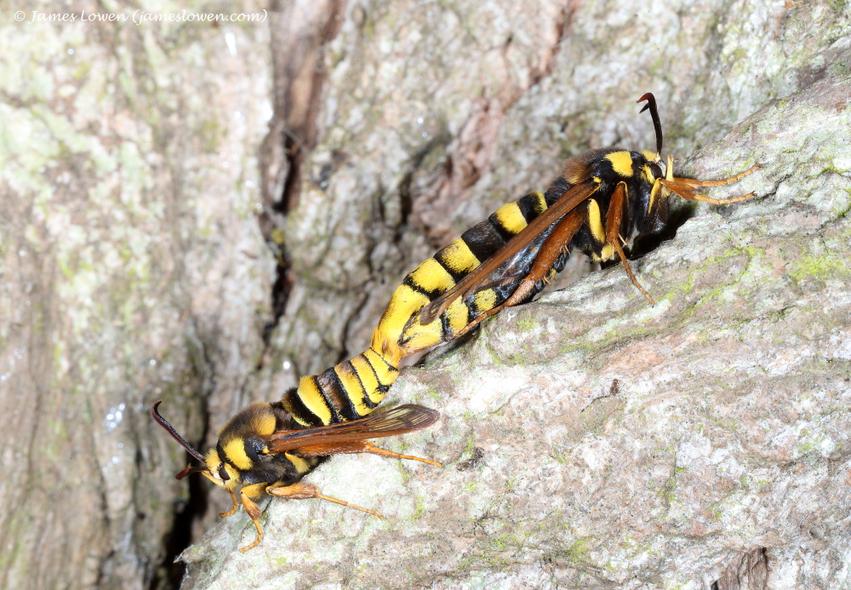 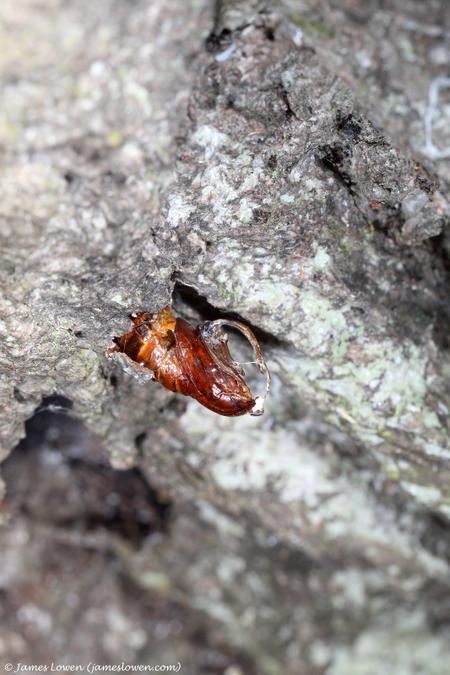