This morning, I had a look at the three apparent Fletcher's Pugs that Keith Langdon trapped (social distancing, rubber gloves worn etc). I have only seen one before, and am aware http this species is formally gen-det only, but it looks bang on for that species. Keith's garden is adjacent to the lime-rich Earlham Cemetery, suggesting there is a hitherto undiscovered colony of this range-expanding spring-flyer present. Given how few records there are, this is a major coup for Keith in his first full season mothing - and a justifiable two fingers to me who had suggested Keith avoid attempting pugs so early in his mothing 'career'! Well done, mate.

On Thursday, given he change in COVID arrangements and the promise of southerly winds and thus the prospect of Mediterranean migrants, I granted myself a morning on the North Norfolk coast. I chose my destination carefully to avoid disrespecting local inhabitants (who can well do without an avalanche of visitors from outside their immediate area) and minimising contact with them and other people. Accordingly, I walked Burnham Overy Dunes and saw a total of 15 other people in six hours, including five wildlifers. (Social distance maintained at all times.) The only migrants were Yellow Wagtail, Greenshank and Whimbrel - so rather disappointing on that front. But it's hard to complain when you see a dozen Spoonbills, three species of egret and three Red Kites - birds I could never have conceived of last century. Then throw in a variety of other enjoyable wildlife, including a smart Chrysotoxum hoverfly, several Silvery Leaf-cutter Bees​ (thanks Phil Saunders!), Hairy Hawker, numerous Wall, Red-banded Sand Wasps fighting, and Breckland Plume.

Walking a nearby sandy area in Earlham (which is when I chance-heard the Quail), I netted Breckland Plume and Sitochroa verticalis, the latter a most smart and distinctly citron moth. The plume pictured is of another individual, photographed by day at Burnham Overy Dunes this week. I also found some micros both there and at home (flying in some superbly warm nights) that are currently unidentified. Garden moths to which I did put a name included Figure of 80, Poplar Kitten, another Bucculatrix nigricomella. And a few nice other insects as well, in the slideshow below. 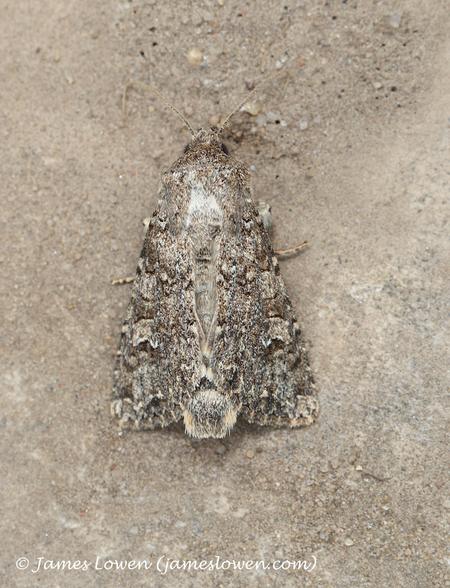 It's been quite a hectic few days of wildlife, staying up late with head torch illuminating vegetation, and getting up early to do garden moths. Two surprising birds added themselves to my Norwich list (if I had such a thing), with a Quail calling at Earlham Marsh (on the second of its two-night stay) and Corncrake calling at Thorpe Marshes (listen to recording here) - birds found by friends Will Soar and Stuart White respectively. As it was only a short cycle ride away and I was due 30 mins exercise, I also twitched a White Colon - a moth of sandy coasts and Breckland, and thus rather aberrant here in Norwich. However, it was trapped by Stephen Vickers, who lives close to an intriguing sandy area in Bowthorpe, which does make one wonder about the possibility of an undiscovered breeding population.