With a warm southerly, emanating from North Africa, blowing for much of the evening, we were hopeful for a migrantfest. It wasn't to be. Only Rush Veneer was unequivocally a migrant. Four other species - Dark Swordgrass, Diamond-backs, L-album Wainscot and Four-spotted Footman - may or may not have been locally born... The cheeky star of the night was a smart micro called Monopis monachella. This seems to be an East Anglian coastal speciality, occurring in this neck of Suffolk and just into one area of Norfolk. Smart and rare - just like Clifden Non-pareil, only quite a lot smaller...

I have not been shy, on social media, about proclaiming my desire to catch my own Clifden Non-pareil. It is all very well seeing this amazing moth - indeed, it is wondrous - but the more intense experience comes from finding one's own. All the more so because this seems to be a bumper year for Clifden with many people catching them for the first time, often in unexpected places. 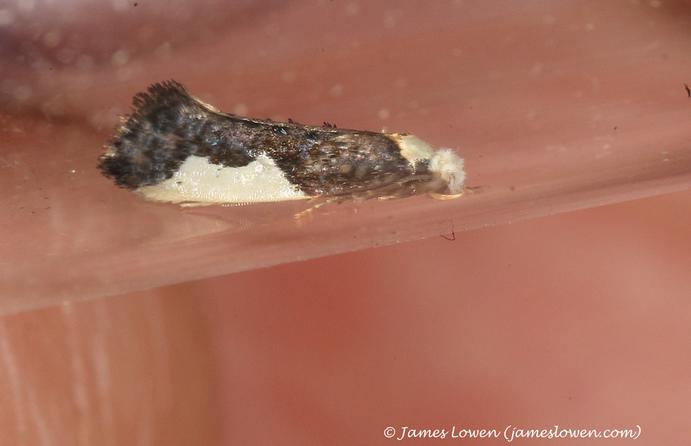 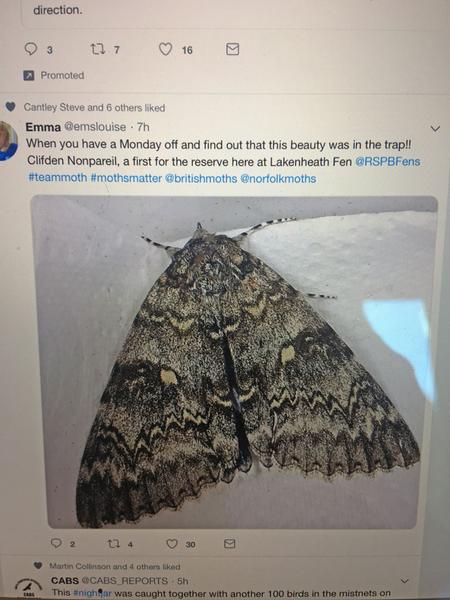 Earlier this month, I tried twice for my own Clifden at a well-known site in Kent - but failed. I decided to turn attentions to Suffolk, where there had been a recent run of records from near the coast (including the individual that I saw last month). With permission from the land manager, Ben Lewis, Justin Farthing and I surveyed an area of woodland that bordered heathland and had a number of aspen trees. And we succeeded! Well, after a fashion... Just before 22h00, Ben spotted a leaf falling upwards in the aspen canopy. Double-take... Sure, enough, when the 'leaf' emerged, it proved to be a wonderful Clifden Non-pareil floating around the upper parts of the tree, almost directly above one of our MV traps. We got wonderful views as the giant lepidopteran bounced around and downwards, black stripes prominent on a silky underwing. It landed briefly on an aspen trunk, allowing a glimpse of its sky-blue underwear (hindwing), before floating back upwards in clear disregard for our traps. We never saw it again - and Justin never saw it at all, arriving just seconds after the show had finished. There was no Clifden in our traps at dawn. And we could find none on the aspen trunks later in the morning. So we succeeded - but we also failed. We had found our own Clifden Non-pareil, but we had not caught it. Here, instead, are some images of other creatures that we did catch.