Last year’s unexpected proliferation of Clifden Nonpareil – aka Blue Underwing (although really it is a Blue Hindwing, as the underwing is mainly white!) – has magnified into an explosion this year. Twitter is full of people catching their first, second, third, nth garden Clifdens. Norfolk has been full of them. Except in Norwich, where I live. Marcus Nash, a member of our Norwich-and-environs WhatsApp group has caught three. But he lives in N Norfolk, their apparent county heartland. A week or so ago, Mike McCarthy caught one and another was spotted nearby; but Mike lives in a surrounding village, so no cigar. The race for the First Norwich Clifden remained live. The two favourites were Laura King and Stephen Vickers, who both live adjacent to fabulous habitat and have enjoyed countless rare moths this year.

I returned home on a high, now on even more of a mission to catch my own garden Clifden. On the first wine rope I checked I glimpsed a white underwing. Heart quickening, I approached swiftly... to find a Red Underwing sat there, imbibing calmly. As I turned back towards the house, dreams shattered and feeling blue, I'm sure I could hear it laughing at me. One day...

This seemed to get the moth rather tipsy, such that it subsequently disgraced itself by landing on my arm, knee, back and inner thigh. Either it thought I was a tree trunk (the dimensions certainly work) or it was making a pass at me. 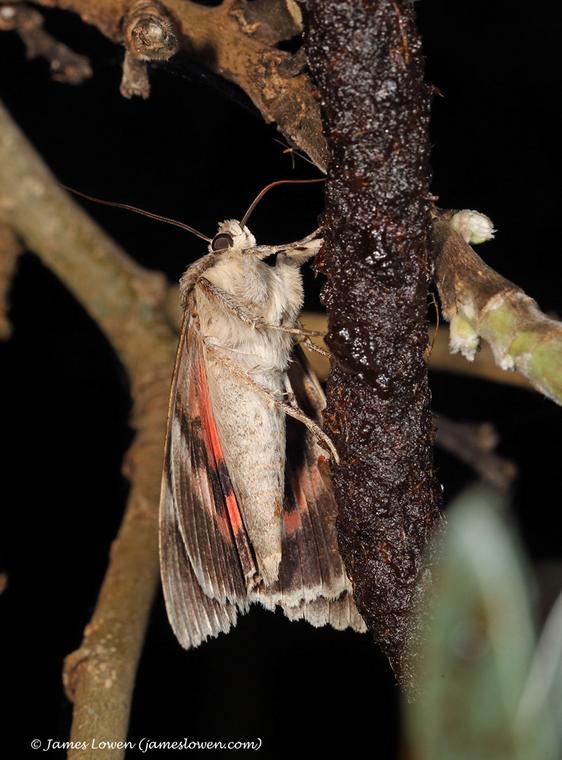 Two nights ago, Stephen won. He was kind enough to allow a few interested folk to watch the moth being released – and given that Stephen lives within a mile of my house, it seemed rude not to. Stephen painted the tree with sugar solution (in a brown ale base) to give the moth some sustenance before it departed.