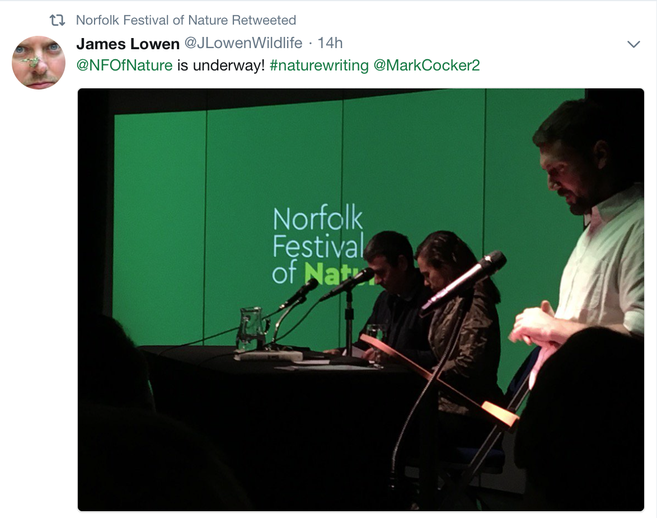 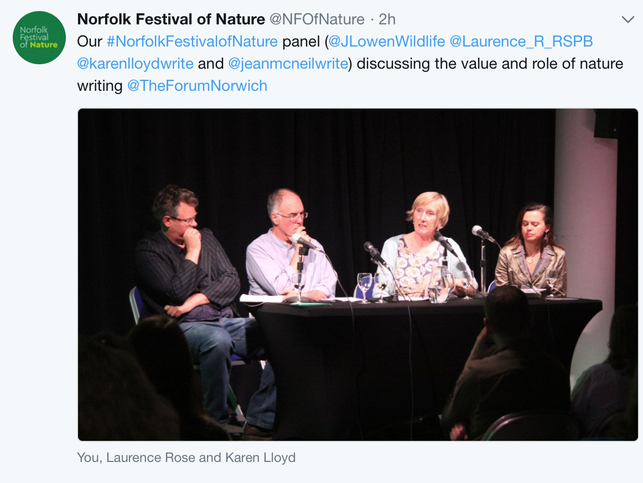 Here is my initial contribution to the debate - hammed up in places and intended to prompt discussion.

A confession. I'm not actually brilliantly placed to compare the worth of nature-writing with that ofwildlife documentaries.

Two years ago Chris Packham invited me to appear on Springwatch Unsprung. I'd never heard of Unsprung and (unlike 2 million people) barely watch Springwatch.

So what's my problem with nature TV – and why did I nevertheless accept the BBC invitation to talk – ironically about my new book on British wildlife? 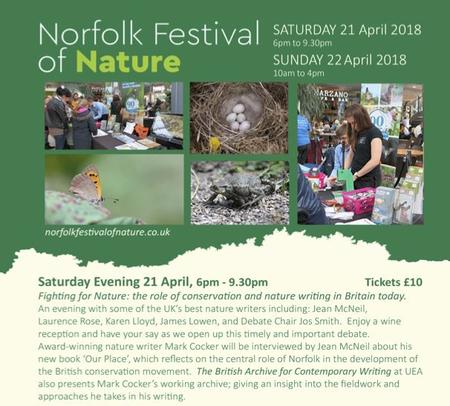 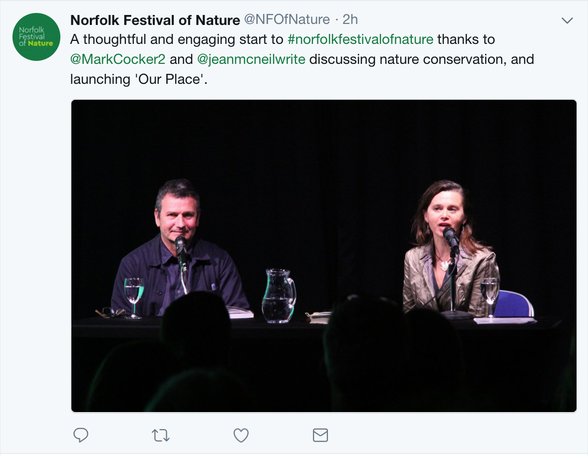 This weekend, the Norfolk Festival of Nature took place in Norwich. The event started with a launch of Mark Cocker's brilliant new book Our Place.

My main grumble (and I have several) with nature documentaries is that they excel by showing you what you can't feasibly see for yourself.

That snow leopard chase down a sheer cliff. The birds of paradise display in the rainforest canopy. Amazing behaviour, in spectacular close-up.

But – as we know from the behind-the-scenes bit ending many documentaries – it's not until the final hour of the final day of a shoot lasting six weeks that the desired action sequence is secured.

​I can't afford to exchange six weeks of my life for a 30-second-long experience. I will never witness for myself what I'm seeing on TV. Accordingly, for me, it's just not real. It happens, but not to me. And I want to experience wildlife myself.

Reading a book about nature, however, absolutely does make things real for me.

Each panellist was given five minutes to address the questions set. We were encouraged to set out a manifesto and expected to be be controversial. Our time on the soapbox was followed by questions from the audience, which ranged from the role of predator control in conservation to what we can apply to higher education from the skills that underpin nature-writing. It was heady, impassioned stuff, with many a furrowed brow.

It may disappoint our chair that I don't have a nature-writing manifesto. I don't write to directly influence conservation practice. I don't harbour any grand expectation of changing the world.

But I would quite like to change a little bit of your world. And yours. And his. And hers.

Through my writing, I aim to encourage you to head out into the real world – the one you smell and touch rather than view remotely on plasma – and to experience for yourself what I have just experienced.

Why? Because if you love what I love, and if he loves what she loves, and if we all love the same thing, then a lot of us will all want that thing to continue to exist.

And if enough of us say that we want this, then The People Who Decide Things might hear us, might listen and might do what needs to be done to safeguard that beetle or moth. 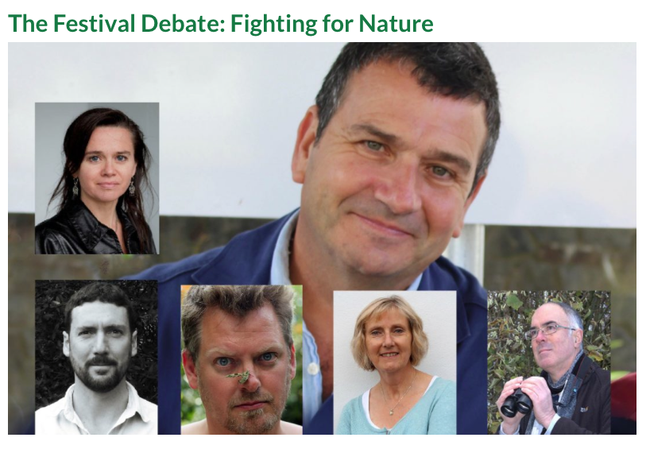 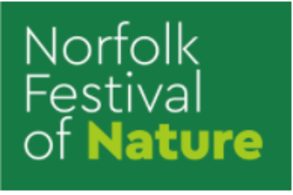 This was followed by a panel debate ('The Festival Debate', no less) featuring nature-writers Jean McNeil, Karen Lloyd, Laurence Rose and myself. Jos Smith (UEA) chaired. The debate was concerned with "exploring the role of nature writing TODAY – what is the relationship between nature writing and conservation practice, what does it offer over television documentaries like Blue Planet and social media campaigning, and how important is it to the way we view nature into the future?" We might, said Jos, "add to this a question about what form nature writing might/should take - celebration? elegy? activism? how do we balance these complex emotions in a landscape under so much pressure?" 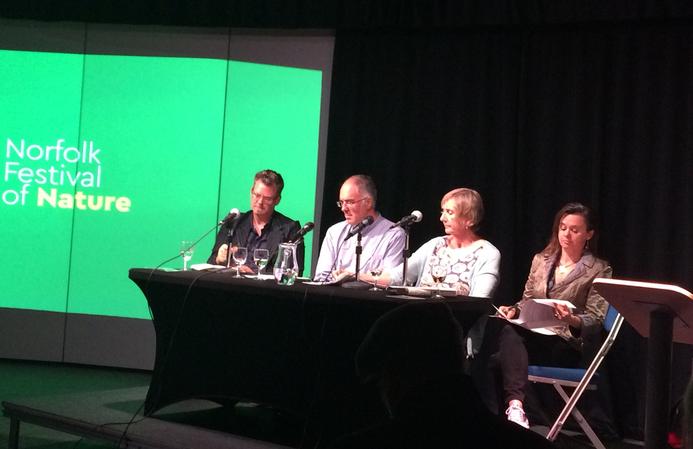 First up, much nature-writing is about the everyday, the tangible, the accessible, the local. Think Claxton by Mark Cocker, or The Blackbird Dairies by Karen Lloyd.

Second, unlike a fast-moving TV show, a book grants me the mental space to immerse myself in the writer's world, to see what they see and feel how they feel.

Reading about nature excites me, moves me and inspires me to go and have an equivalent experience myself.

My reasons for writing about nature and landscape are the mirror-image of why I read nature books.

I write because I have been excited, moved or inspired by something I have observed or learnt – and because I want to excite, move or inspire you too.

I doubt that dune tiger-beetles or emperor moths will ever star on Springwatch, let alone Planet Earth.

But that's absolutely not to say that I consider TV documentaries to be worthless. Far from it. They are invaluable precisely because so many people watch them.

That's why I went on Springwatch Unsprung. It was an opportunity to celebrate Britain's lesser known but utterly brilliant wildlife with a million people – two or three orders of magnitude more than read my magazine columns or books.

My writing will never directly change conservation practice or environmental policy – but Blue Planet II already has through its strident messaging about plastics.

So if you want the world to change, watch nature documentaries. And then talk about them and tweet about them incessantly.

But if you want your individual world to change – with the chance of something good for conservation happening as well – then nature-writing is better placed to assist you than TV ever will be.