The day after Scottish Natural Heritage and Butterfly Conservation Scotland publish a chastening report on the status of Scotland's moths (a decline in abundance of 50% over the last 25 years), it feels odd to be blogging about a spectacular Scottish mothing trip. Easter saw Will Soar, Justin Farthing and I alternate between Deeside and Speyside in an attempt to see Kentish Glory - arguably Britain's most spectacular moth and one with a seriously restricted distribution (long gone is its geographical connection with England's southeasternmost county). We were due to travel at the turn of April/May, but advice from a suite of local moth-ers saw us advance our plans by 10 days, as the first Kentish Glory were on the wing a week earlier than usual. To be frank, we were bricking it on the long journey north... but with fine weather forecast, and friends having seen Kentish Glory the previous day, hopes were high. We all predicted seeing this moth both by day (through the use of pheromone lures, which - as part of the Rare Invertebrates in the Cairngorms project - has shed much light on Kentish Glory distribution and status) and through light-trapping, which we had permission to conduct in Muir of Dinnet National Nature Reserve. But not one of us even dreamed of the extent of our success.

The chances are that we timed our trip perfectly. Excellent weather by day and night. But the chances are also that we lucked in on a good year for this iconic moth. All that is well and good, but without the help, advice and guidance from a whole host of moth-ers, we wouldn't have stood any chance at all. So our heartfelt thanks to the following individuals and organisations: Catriona Reid (Scottish Nature), Gabrielle Flinn (RSPB/Rare Invertebrates in Cairngorms Project), Helen Rowe (Aberdeenshire county council & Butterfly Conservation), Tom Prescott (BC), Nigel Voadfen (BC), Mary Laing, Peter Stronach, Peter Moore (BC), Pete Moore (RSPB), Stuart Piner, Tom Lowe, Harry Scott and Richard Mason (RSPB). Thank you all. There will be a couple more blogs on this trip: one covering 'Beauties', the other Martens. For now, though, it's goodbye from me, and goodbye from...

That evening we relocated to Muir of Dinnet and set out first line of traps at the interface between birch woodland and heathland. We stayed around for a couple of hours after dark, and were overjoyed when a 'trap round' revealed both a female Emperor and a female Kentish Glory to be bashing around. We had caught one too! The 'KG' was so active that keeping her in a pot was not an option. We decided to let her decide whether to settle on the egg cartons or escape... and await the morning. Returning shortly after dawn, we approached the little 15W actinic with trepidation. Easing the lid off the trap, six huge Red Panda faces peered up at us. Unable to believe what we were seeing, we quickly put the lid back on... Surely not... Surely there weren't six Kentish Glories in the trap, all sat placidly and looking upwards?

This amazing sight struck a note that would be played the following morning and the next. In total we caught 25 Kentish Glory in our three nights in Muir of Dinnet. Four were females. There were two copulating pairs. Each of our traps (125W MV, 15W twin actinic, 15W actinic, LED) caught at least one Kentish Glory. Every single one of these amazing moths was beauty and wonder and, well, glory. We went overboard with photos. But then, you would have done too, wouldn't you? 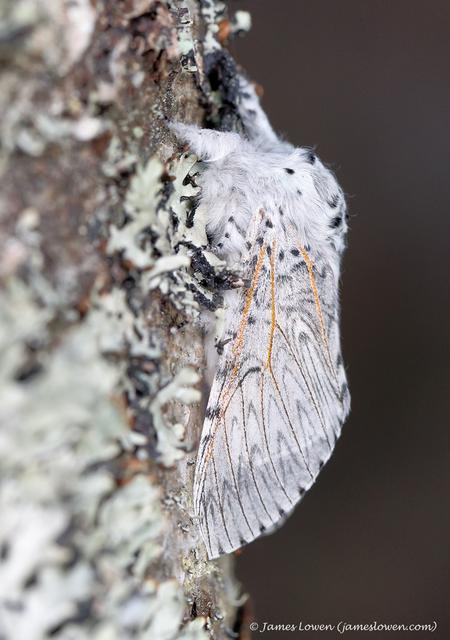 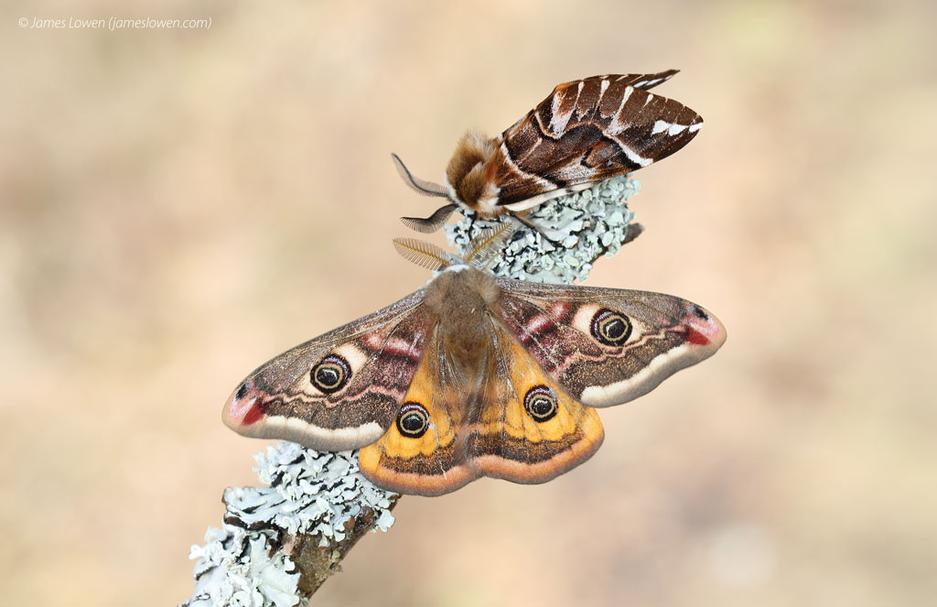 We caught an exciting range of other moths too. Highlights were Scarce Prominent, Autumn Green Carpet, Red Swordgrass, Puss Moth, three female Emperors and some rather lovely Eriocrania micros. 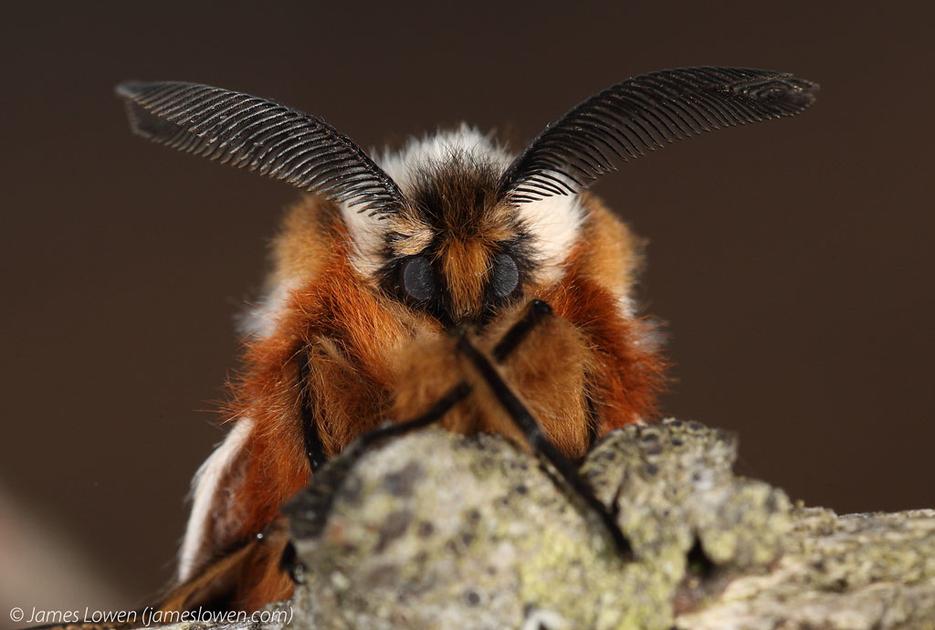 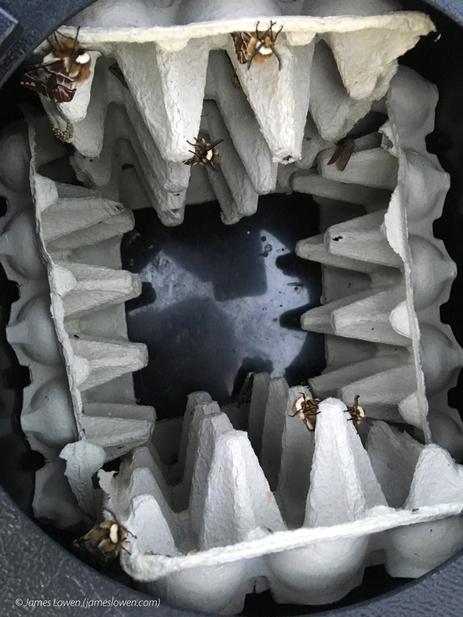 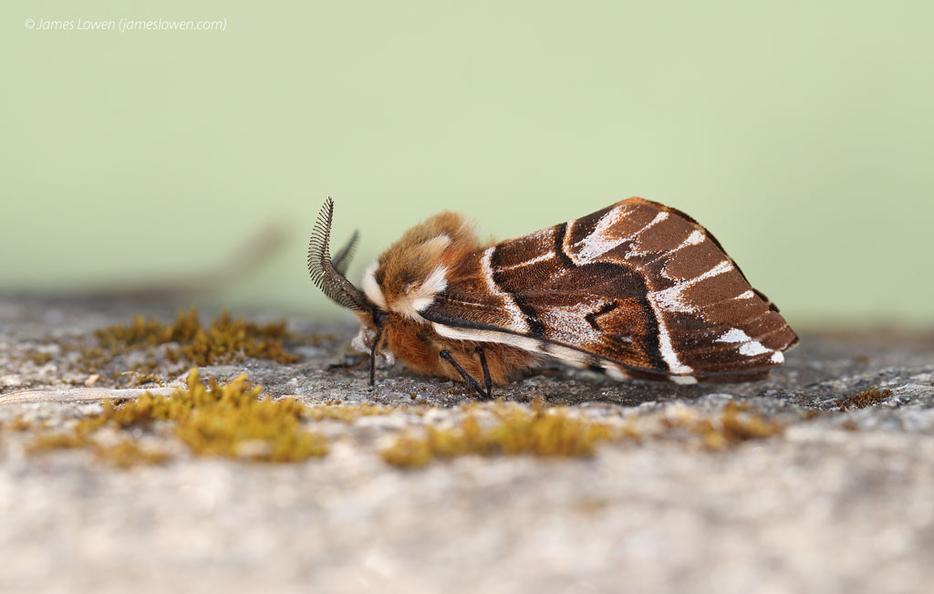 The same site also produced ten Netted Mountain Moths - a Red Data Book species - in double-quick time. Had we searched for longer, doubtless we would have found more. Other creatures of interest included a singing Brambling, Green Hairstreak and zillions of Green Tiger Beetles.

Bowling up to a birch-rich site in Speyside around 13h00 on Good Friday, we hung out a 2017 pheromone lure... and were gobsmacked when, after 4 minutes 55 seconds, a bright orange moth with a black and white head was searing around us. With some difficulty - and to Justin's hilarity - Will and I eventually managed to net it. We knew what it was of course - but still couldn't believe our eyes. A male Kentish Glory, right here, right now. In total we lured four males at three different locations at this same site - though there were plenty of other luring attempts that failed. The site was also rich in Emperor Moths (with and without lure) and Orange Underwings.