The appearance of this bird is quite a surprise. Birds breed 20 miles away on the Holt-Cromer ridge but not nearer, as far as I am aware. Although I have long hoped for wintering Firecrest in the garden, I am sure that this bird has not been around previously; I have not heard its distinctive song until today. The habitat - a suburban garden - would be a little surprising for breeders. And late May seems a tardy date for a bird to be setting up territory. My conclusion is that this is a one-day passage bird. My hunch is that it won't be around tomorrow, sadly... 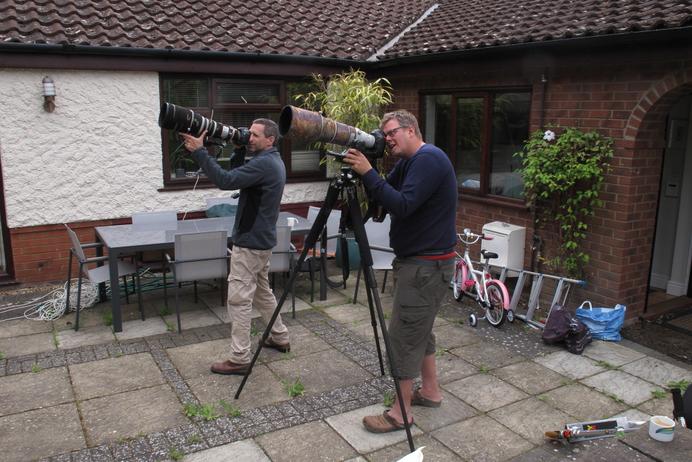 Whilst heading out to do the mothtrap this morning, I hear an interesting song. I am used to our resident Goldcrests singing away, but this one was more insistent and lacked the final twinkling flourish. It sounded bang on for Firecrest! I scurried inside for my bins, and swiftly picked the bird up, singing in a fir tree. Result! Garden MEGA! 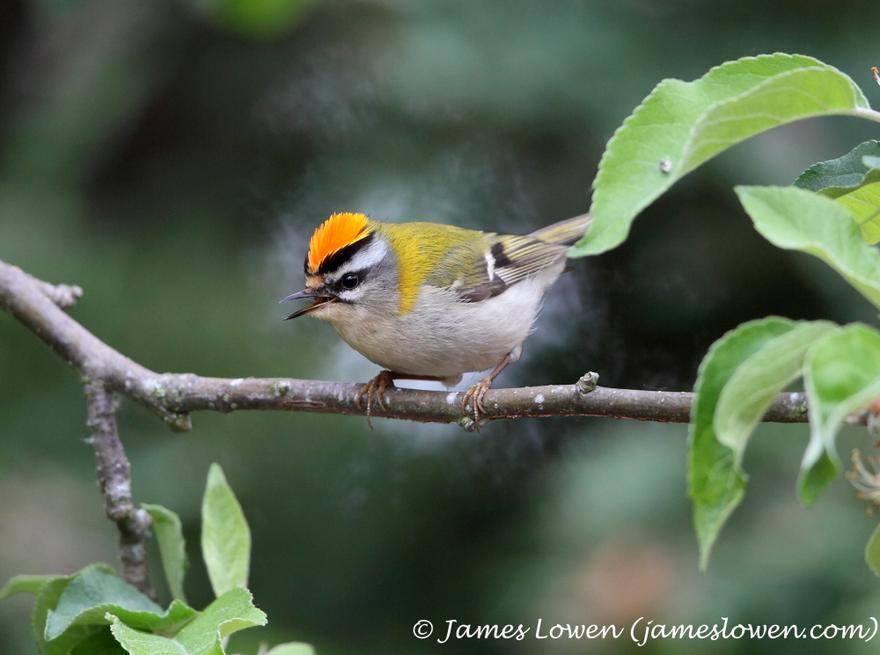 It was a little more elusive, and always active, but sometimes showed very well indeed. We observed further antagonistic activity between the Firecrest and its congeners, including plenty of crest flaunting. 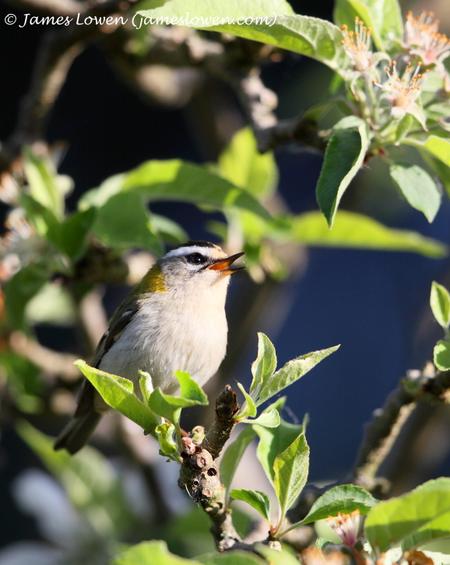 The bird, a male, gave great views as it moved around between fir and apple trees, sometimes in the company of Goldcrests. I tweeted the news out, and Yoav Perlman was swiftly round to twitch it, over a coffee. (Hedonists, aren't we?)