Even more surprising than Maya's star find was a wee critter netted by Alex Starace at Horsford Woods last night: Norfolk's first Musotima nitidalis. Smart and surprising, this is an Australasian adventive moth that seems to be spreading north from southern England since being found in Dorset in 2009. Will it do another Light Brown Apple Moth? How has it evaded light traps yet found a net at an under visited site? 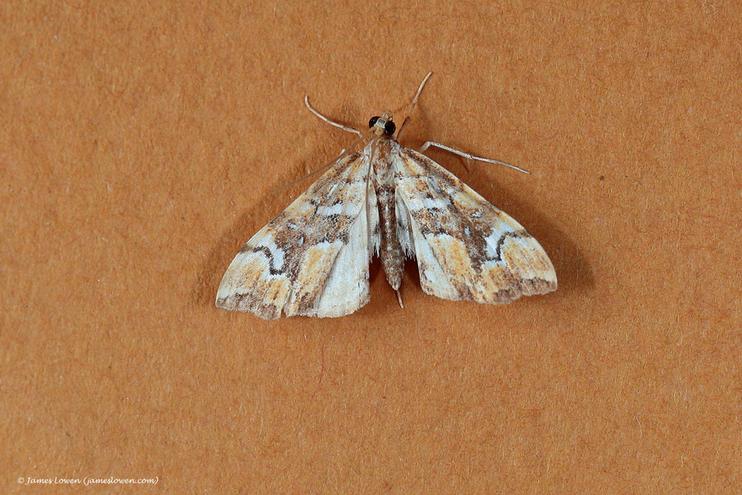 Today's blog stars two moths in the wrong place. The first was spotted and caught by my daughter Maya at Ringland, NW of Norwich (the site where I had Geoff earlier in the week). The little love ran across an open area surrounded by woodland until she ensnared what transpired to be Thisanotia chrysonuchella (Powdered Grass-veneer). This is primarily a Breckland moth, with only a handful of Norfolk records east of there. It's new for the 10-km square, unsurprisingly. And very smart too. In. a rather profitable half-hour despite windy conditions, we also found Cauchas rufimitrella (Meadow Long-horn), Ancylis mittbacheriana (Red Roller) and another tortrix, the smart Ptycholoma lecheana.

A dark variant of Ptycholoma lecheana was also one of the more interesting moths at home the past few nights - with catches lower as a result of wind. That said, I had 220 moths one night earlier in the week, blowing my May record (set earlier in the month) out of the water.