Plumed Prominent is a wacky, wonderful creature. Its antennae are unique - and perhaps the most remarkable in size and shape of any UK moth. A late autumn special, indeed.

Over the next couple of hours, we realised quite how astute Neil's prediction was. This was an outstanding evening for Plumed Prominent. Jack and I caught 54 across our four traps, with Neil, John, Bill and others present catching a further 29. This was one of the best hauls yet, Neil said. Only (the wondrous) December Moth was more common. 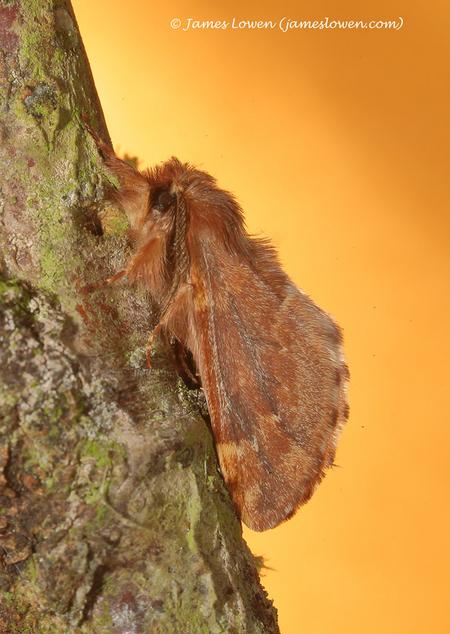 I have had moth-related cabin fever over the past four weeks, since returning from Cornwall. Granted, I have been out birding a few times, but garden mothing has been occasional (due to the weather) and poor when it has happened (with low numbers and negligible diversity). So I was all the more delighted when, at the third attempt, Sharon Hearle (Butterfly Conservation) confirmed that the Plumed Prominent survey in Suffolk, organised by county moth recorder Neil Sherman, was on.  I even wore my new Annie Farthing-designed t-shirt for the occasion. 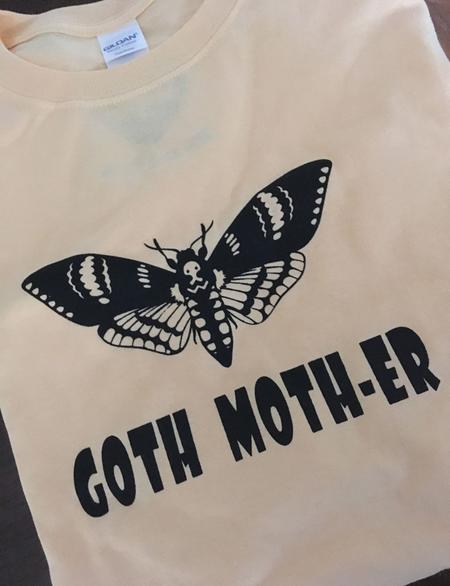 Jack Morris and I arrived at the old deciduous woodland at about 4pm, which is the time it starts getting dark nowadays. Conditions were perfect: still and 10C, with a thick cloud cover. As the air thickened below field maples, oaks and beech, moths started flying: a Chestnut hurtling, a Scarce Umber flickering, a Feathered Thorn swooping, Common Plumes loitering. Omens were good. As we set up, Neil suggested that we should get the first Plumed Prominent about an hour after dusk. He was right. At 17h20, Sharon spotted one buzzing around one of my MV traps.

Even without the autumn proms, it would have been a splendid evening - easy, efficient and full of moths. We caught around 180 of 12 species in our <3 hours. That's about 10 times more than I have caught total in my garden over the past month! Sprawler was great - and new for Jack. His keen eyes picked up two female Scarce Umbers, the first time I have seen this flightless moth in the field. We each found a pair of mating Winter Moths - again, the first time I have found the female in the field. Those females alone would have made the evening. 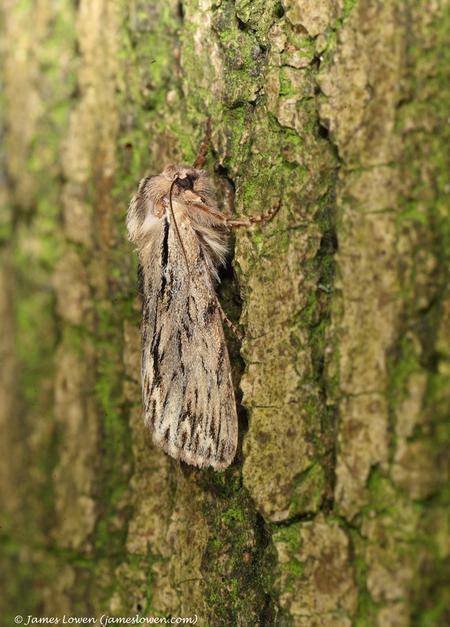