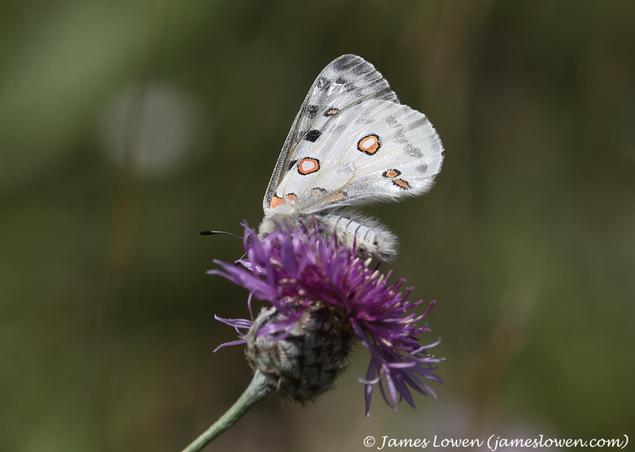 Both Besande and Arroyo de Mostajar are sites for Chapman's Ringlet, although we only found this Picos endemic at the the latter location, where we saw five along the west side of the stream. I shall spare you the awful photos. The same applies to Lefebvre's Ringlet, which was fairly common at Fuente Dé, particularly along the La Vueltona track, although rarely settled on the ground. We also photographed (see below) what appears to be this species at Puerto San Gloria, which was a surprise (if correctly identified!). At Fuente Dé, Common Brassy Ringlet was common. Black Satyr was a surprise at Tudes.

I will round off the butterflies with a crowd-pleaser. We saw only a couple of Scarce Swallowtails, but My! aren't they stunning?

​In Llanes, we were based at El Habana hotel, and most of the week was spent pootling in the environs, particularly the well-stocked garden. The hotel lights attracted some nice moths, the garden Buddleia had ample common butterflies and the lushness and small stream probably accounted for the variety of herps found.

In the Picos, we stayed in the hillside village of Tudes, a few km south of the town of Potes on the eastern side of the massif. We had a duplex apartment in the Casa de Chimeneas complex. Nice accommodation with a shared infinity pool, opposite the village bar. Plenty of butterflies (including Apollo!) and moths (including Fiery Clearwing) in the garden itself, with birds seen from the pool including Egyptian Vulture, BootedandShort-toed Eagles, Western Bonelli's Warbler etc. An outstanding village and a good base.

Lizard-wise, the Llanes hotel held a couple of Slow-worms. I saw single Western Green Lizard (Besande), Large Psammodramus (Tudes) and Ocellated Lizard (Arroyo de Mostajar). Iberian Rock Lizards were common at Codavanga ( areal treat, as I had not expected to see this species), both north of Lago de Ericina and on the path connecting the southern side of the two lakes. I had a female of what appeared to be this species at Fuente Dé, along the La Vueltona footpath.

I have just spent two weeks (a combined family holiday/research trip) in the the Picos de Europa, northern Spain. Specifically a week lazing around north of the Picos, near the Asturian coast, plus a week in the Picos proper. It was, in a word, amazing. My thanks go to Matt Hobbs, Durwyn Liley and Martin Fowlie for information and/or company. This two-part blog seeks to serve as a trip report and image gallery, all in one.

As these images show, the scenery was fabulous in the Picos itself. (On the coast, it might have been, but we couldn't tell, as we had six solid days of mizzle and no view.)

The highlight was seeing Apollo, which we encountered at several sites (three at Besande, two at Tudes, one west of Puerto San Gloria, two at Arroyo de Mostajar and one at Fuente Dé. Only two individuals deigned to land, and then only briefly, so I only managed poor images.

The chapter about the Picos in my forthcoming book, 52 European Wildlife Weekends, will be butterfly centric. So it is just as well that the trip excelled for these lovely winged creatures. We saw about 80 species (I have yet to tot up or identify everything), many of which were new for me. Photography was not easy in the harsh light, so I mainly stuck to getting record shots to confirm identities. 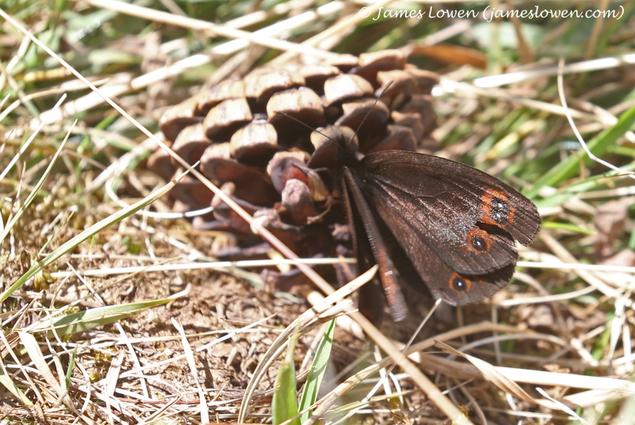 Coppers were prominent at Mostajar and Besande. Scarce Copper dominated. Besande was the only place I saw hairstreaks, which included this lovely Blue-spot Hairstreak.

I didn't do any moth-ing in the Picos (it is illegal to trap using a light unless you have a licence). But I still managed a few chance encounters, around hotel lights, and while out and about during the day. Highlights at Llanes included a sumptuous Latin. At Tudes, I encountered three species of clearwing (Fiery, a mystery tiny critter and a species of Bembecia on broom - probably either himmighoffeni or uroceriformis), and Beautiful Yellow Underwing. Dew Moth (amazingly, the same species as I saw in Kent last year), was common at high altitude (Codavonga and Fuente Dé). Feathered Footman was common at Besande and Tudes. Hummingbird Hawk-moths were common at low altitude.

Click here for part 2, covering birds, mammals, and other insects.

The range of fritillaries (12 species?) and blues was mind boggling. Chalk-hill Blue was the common species at altitude. Others of note included Escher's Blue at Fuente Dé, Adonis Blue at a few sites, and, delightfully, Gavarnie Blue at Fuente Dé. This species was relatively common everywhere at this site, but still was only about 1/20th as frequent as Chalk-hill. 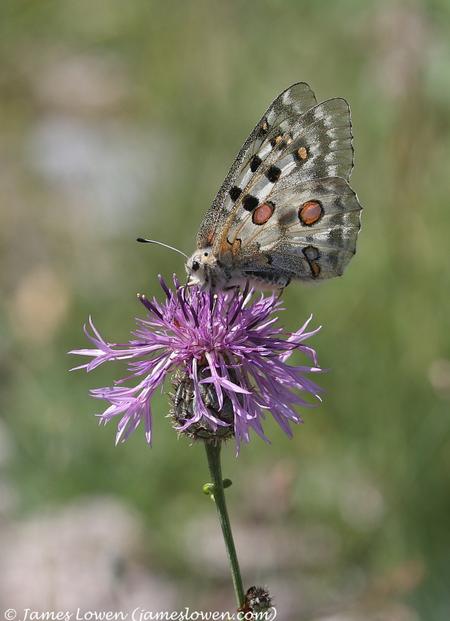 Some key sites in the Picos

Fuente Dé (43.144256,-4.811261). The easiest way to reach high altitudes is to take the cable car here. Arrive by 0830 to avoid the queues: the ticket office usually opens at 0845. Explore the area north: no need to stick to the well-worn trail. Ideally at the first intersection, turn left (west) towards La Vueltona and work that area before returning to the junction and continuing north then eat towards Hotel Avila and round/down to Espinama.

Tudes (43.122357,-4.611812). The GPS coordinates marks the point where Ben Macdonald (whose excellent butterfly-centered trip report is a must-read) looked for Southern Marbled Skipper. He didn't see it, and nor did I despite several attempts (just Mallow Skipper...). Nevertheless, the paths leading out of the village were worth exploring for heathland and Quercus-oak forest fauna. A good range of butterflies, Fiery Clearwing, and some nice birds.

Embalse de Besande (42.874657,-4.879746). An overwhelming site for butterflies: I managed 50 species in three hours without really trying. Quite outstanding. Park at the GPS coordinates. This is east of the P-215, a few km south of the village of Besande. Then explore either side of the track leading north, and the the grassland east towards the Embalse (lake). I walked into the first north of the lake, but aside a few False Ilex Hairstreak, this wasn't really worth it. Stick to the flower-rich open areas. Dusky Large Blue was the standout butterfly (all in the slightly damp, low-lying area to the right of the path just as you reach the woodland)

Arroyo de Mostajar (43.095233,-4.850968). Park at the hairpin, then explore north along the stream. A good site for butterflies, which rares including Chapman's Ringlet and Dusky Large Blue (the latter all in the damp, low-lying area to the right 50m north up the track).

Cosgaya (43.110472, -4.729662). We parked at the GPS coordinates, and crossed the road to walk uphill, along the road signposted 'Cosgaya 200m'. We then followed most of the alternative walk suggested for Cosgaya in Teresa Farino's excellent little Sunflower guide to the Picos (a must-buy). Nice stream side deciduous forest and craggy heathland. Good for butterflies, though nothing special during our two visits. (Apparently better in June.) Martin Fowlie had a dead Seone's Viper here.

Puerto San Gloria (43.052568, -4.796656). The mountain pass on the N-621 heading south out of the Picos (en route between Potes and Besande, for example). A dead-cert for Citril Finch. In three visits, I always scored within three minutes - including 30 shortly after dawn. Also good for butterflies, including a surprising Lefebvre's Ringlet.

Covadonga (43.274845, -4.992087). During summer, you need to use one of the car parks below the village of Covadonga, then take a bus up to the top. We expected this would be a faff, but it was well worth it, enabling you to enjoy the scenery while avoiding driving the hairpins. At the top, it is pretty busy (this is a honeypot site for tourists), but the lakes are beautiful, and the short walk proposed in the Sunflower guide, connecting the two lakes, is rich in wildlife and devoid of people. Iberian Rock Lizard was notably easy here, although butterflies were surprisingly scarce.

Dusky Large Blue is a fair old rarity, and Ben Macdonald missed it. We tried the sites he suggested (Besande, Mostajar), and found it relatively common - perhaps being a fortnight earlier in the flight season served us well. All butterflies were in a small area at both sites, feeding on a flower that looked like a burnet sp in damp grassland. 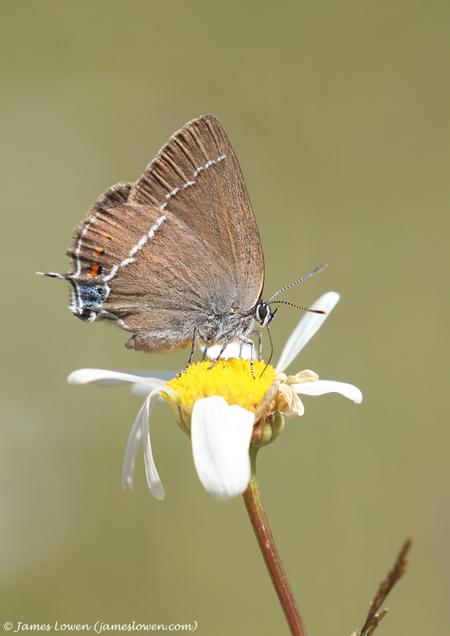 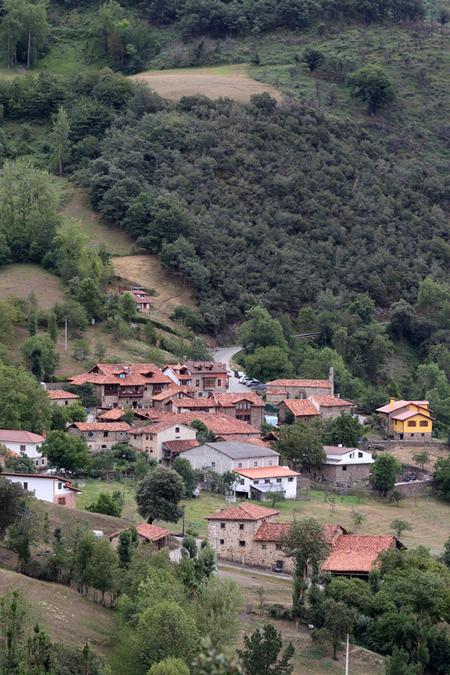 I have an ever-stronger thing for reptiles and amphibians, and spent quite some time flipping stones this trip. Lizards were good, but I failed to find a single snake. Amphibians were fine too; I'll cover them first. The hotel garden in Llanes proved surprisingly good for amphibians. The highlight was Fire Salamander, skulking under a rock. The pond (and swimming pool!) housed Palmate Newts. The Rana frogs along the stream appear to be Iberian Stream Frog (based on the relatively small size of the ear drum compared to the eye), rather than than Common Frog, but I am happy to be corrected! The toad here - to my surprise - has been split as Spiny Toad (from Common), so is a tick. Amphibans in the Picos were scant, surprisingly. A dinner-plate-sized Spiny Toad scuttled under a rock in one of the two valley ponds at Fuente Dé (below the Vueltona track), and several tiny black toadlets were presumably also this species. Both ponds held several Alpine Newts (including a few dead individuals), but I could not find any Common Midwife Toads, sadly. I had a few adult Iberian Water Frogs at Besande (but nowhere else) and some froglets and tadpoles of what was presumably this species at Tudes. I was sure that the drinking troughs at the latter site would hold newts or salamanders... but they didn't.

i I photographed Wall Lizards wherever I saw them. Frankly, given recent splits, the complex does my head in. Common Wall Lizard is the default species in the areas we visited. But Guadarrama Wall Lizard also occurs, and we were on the border of Bocage's Wall Lizard range. Arguably, Catalonian Wall Lizard might extend into the Picos as well. The stuff of reptilian nightmares.