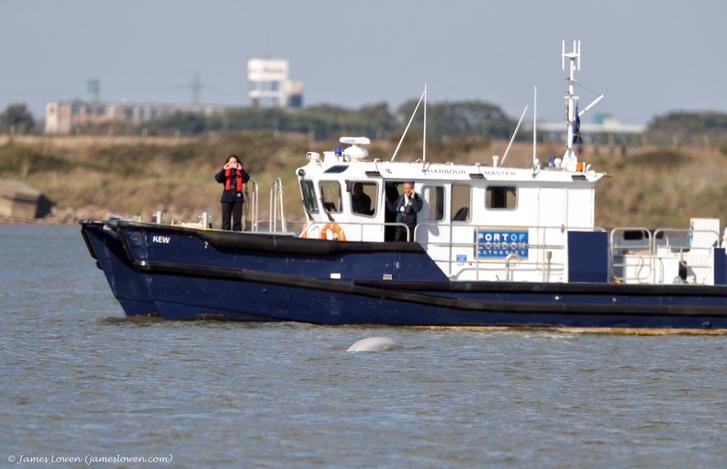 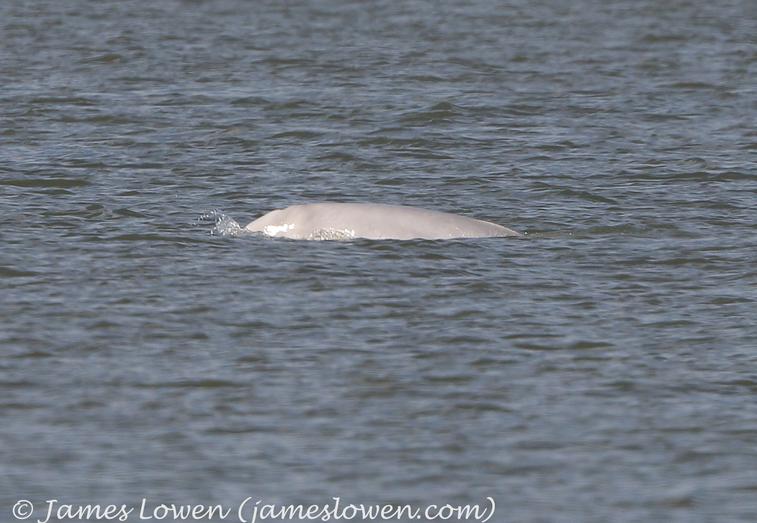 Dave got on the telly and will presumably now become an International Superstar. And he is worthy. For a Beluga in the Thames is the find of the decade, if not his lifetime. Guernsey, mate, I salute you. But I salute the whale even more. Let's hope it returns to the Arctic and that no more of its brethren are so stymied by climate change that they too abscond southwards.

Yesterday was rotten. Today was amazing. That's the way the wildlife-watching world crumbles. I'll spare you the details of yesterday - because they are not the focus of this blog. But suffice to say that (a) I walked and watched a lot of Norfolk for zero return; (b) I drove a lot of Norfolk, very fast, on the trail of a Black-browed Albatross that transpired to be a Gannet; and (c) I got a bit too close when photographing crashing waves, and got covered by a particularly frothy, powerful, stormy surge (optics included). I then gave a talk - about albatrosses, ironically - in Great Yarmouth, and got home late and exhausted. For the sake of my energy levels, health, workload and family, today needed to be quiet. It wasn't. For that I hold Guernsey Dave - why does it always have to be Guernsey? - responsible. He - with Mike Hoit and Dave 'Faz' Farrow close by - made my day horrendous. Which made it amazing. For, as you may possibly have heard on the interweb or radio or TV -  the trio discovered a Beluga Whale in the River Thames, loafing around the border between Essex and Kent. A Beluga Whale. In the Thames. FFS. 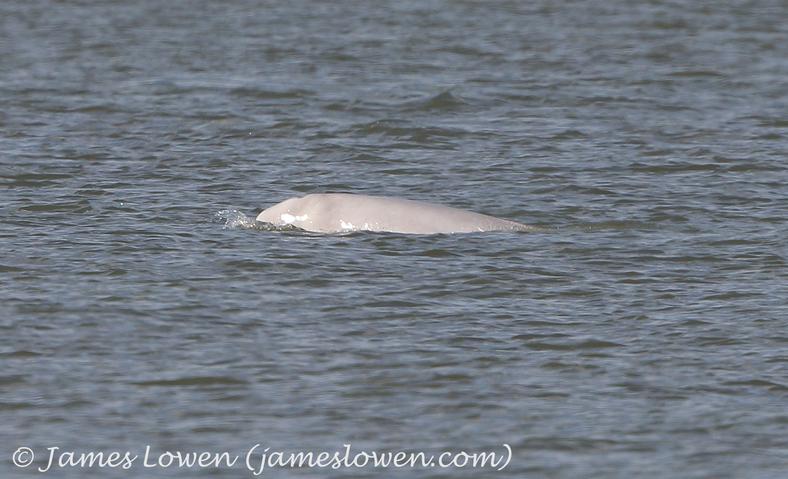 Ah yes, there was media attention. Two choppers were present: Sky and the BBC (the latter presumably assuming that they won't be sued for invasion of privacy; the Beluga doesn't have Cliff Richard's recourse to legal advisors, after all). 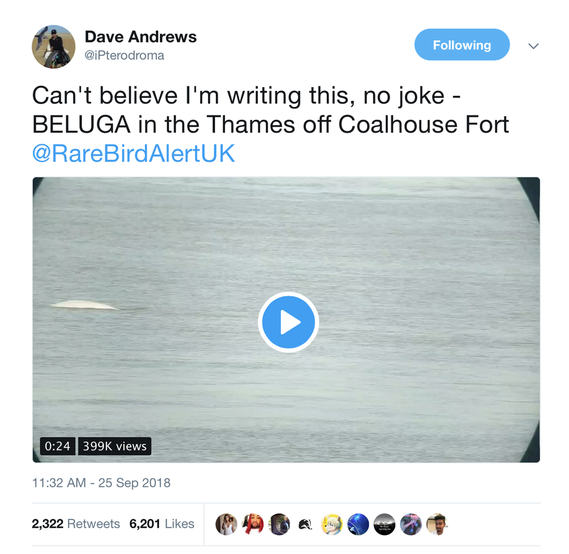 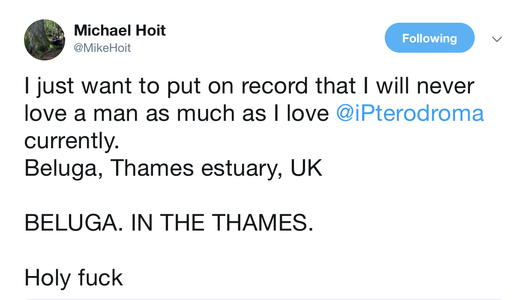 Will Soar took the following video (his copyright, not mine).

Within 30 seconds of me reading the tweet above just before midday - alerted by Mike Hoit - Will Soar was on the phone, suggesting we go. I couldn't, having to pick up my daughter from school four hours later. Within 30 further seconds, I had changed my mind, and - a minute after that - had arranged after-school care and default pick-up plans, grabbed my car keys and optics, and made haste to Young William's abode. Within 2 hours 15 minutes of reading the tweet, we were watching the Beluga in northern Kent. Yes, I know. I live in Norwich. And it was a 20-minute walk to the mammal. Please don't do the maths. But it was a Beluga! In the Thames! A Beluga! A BELUGA IN THE THAMES!