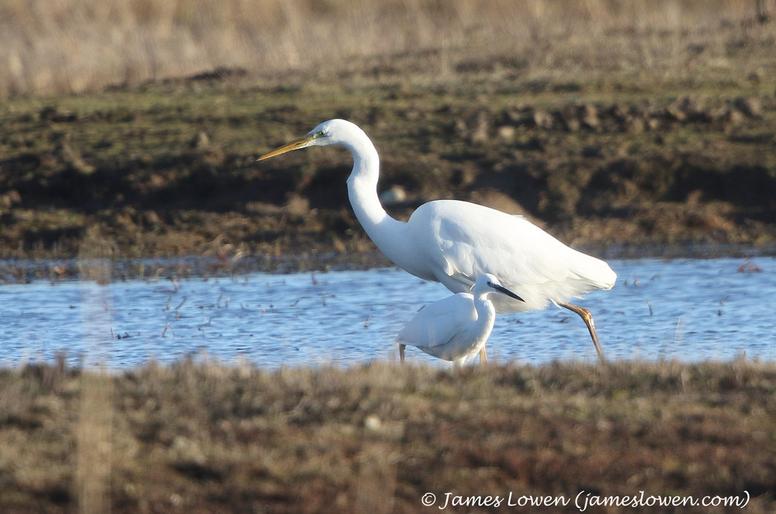 Their's wasn't the only long-leg action going around. On the Scrape, a Great Egret showed quite how well named it is, as its belly nudged the shoulders of a Little Egret.

Needing a blast of sun and a break from the laptop last week, I headed to Minsmere for a wander with my sister and husband, up on holiday. It's really hard to have a bad day at this RSPB reserve. The Lesser Yellowlegs had already been present long enough for it to strike up a testy relationship with the Redshank that previously owned Lucky Pool. The 'legs kept attacking the 'shank's head (for a while I thought it was trying to 'seduce' it), and the 'shank wasn't having any of it, grabbing the 'legs by its, well, legs, and even seemingly trying to drown it. All this fighting over foraging grounds, it appears. Anger, not ardour.

One afternoon, I combined impromptu school-run duties with popping into the local waterworks. There local stalwart Graham Etherington was already watching the young gull below. It looked decent for a first-winter Caspian Gull, were it not for the absence of anchor-shaped scapulars (and perhaps that unclean head?). Talking to folk more versed in cach than me, however, revealed the scaps to be no biggy. It otherwise looked fine for a Casp, so was one, period. 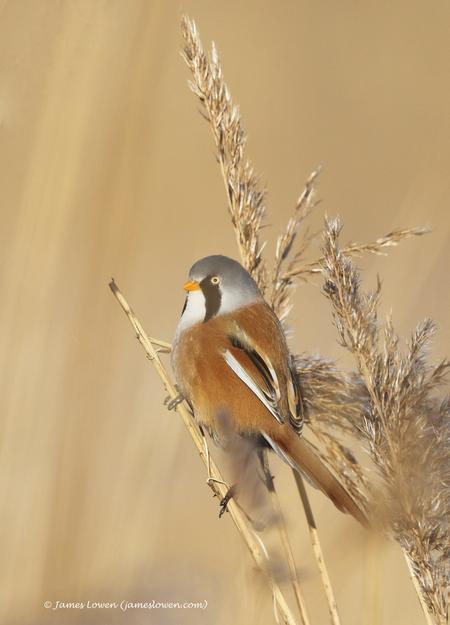 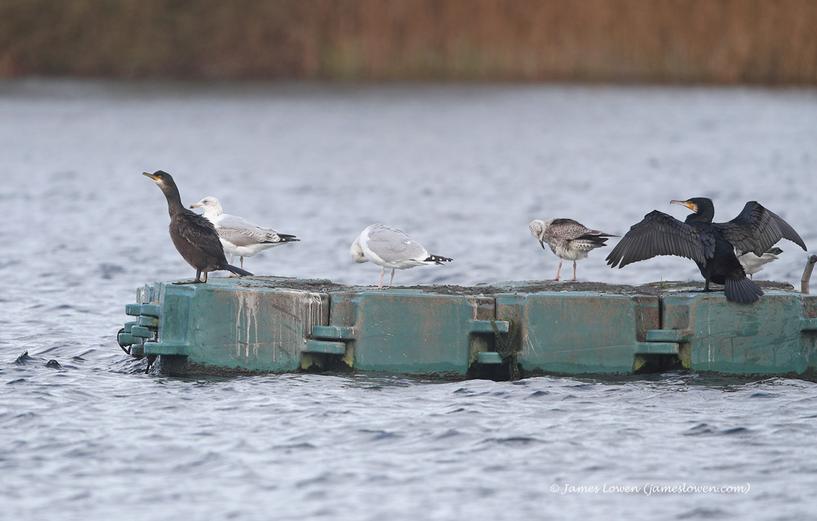 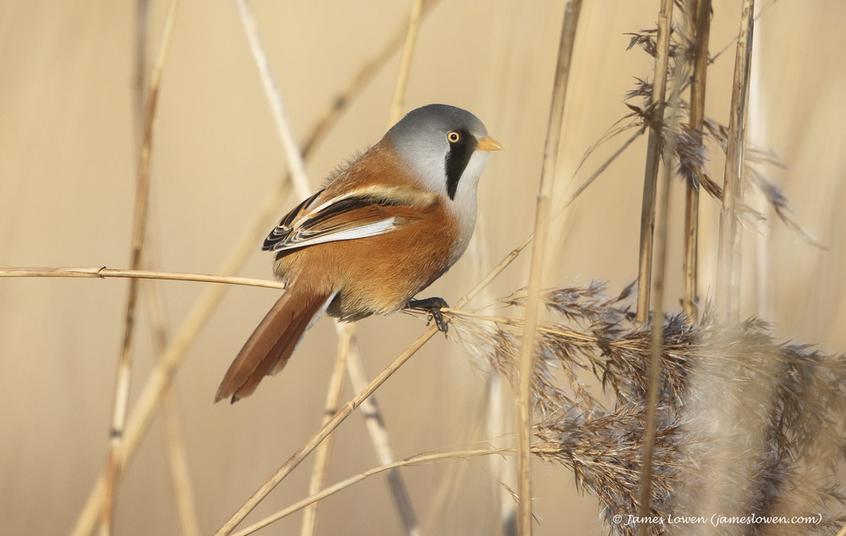 Some showy Bearded Reedlings/Tits have been attracting the 'toggers' recently and I took advantage to shoot some images that will appear in a feature I'm writing on this wondrous bird for the May issue of The Countryman magazine. You can never go wrong with Beardies.

But the day's best experience was something I didn't photograph, because it wasn't photographable. The birds - a hundred Siskins stuffed into a few alders - were eminently visible, but it was the combined volume of their calls and song that really made the trip worthwhile. And you can't photograph music.

It doesn't seem so long ago that I was complaining about the never-ending gloomy skies. Well now we've had a fair few sunny days - but I haven't done enough to make the most of them. I blame work. And life. And the distance to things I would otherwise like to twitch like the showy Pacific Diver and less-so Baikal Teal. And the cold. But a few things of note are worth combining into a blogpost before the year's first month is out. Although I haven't gone for the whole #LocalBigYear thing - because life rarely allows me the time and brain space to focus on numbers rather than experiences - I've had a couple of good local birds that would fit within a 5-mile from home radius. The most notable was Norwich's first Shag for a decade or so, which spent a fortnight-is at Whitlingham Broad.