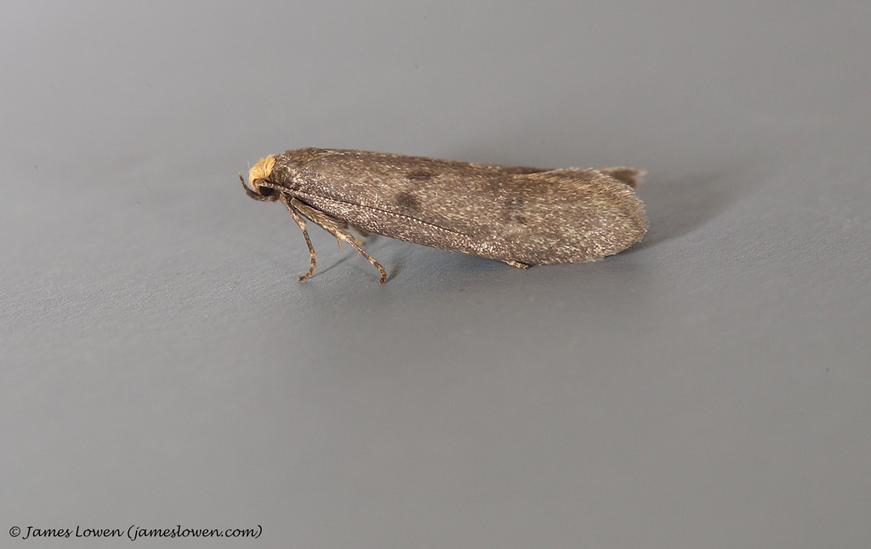 After refuelling with Phil Saunders, we headed to the Barberry Carpet site. As well as the protagonists, a whole host of other decent moths were among nearly 70 species recorded. For us easterners, moths such as Mocha, Pretty Chalk Carpet, Broken-barred Carpet, Small Waved Umber, Clay Triple-lines and Tissue were greatly appreciated.

All this was the amuse-bouche before the hors d'oeuvre (which itself came before the plat principal of Barberry Carpet). Our main quest during the sunny part of today was to see Narrow-bordered Bee Hawk-moth at Powerstock Common. This was a species that I had only seen once previously, near Marlborough (Wiltshire), before I got into moths. So I was keen to see it afresh. And we succeeded, with Dorset Wildlife Trust trustee Alick Simmons joining us to spot the first of at least two individuals.

Back-up at Powerstock was provided by another butterfly tick for Will, Marsh Fritillary, and by a host of male Long-horned Bees Eucera longicornis - a Red Data Book species that we didn't know to even be present and which rather took our breath away. The first one I saw I mistook - for a split-second - for a tiny Narrow-bordered Bee Hawk-moth. Which got me thinking...

I have blogged twice in recent days about last week's Dorset trip: about Albania geoffrella and Barberry Carpet. This post covers the other myriad wonders we saw in those two days which, on their own account, would have made for a marvellous suite of wildlife experiences. On the way down, we stopped at Roudham toilet block, as is our want. Along with a Great Prominent (which is regular here), and some Luffia bagworms, we discovered this Yellow-headed Tubic Agnoea flavifrontella, which appears to be only the sixth recorded in Norfolk. The only other confusion species, Orange-headed Tubic A. josephinae (which we saw in Scotland last June), is even rarer (two records; normally occurs way north in Britain), flies later in the year, feeds on bilberry (rather than the lichen-covered wall of Roudham!) and has an orange rather than yellow head.

Next up were Ophrys orchids. Fly x Bee Orchid was a new hybrid for me - and boy were some tall! Only one Fly x Woodcock Orchid was flowering and was in rather worse condition that the first time I saw it. But Fly Orchids were in fine fettle.

Upon arrival at Bentley Wood at 8am, I predicted we would see Pearl-bordered Fritillary within 10 minutes of entering the eastern clearing. it took nine. We saw low double figures of this lovely butterfly (a tick for Wingman Will), but it was the moths that stole the show with numerous lekking Yellow-barred Longhorn Nemophora degeerela, three Drab Looper (nationally scarce so exciting, but visually as dull as ditchwater) and, best of all, an Argent & Sable. I've only seen the latter in flight before (on two occasions, both in Argyll), so watching one basking in a tree was a treat.