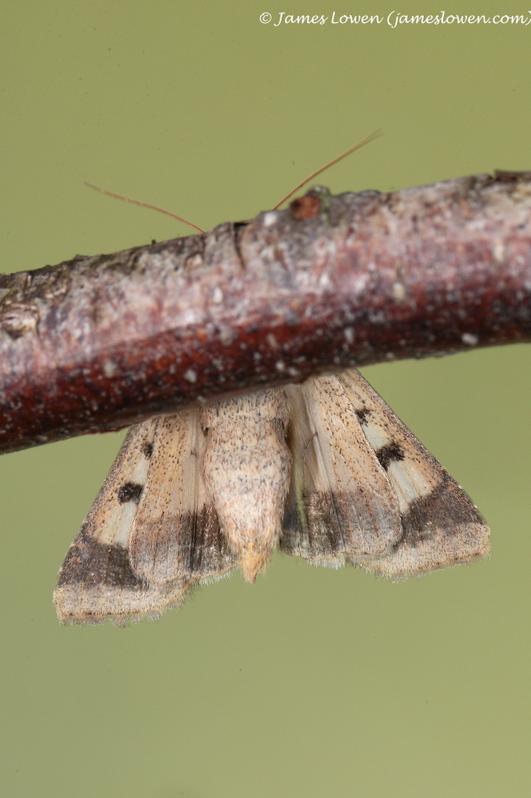 I confess that I ended up ticking the Rutland Scarce Bordered Straw, but with a rather heavy conscience - and it gave me no glee. I yearned to trap one at home - and with good numbers around this month there seemed a fair chance of that. As I approached my garden moth trap early on Monday 21st, I saw an interesting moth flying actively within. The underwing had a large dark border on it, and looked like nothing with which I was familiar... in life. But I had a fair old inkling what it was. Waiting for it to cease whizzing, I eased off the trap funnel, and carefully potted it up. I was right... my very own ​Scarce Bordered Straw!

My Monday moth trap included another news species for me - and one that a couple of other friends trapped the same night, suggesting a local (or wider) movement of what, in East Anglia, is a Breckland speciality. This was Clay Triple Lines. I didn't know what it was when I turned over the egg tray, but did know that those little white circles meant something unusual. Quite a smart little thing. 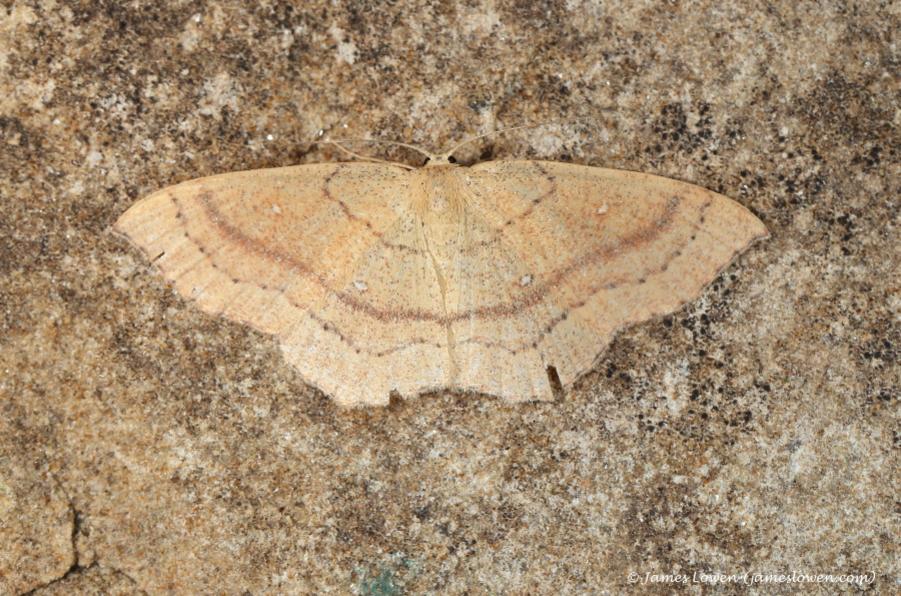 A few Broadland moths entered my summer, which was pleasant. Fenn's Wainscot and Vine Moth are both decent insects. 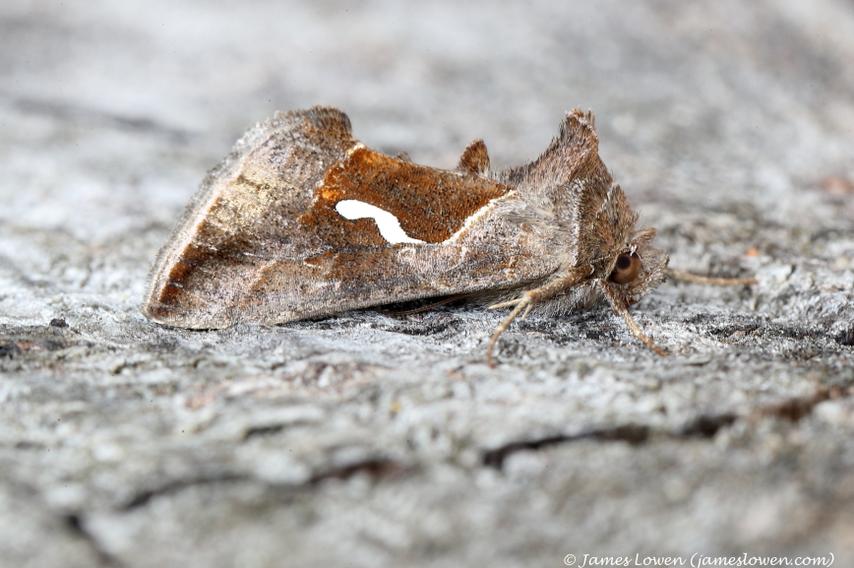 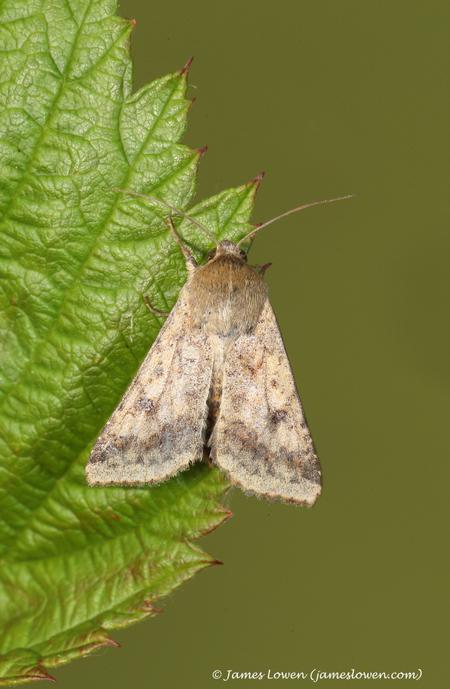 Not much to look at, I admit, but nevertheless it provided the glee that was missing from the previous day's Rutland example. As things transpired, I saw another Scarce Bordered Straw at Portland Bill bird observatory the following day. None in four years mothing, then three in three days! And the Portland one was sat calmly and freely on a stone wall, rather than inside a pot. That one, surely, would have been tickable... 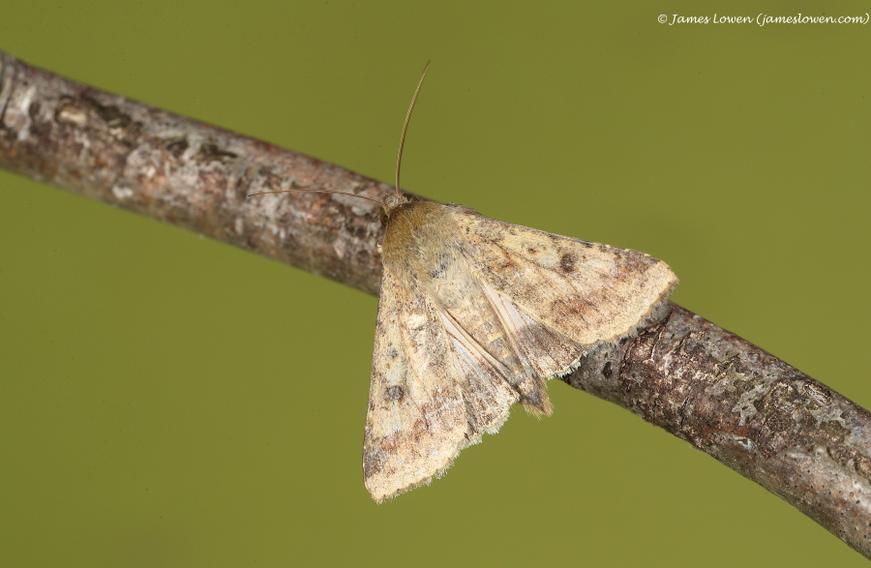 Other than this pair of scarcities, my garden moths have been a little disappointing. Quantity has been good, but quality shameful. The only other new macro moth has been Peacock Moth. I have caught quite a few Red Underwing (checking carefully for something rarer) and plenty of Old Lady. Coxcomb and Maple Prominents have been appreciated, as have micros such as Copper Ermel and the odd migrant (Dark Swordgrass, Silver Y, Rush Veneer, Rusty Dot Pearl).

The final piece of moth joy was provided by Ian Robinson. Ian caught a Gypsy Moth (unusual in Norfolk, and one that I hadn't trapped in London before moving here in 2014) and only my second Dewick's Plusia. The former escaped before I could get my camera on it - but the latter posed nicely. Once it was out of the fridge and out of its pot, of course...

The night I got back from the Birdfair - a week ago now - I was itching to turn on the moth trap. Three nights away meant no moths - other than those in pots on the Butterfly Conservation stand. The latter included the first Scarce Bordered Straw (a scarce migrant) that I had seen, prompting a conversation about how tickable moths are if they are brought to you (or, as in this case, to a third location) rather than you popping over to someone's fridge to see them. The purists - of whom there are many - deem none of these scenarios to be legit. For them, counting a moth on your personal list requires you to be involved in trapping it. In birding terms, say the tick-hungry, this is equivalent to a self-found list. So why should you not be allowed to twitch moths then count them? The purists counter that twitching a bird is fair game, as the feathered one can flee of its own volition - unlike the moth trapped inside plastic, inside a Smeg.