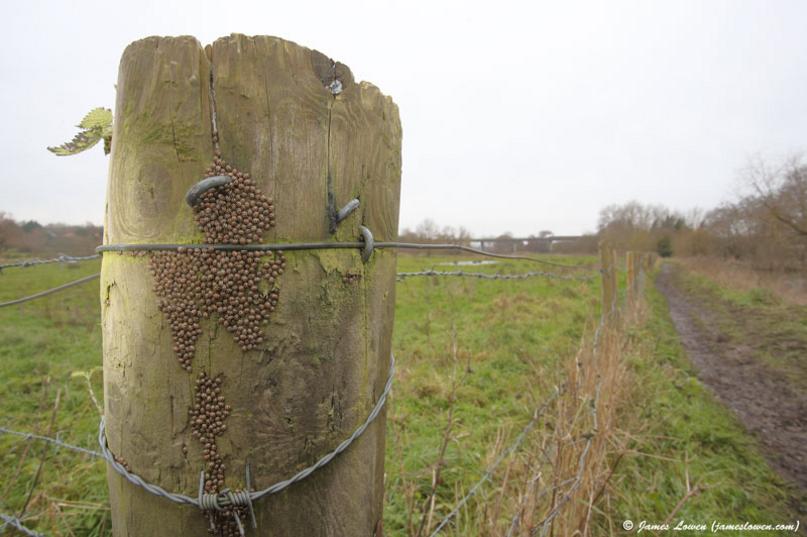 Now to find another magazine that needs photos of hibernating 16-spot Ladybirds... 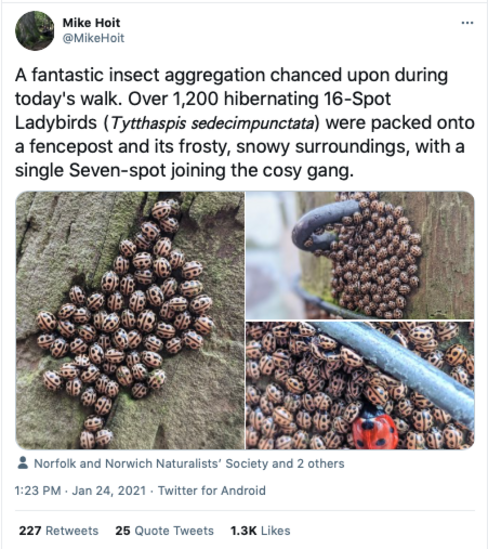 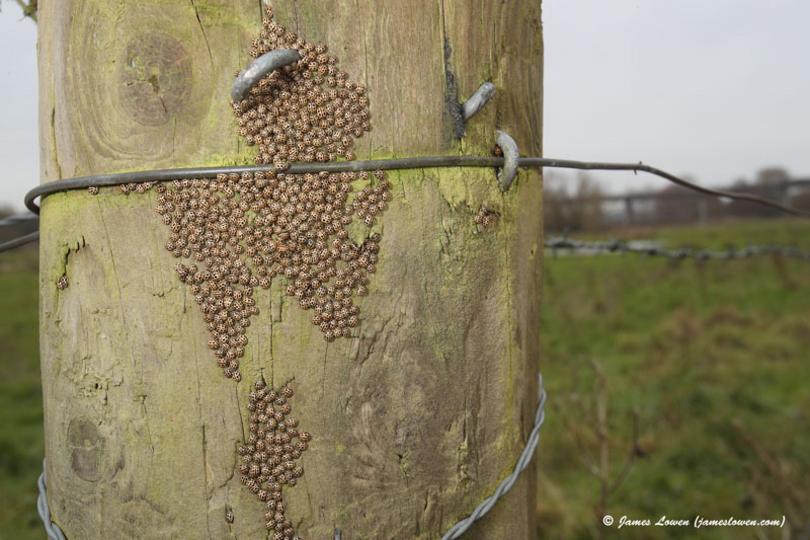 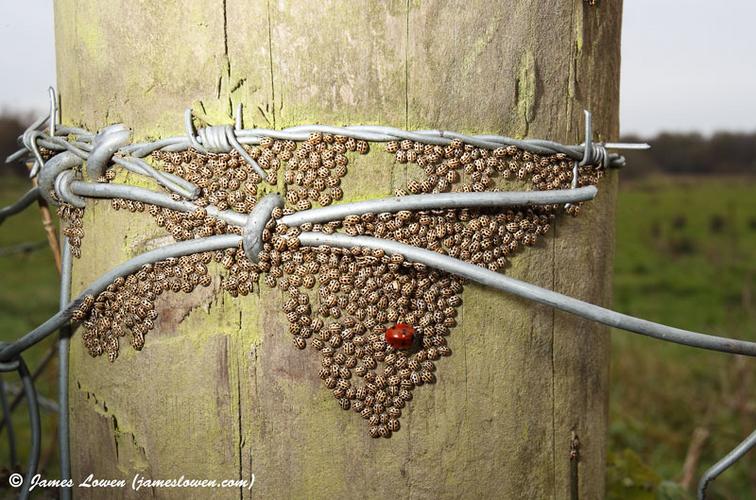 The chosen post was the biggest along the fence, and marked a dog-leg in its trajectory. The ladybirds were huddled on the north-east 'quarter' of the cylindrical form. While this presumably renders it sheltered from prevailing south-westerlies, the aspect is also presumably colder.

I won't challenge Mike's estimate. But I do know that there are way fewer than 1,200 ladybirds now. While I was present, sadly, a walker accidentally stumbled into the fencepost (this post above all others!), got snagged on the barbed wire, and brushed hundreds of the titchy invertebrates to the ground. Hopefully, those disturbed will return.

It was quite the spectacle.

A year or so ago, I was emailed by a magazine with a photographic wants list that included a hibernating huddle of 16-spot Ladybirds. Not only could I not help, but I had never seen such a thing. Last winter, I searched hopefully for such a congregation, but to no avail. A few days ago, however, I spotted a tweet by Norwich mate Mike Hoit, who had just discovered such a 'roost' that he estimated to harbour 1,200 of this tiny species plus a single, comparatively gargantuan 7-spot Ladybird. Judging from the stats at the bottom of the tweet, it seems many other people were as entranced as I by Mike's discovery. 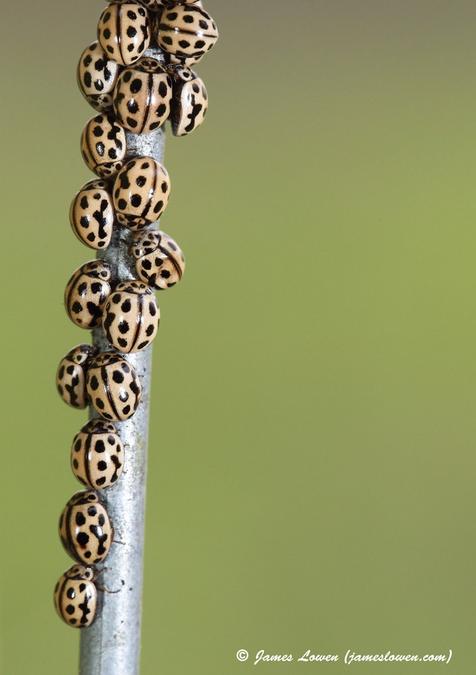 The location - a path that Mike had walked regularly before without spotting the pockmarked fencepost - was just about within cycling distance. So yesterday I paid homage.