Phil also shared with us a Sallow Clearwing that he had caught shortly before our arrival, which was a most pleasing bonus. This species didn’t feature on my 2019 Year of Moth for the species runs a two-year life-cycle, meaning that all, or almost all, individuals emerge during even years only. Accordingly, it was on my wishlist for 2020 – but I suspected that COVID would put paid to that. Clearly it is more exciting to track down one's own, but, for now, an ex-pot individual will have to do.

Last week I submitted the manuscript for Much Ado About Mothing, the travel-narrative book recounting my 2019 moth year. It contains a chapter – called Heavenly Heathland; you heard it here first – which majors on a search to rediscover Speckled Footman on the Dorset heaths. The species hadn’t been seen since 2014, following ever fewer records. We failed. In early 2020, Mark Parsons suggested in print that this moth might possibly be extinct.

On 18 May this year, the area of Wareham Forest where we focused so much of our attention went up in flames. A discarded portable BBQ or campfire as fingered as the reason that perhaps 220 hectares of heathland were destroyed, in a fire that raged for 10 days. Back from the Brink’s Sophie Lake, and wife of Durwyn Liley (Footprint Ecology) who organised the 2019 Speckled Footman search, was among volunteers saving the area’s rare reptiles (e.g. Smooth Snake and Sand Lizard). But for invertebrates and plants... no chance. And yet... on 25 June, Durwyn and Footprint Ecology colleagues were running a trap in Wareham Forest. The first moth Durwyn saw on the top of the uppermost egg-tray gave him palpitations. Although lying with wings flat rather than furled, and although being larger and more strongly marked than he expected, this surely was a Speckled Footman! A few minutes later, I saw this WhatsApp message from Phil Saunders, seeking another opinion on what he, Durwyn, Zoe Caals and Chris Panter already knew in the heart of hearts.

Nationally scarce micros included two species of Cosmopterix, which look to be two C. orichalcea (netted in damp grass in a pathside drainage ditch, near a small boggy area) and three C. scribaiella (oddly for a Phragmites feeder, in the heathland trap; might they be something else?). We also caught Isophrictis strictella, for which there appear to be few Dorset sites. All three species, according to the Dorset Moth Group website, may be gen-det only. If so (and it is possible the website is out-of-date in this respect; Norfolk Moths shows one of the species as needing photo only), we will have to submit the photos to Mike Hetherington and hope. Another nat scarce micro (though not new) was the smart Eudonia delunella (and I say this as someone who, unforgivably, effectively ignores Eudonia and Scoparia). A suggestion of migration came from Catoptria verellus, a new moth for us all. 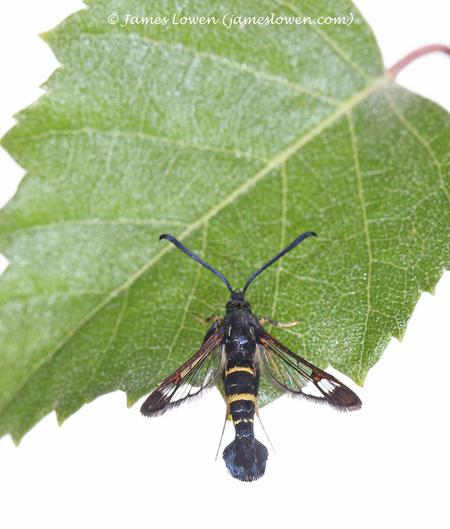 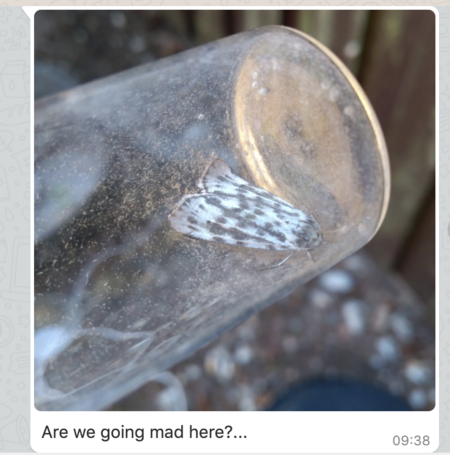 Even without catching the main prize, it was an exceptional night and we were privileged to get the call that enabled us to come and help. Round of applause for the Footprint Footman Team, I feel. And the Heavenly Heathland chapter may need a slight tweak...

With help in the morning from Natural England’s Simon Curson, we assisted Durwyn in running five traps in suitable habitat and ran them through perfect mothing conditions: light rain, little wind and temperatures never dipping below 19C. We caught an outstanding 235 species – more than I have ever caught before, albeit still a ton fewer than the epic night in which some fortunate Norfolk moth-ers were involved in the Brecks last summer. It was bewildering, exciting and confusing. Sadly, their number included no Speckled Footman – a reminder that even if the species is extant, it remains exceptionally rare (UK’s rarest moth, anyone?). Plenty of wonderful moths though: Beautiful Brocades were new, Small Grass Emerald, two Dotted Border Wave and (an earlier netted) Purple-bordered Gold starred among the macros. Scarlet Tigers were wonderful; earlier we had watched perhaps a dozen apparently displaying at another site. One of three Rosy Marbled was particularly smart.

Swift checking of the internet revealed that the dark patterning was wholly within range for Speckled Footman. Discussing with Phil and Durwyn suggested that it would be possible to have a slightly wider (but still low-key) survey that same night. Once Durwyn had discussed the discovery with Butterfly Conservation and sorted permissions with the land manager, and we had agreed COVID-mitigating arrangements, Wingman Will, Sarah and I hit the road to try and do something useful for moth conservation.

After a smooth journey, we were lucky enough to be present when the Speckled Footman was released. Seeing the species alive and well (if still Critically Endangered), after a fair degree of personal investment in the past year, pricked my eyes with tears. Sometimes the resilience of wildlife can take you aback – and breed hope. 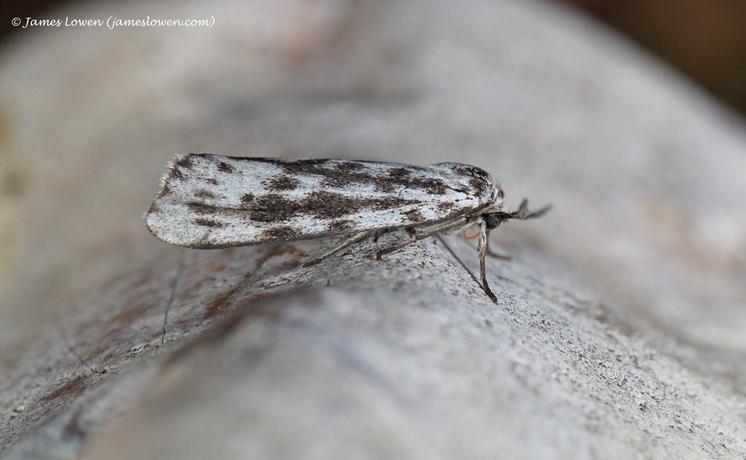