So what of that mouthwatering list of rarities at the start of this blog? In sum, nothing. But they didn't half get the pulse rate going and the family 'discussions' flowing...

Delightful though it was to have Cot Valley as a patch (done once or twice daily, plus mooching around the garden), the birding was really poor. Cot produced two Yellow-browed Warbler (one in the garden) and eight Firecrest on one day (2-3 on other days). An influx of Robin was apparent on one day, and a few Blackcap bumbled around. Single Woodcock and Jack Snipe were flushed, the former almost piercing my sister as it departed. Elsewhere, I scraped another Yellow-browed at Porthgwarra, where two Snow Bunting were confiding and a Woodcock brief. If it wasn't for two male Vagrant Emperor - one at Sennen Cove, the other at Porthgwarra - I wouldn't have found anything of note this week. The field at Sennen that had held the Buff-bellied Pipit the previous day hosted a moulting adult Richard's Pipit when I was there. This was rather a confusing bird, prompting modest modest discussion about it being Blyth's. It was a small bird with an apparent short tail and possibly a short handclaw (the angle on my photos below doesn't really nail it one way or the other). The call was markedly unusual (at least in my experience): a harsh 'tzit'. Click here for a recording (by Toby Phelps). Given the modicum of interest in the bird (and the rêverie I had about it being a Paddyfield Pipit...), I'll post a suite of photos here.

Common Nighthawk. Chestnut-eared Bunting. Lesser Kestrel. Buff-bellied Pipit. Snowy Egret. Upland Sandpiper. Siberian Rubythroat. All birds inherently likely to have a disquieting impact on a family holiday were they to turn up. Which - in name at least - they all did during the half-term week we have just spent in Cornwall.

'Turn round and go back to London!'

'Just booking a flight to Scilly!'

'Can I get to Yorkshire and back before breakfast?'

'But where on the Lizard?'

You get the picture. It wasn't entirely a tranquil few days in the south-west.

Micros were few and far between. This Calybites phasanipennella was thus gratefully received. 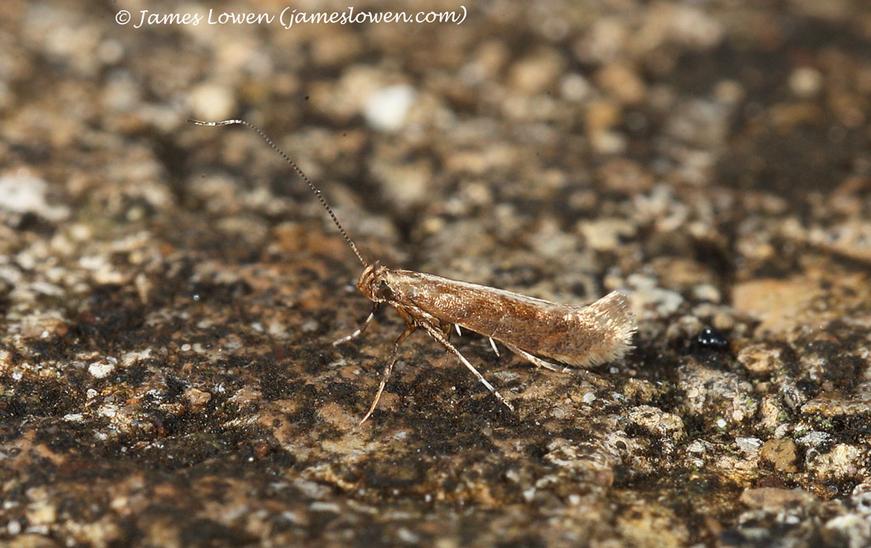 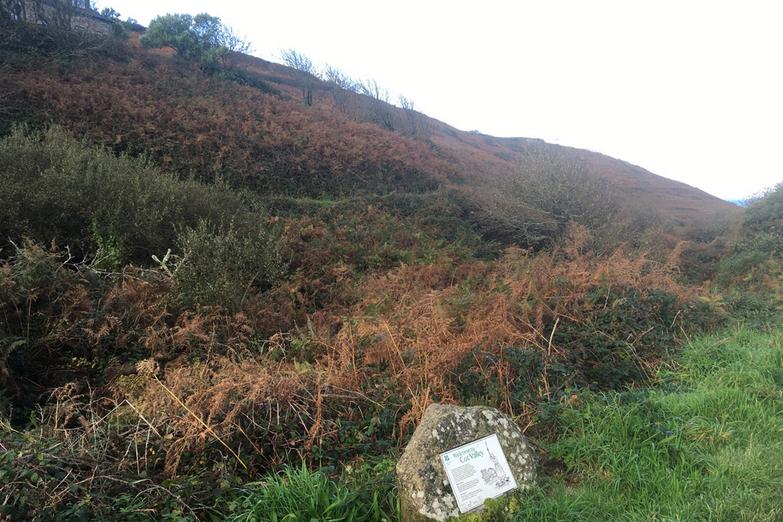 We had a cottage in Cot Valley for the whole week. We were simply bound to find a Veery munching the Wedgling moths in our cottage garden. Or not. Migrant moths were few and far between; the first five nights were cold, the final two blown out (and the final one also somewhat damp). Even with the help of several hours ferreting among clumps of ivy, all I can rustle up were White-speck, Cosmopolitan, two Delicate, Pearly Underwing, a score of Rusty-dot Pearl, a dozen Dark Swordgrass and a few Silver Y.Angle Shades, Turnip and Hebrew Characters were conceivably all migrants, so perhaps I'll use them as makeweights. Classy residents included Feathered Ranunculus (very common) and Feathered Brindle (one). Autumnal Rustic are always nice, and I was rather taken with seeing so many Dark Chestnut (which I have only seen once before) and Brick. The biggest surprise was a Red Chestnut, which flies from March to May. What on earth was it doing out in autumn?