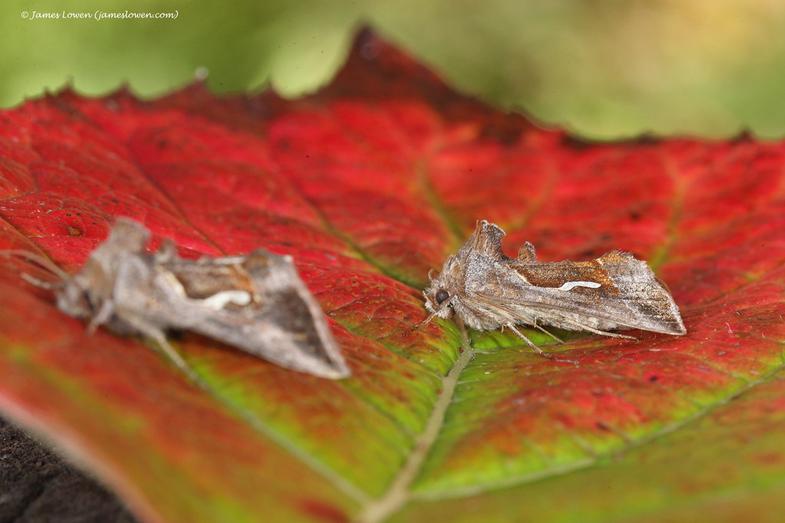 The major highlight in this week's garden mothing occurred when a Dewick's Plusia landed on my t-shirt about 22h00 on Weds evening. I veritably jumped and twirled for joy, just about managing to avoid spraining my ankle in the process. (When you're my size, twirling is inadvisable.) My only two garden records came in successive nights during late May 2018. So this third prompted much pleasure. I swiftly potted it, fridged it and went out for more. I potted a couple of other things - the first Brindled Green and Barred Sallow of my year, then a Large Ranunculus, just in case Wingman Will had neglected to see one this year and wanted to. I then retired, happy.

Two in a night doesn't smack of migrants, which is what Dewick's Plusia is usually considered to be. However, it is now suspected of breeding in a few areas, including west Norfolk and probably around Norwich. These individuals are most likely second-generation, locally bred moths.

As expected, Will fancied seeing the Large Ranunculus, particularly with a side order of Dewick's Plusia. He popped over for a mid-morning 'moffee'. I opened the fridge, picked up the two pots... and gawped. Each pot contained a Dewick's Plusia. Assuming that something magical had not happened, I had - somehow, unbeknownst to me - potted two. Not one. How, I did not know. I gasped. I gawped. I scratched my head. And concluded senility had struck. After a bit of reflection, our best guess was that when I had potted the 'Large Ranunculus', it was actually the second Dewick's Plusia. I had seen the Large Ranunculus on the side of the moth trap a few minutes earlier, and left it there. On my next sally outside, this time without head torch, I had taken the decision to pot it, just in case. In the intervening minutes, I was forced to conclude, the ranunculus had vanished and a plusia had taken up its position. In the dark, not bothering to check, I potted the plusia. 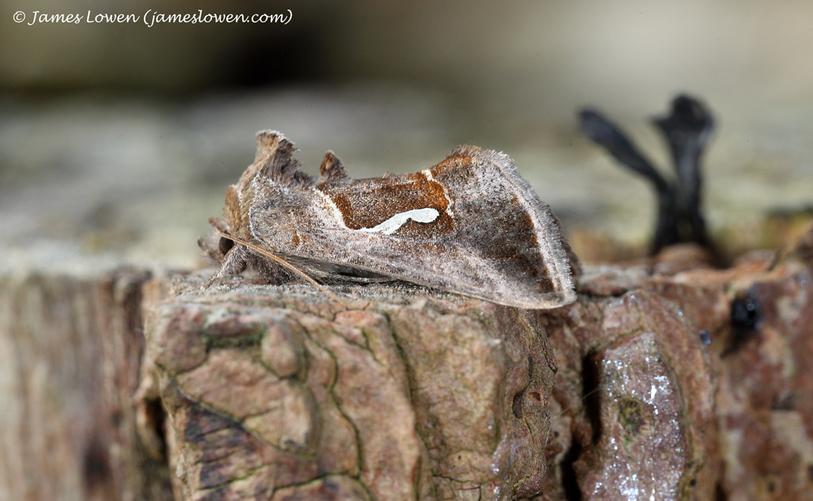