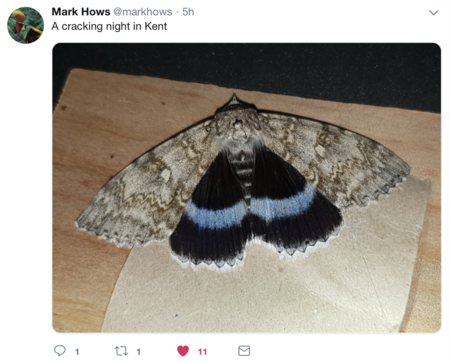 Garden trapping the past few days has been a little underwhelming given the exciting migrants (notably several Beautiful Marbled) being found elsewhere. A single Latticed Heath (a migrant) is nothing compared to 2,000+ trapped at a single site in Essex. Six has been the peak Silver Y count. Two Cydia amplana were new for the garden but unsurprising given numbers around this year. There have been odd Rusty-dot Pearl and Diamond Back. A few other bits and bobs have included Dingy Shell, an early Orange Sallow, two each of Wax Moth and Ear Moth (agg., but probably Common), Pyrausta purpuralis, Crescent, at least three different Old Lady (including one sizzling herself on a wine rope), Sharp-angled Peacock (a garden tick), Tawny-barred Angle and two Small Ranunculus. The latter is particularly pleasing, given it signals a continued healthy recolonisation following extinction.

But what about that Clifden survey in Kent? Well, inevitably, they succeeded. Catching my own remains a dream... 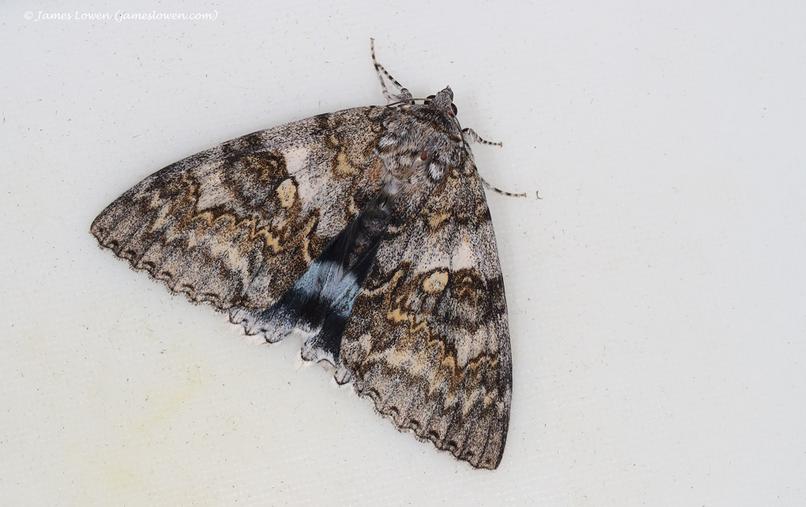 Last night I was meant to be helping survey for Clifden Nonpareil in south-east Kent. There have been a few of these megamoths around in the past week - including one in north-west Norfolk while I was enjoying the Ashes at Headingley last week. So hopes were high for success. However, life intervened and I had to drop out. So it was doubly delightful that a friend from university days, David Hatton, messaged me to say that he had caught a Clifden (aka Blue Underwing) at a holiday cottage in Westleton. Would I like to see it, Dave asked? 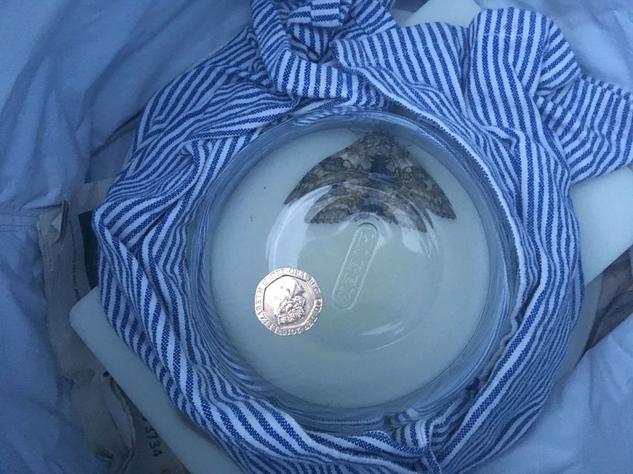 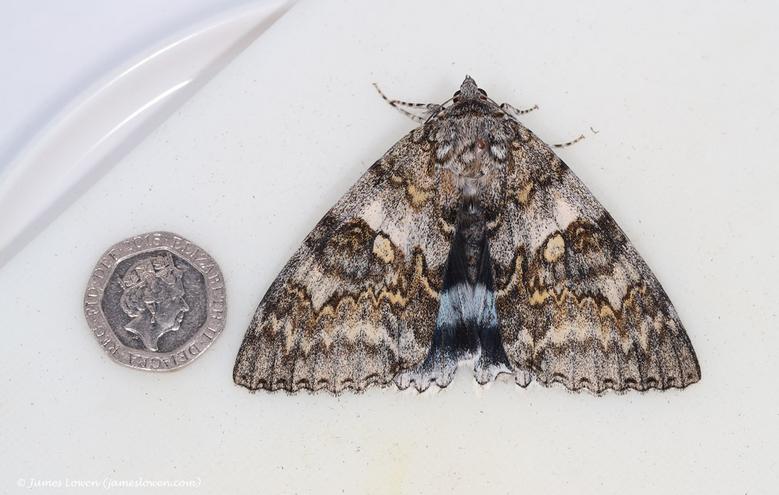 Dave's story of catching this moth is salutary - but I will save the tale for the book. For now, it is enough to admire the blue swaddling (tea-towel, towel) that protected the moth as it sat astride a variety of kitchenware, and to gawp at its size. This is one big (and very well- marked) muvva.