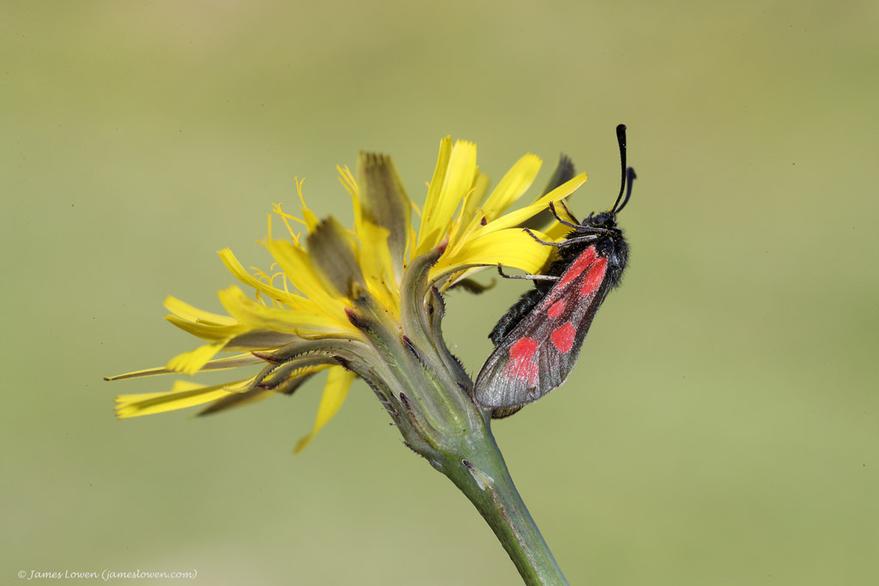 We reached our first target hill near Oban in the early evening, which gave us just four hours to get up and down it, and find the Transparent Burnet. After several hours solid rain further south, the skies had cleared - but it was breezy and cool. Our hopes were not high. Yet within seconds of us finding some wild thyme on a ledge of short grass, we scored.

We trapped in the environs on two nights, particularly on rocky shores (hoping for The Grey) and Dave also kindly shared the highlights from his catch on Mull the night before. The nights were mild (and the days hot!), but a little breezy, which depressed catch numbers, we suspect. Nevertheless, for us East Anglians some nice moths resulted.

There was much other quality in the traps (and quantity too - well over 1,000 moths of 117 species), as this slideshow demonstrates. 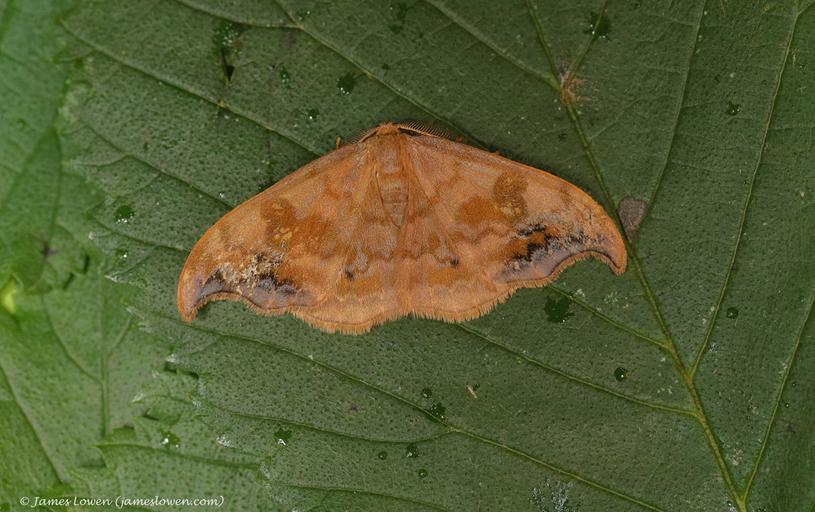 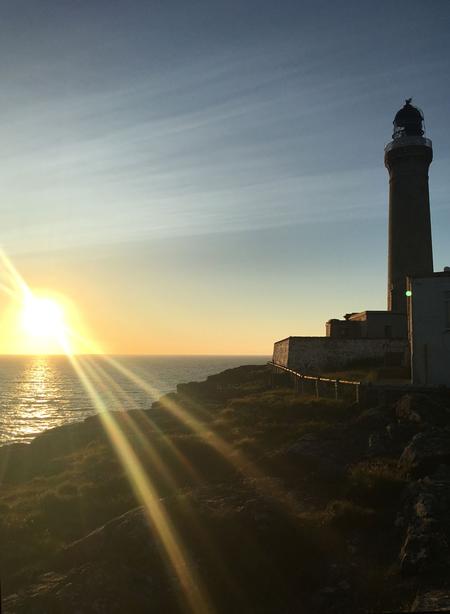 Then we started the long trip north to Argyll - albeit pausing at the outstanding Gloucester 'Farmshop' Services (think organic deli sourcing from local food-heroes, rather than Moto). There this mural caught my eye. It was surely a good omen, as we were due to try and see three extremely rare burnet moths in three days - all of them involving fairly difficult walks over hilly terrain. It wouldn't take much to see us fail: the gen we were working with for Transparent Burnet was eight years old; Nigel Voaden had found just four Slender Scotch Burnets on the island of Ulva; and nobody had even tried for New Forest Burnet (in Britain, now known from a single cliff!) yet this year...

This trapping was simply a bonus, of course. Our third and final Burnet target was Slender Scotch on Mull. Given that Nigel Voaden had encountered problems finding the species on Ulva and feared their flight season might be over, we were more than relieved when Dave Grundy counted more than 70 at a site in the north of the island the day we were driving from Gloucestershire to Argyll. Dave kindly took us back to the same site... where we had about 60 Six-spot Burnet, plus an astounding 537 Slender Scotch Burnet. Words fail.

From the sublime to the ridiculous. With a long drive ahead, I persuaded Will to spend a few minutes trying to locate the long-staying Black Duck - mainly to make our friend Yoav Perlman jealous (Yoav had a thing about seeing 'Yanks' when he lived in Norwich, and probably still grumbles about there 'not being time' to see Black Duck on our Great Blue Heron twitch in April 2015...). After a few minutes, we picked up the bird and watched it perform stupidly well - as any tame Mallard should... And with that, we drove for many many hours, the trance music blaring and there caffeine flowing. An audacious heist, completed with clinical efficiency. Mr Ocean would have been pleased. 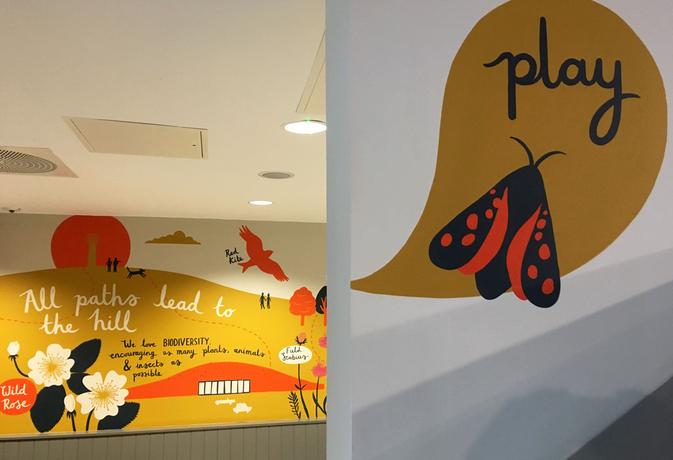 We started in the Avon Gorge, where - at Mark Parsons' recommendation - we met Jen Nightingale from Bristol Zoological Society, who runs the annual survey on the Red Data Book Silky Wave. The scenery here was pretty good, but the moths favoured steep scrubby slopes - which made for some interesting walking and less-than-straightforward photography. Jen and Neil Green had already determined that 2019 was going to be a record year for Silky Wave, and it was an honour to join them and see 70-plus individuals pretty readily across two near-neighbour slopes. Far more than we could have imagined and a great start to the trip. A delicately lovely moth, well worthy of all the effort Jen and co are putting in to help it.

This week saw the most audacious moth heist of the year executed - a 1,600-mile, three-country extravaganza. It needed very little indeed to happen for things to go wrong. For things to go right, every single star needed to be in alignment. And they were. All of the bright shiny little twinklers. How, I don't know. But, goddamnit, the Wingman and I scored large.

The following day, we met up with legendary punk-moth-er Dave Grundy at a site in Argyll. After a longish walk, we reached a very steep section... and soon found New Forest Burnet. (This is a secret site, which we visited with permission, so please don't ask me for it.) We counted 19 individuals across the upper slope on the outwards 'transect', then at least 15 towards the bottom on the way back. By the time of our return, the burnets were very active, flying up and downslope - so we should play safe and stick with a minimum of 19, rather than claim the higher figure. Either way, given that we would have been happy with one, we were ecstatic. There is an amazing conservation story here, forgive me for keeping that for my book.

The sharp-eyed among you may have spotted one of our targets - the Red Data Book Scarce Hooktip, of which we had 15 individuals. Quite stunning and showy to boot.

We headed west to the westernmost point on mainland Britain – Ardnamurchan lighthouse. 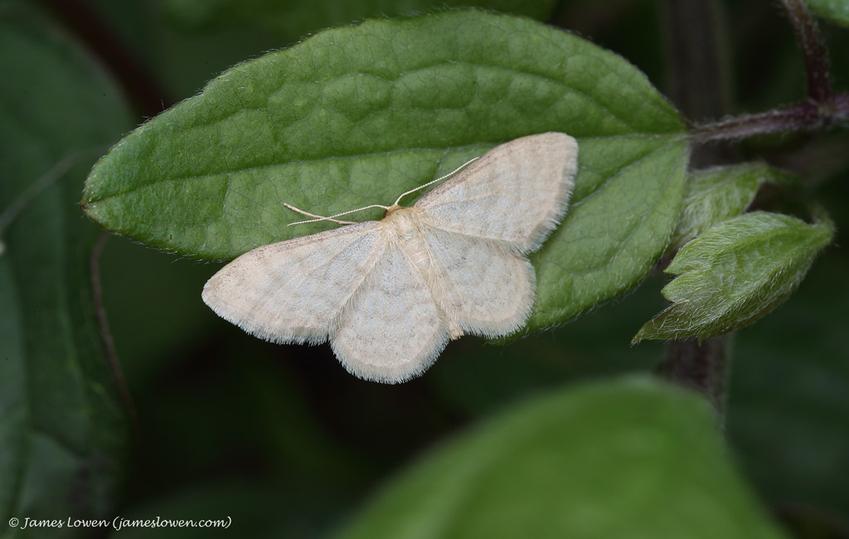 The other target was a cracking micro called Oecophora bractella. This is a 'Geoff' (Alabonia geoffrella) kind of thing. In fresh garb, it is arguably just as stunning, Our four individuals - all in the same trap, and all appearing between 02h00 and when we checked the traps at 05h00 - were a little worse for wear. But nevertheless much appreciated.

In total, we found 15 Transparent Burnets. The colony was confined to a tiny area: all individuals were within 10 metres by three. They included one mating pair. One audacious burnet down, two to go...

With a few hours to kill before restarted trapping in the Wye Valley, it would have been rude not to pop to Slimbridge and see the unexpected male Little Bustard. All the more so because it was a long-overdue tick for me. The most recent gettable example turned up over New Year when I was hosting family - so absconding to see it was not an option. A fine pull-back, then. But the views were shocking - head and neck (with one flash of breast and back) at distance and in the heat haze. Someone next to me even called a Shelduck as the bustard - the views were that bad. But a UK bird tick is a UK bird tick. So no complaints at this particular Brucey Bonus. Just don't expect any photos. That evening George Tordoff, Matt Hobbs and Lee Gregory joined the Wingman and me for a night in the Wye Valley. We had two targets and saw them both in a acceptable numbers. There were plenty of back-up goodies too - but it was the sheer numbers that took the breath away. That and the torrential downpour just after dawn, which curtailed our photography session and took several hours to dry out.