More topical news is that I have signed a contract with Bloomsbury Wildlife to produce a beginners' field guide to common moths, provisionally entitled Gateway Guide to British Moths. This will cover the most commonly encountered 350 or so species of moth (both macros and micros), particularly those likely to be seen in a garden moth trap. The book will be aimed at both adults and children, and will serve as an entry point to more advanced field guides, of which Bloomsbury publishes three. The book should be out in summer 2021, within a couple of months of my moth travel-narrative, Much Ado About Mothing. Better get writing...

The other notable moth this week has been Barred Straw, of which I've caught three. I love the way this moth changes shape with posture: when the wings are raised, you'd never guess that it holds them curled like a shrivelled leaf when they are down.

My fondest sight among garden moths during the past week has been this spotted quartet - nay, platoon - of Leopard Moths. I've never caught more than one at a time in the garden, and this number seems part of a generally sizeable emergence the past week. 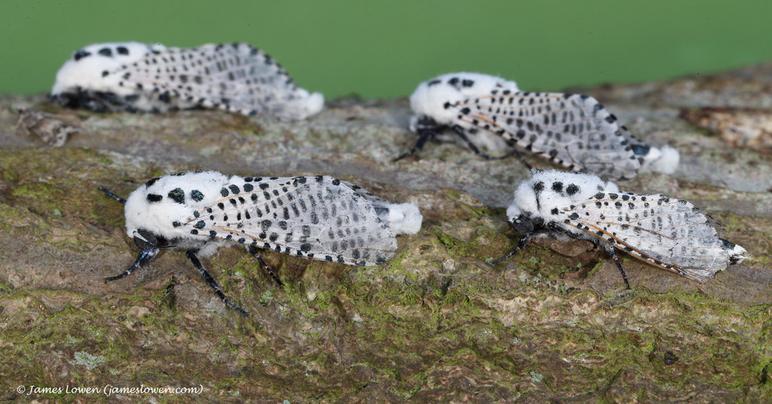 There were a couple of other good spots this week. Two Aroga velocella were new for the garden, as were two Ectodemia decentella (a fortunately distinctive, nationally scarce member of the Nepticulidae, unlike several other speck-of-dust, unidentifiable species I caught this week) and the nationally scarce Batrachedra pinicolella.

The week's other good spot was lurking on my hard drive. This tortrix caught on 19 July 2016(!) proved to be Archips oporana. This is only the second modern vice-county record of this nationally scarce species - the other being the previous night, caught by friend Lynnette Nicholson! Thank goodness that I photographed it. 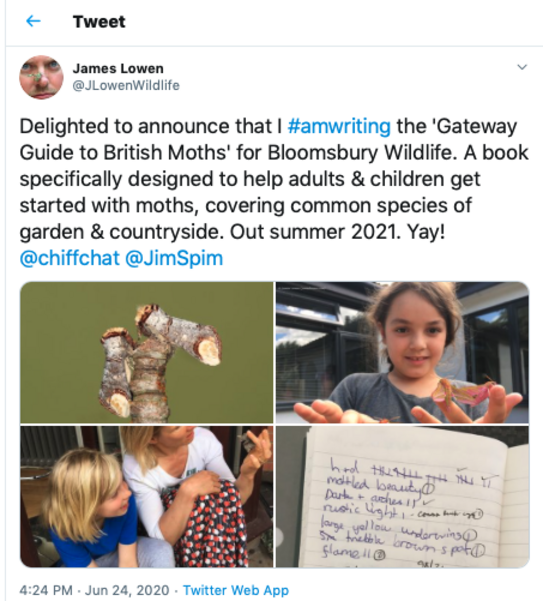