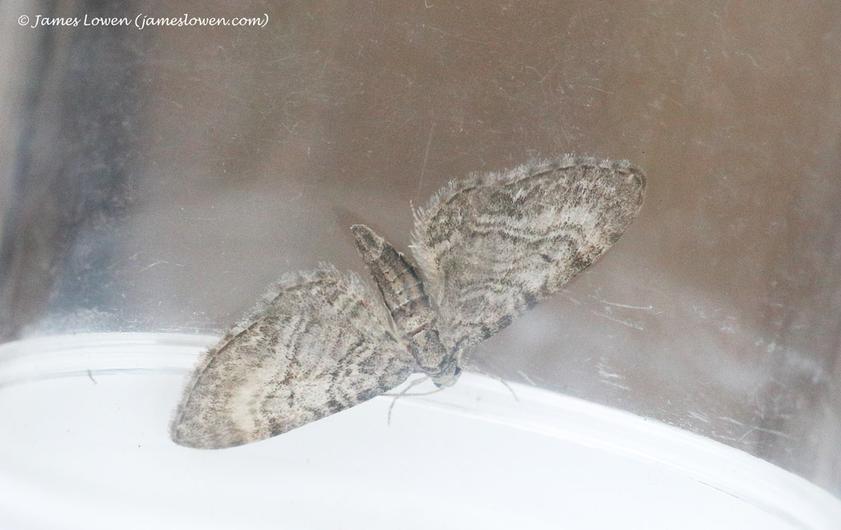 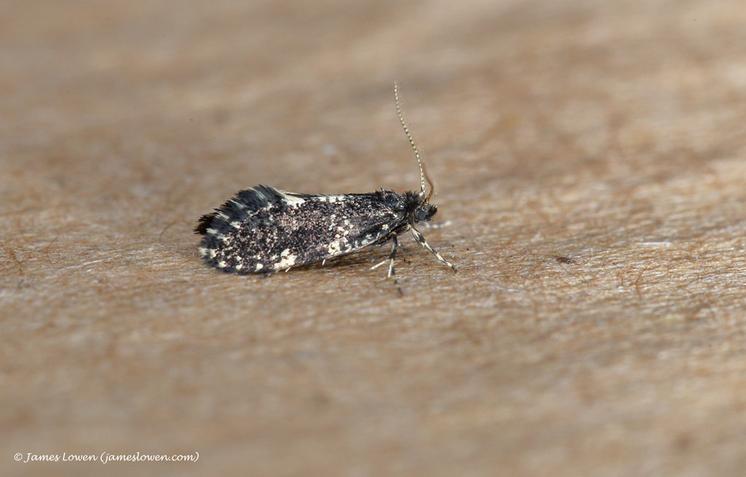 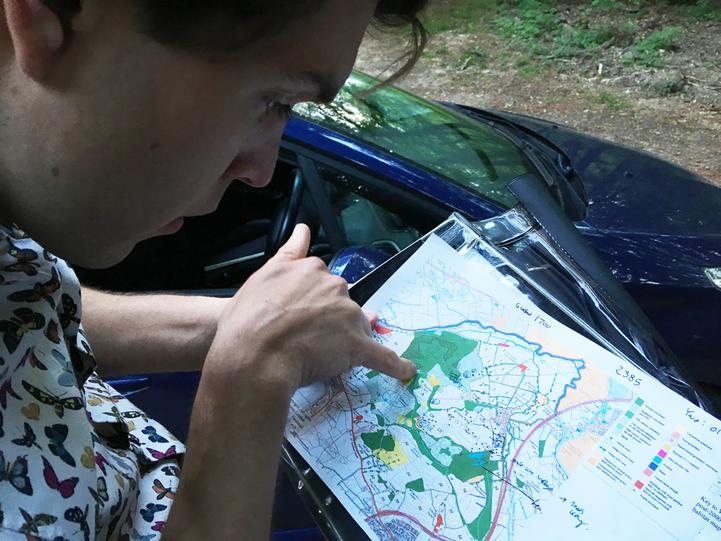 We had a few other nice moths here, including Breckland Plume (which escaped photography) and the longhorns Adela croessela and Caucha rufimetrella (a real one, rather than the female Green Longhorn that I misidentified at Bonsai Bank!). 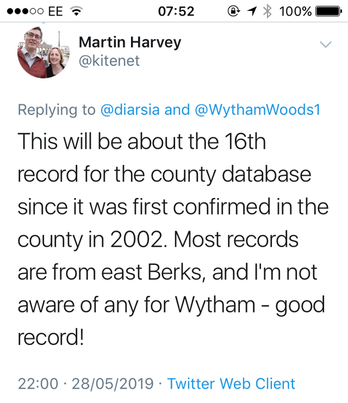 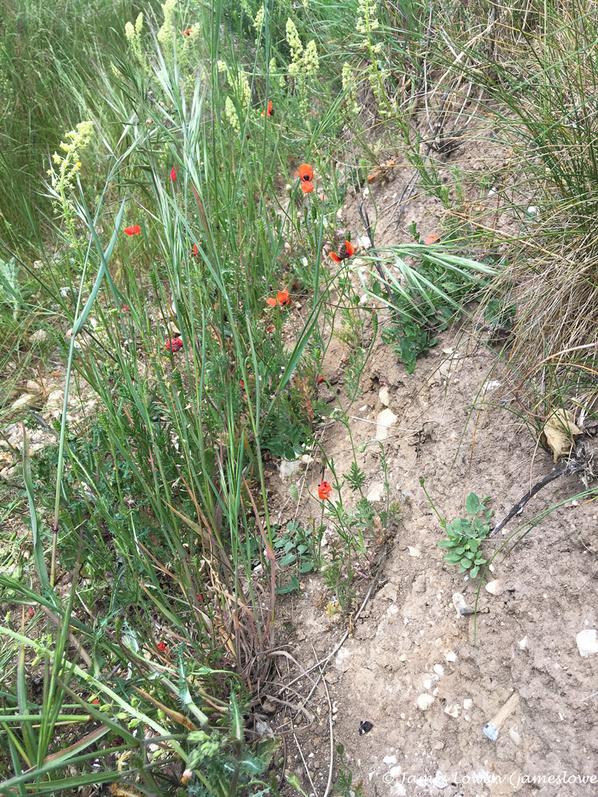 We spent several hours surveying a variety of sites for the rare and localised Four-spotted. Given the cloudy, blustery conditions I wasn't expecting we would even see one. So the level of our success - 55 individuals across three sites, with 38 at one location - was astonishing. I wonder how many we would have found had the day been calm and sunny?

We were treated unkindly by the weather as well as our power sources. Heavy rain characterised the first part of the night. And when it cleared, so did the clouds, meaning that temperatures plummeted. Our regular trap rounds were rather soggy, dispiriting affairs, so we ended up resorting to huddling around a MV, sipping the Wingman's home-brew...

Either way, that this marginal habitat exists at all is very welcome indeed. The Four-spotted clearly love it. And we loved the Four-spotted, which was a quite delightful moth - particularly when its underwing or hindwing could be seen. A moth whose photos do not do it justice (at least when I am taking them). 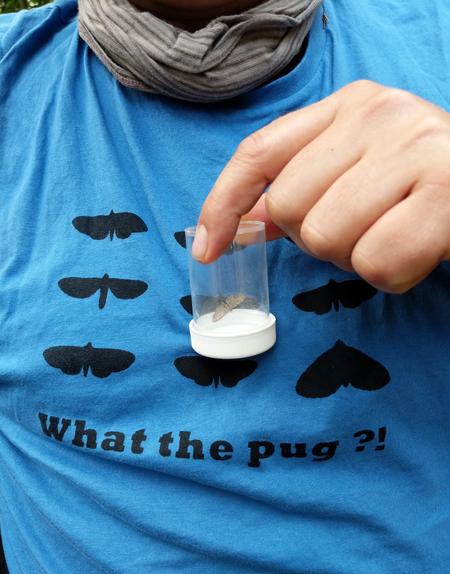 The star of the show, however, came right at the close. As we checked the 12th and final trap, Ben noticed a pug on the outside of the black tub. Now, it must be said that I am not the greatest fan of pugs - but even I thought it looked both smart (in a subtle way) and distinctly different from anything I knew. Ben didn't recognise it either. Nor did the Wingman, when he eventually condescended to look at it (he's not a pugman either). What the pug? We took it to Douglas, who - because he knows his stuff - didn't take long to identify it as Fletcher's Pug. This is a Red Data Book species, associated with small-leaved lime (which was present fairly close to the trap). It transpired to be roughly Berkshire's 16th record (all since 2002) and the first for Wytham Woods. The thinking is that this species is spreading - and thus may not be as rare as its formal status suggests. A very nice sylvan secret for Wytham to reveal, right at the close, and one that brought a smile to all our faces.

On Bank Holiday Monday, Ben Lewis, Wingman Will and I headed down to Wytham Woods near Oxford, to join snazzily-attired moth prodigy Douglas Boyes on a survey of this famous ancient woodland. For someone who had written a book about Badgers, much of the research informing which was carried out at Wytham, this was a particular pleasure. Douglas has been contracted to do a series of baseline surveys over the next three years, and kindly invited us down so that I could write about its sylvan secrets. En route, however, we had different surveys to complete.

In Cambridgeshire, at least, this enigmatic macro moth appears to live literally on the edge - on the side of roads and fields. As the photo above shows, it favours bare ground, seeking to blend in like a tiny pebble. 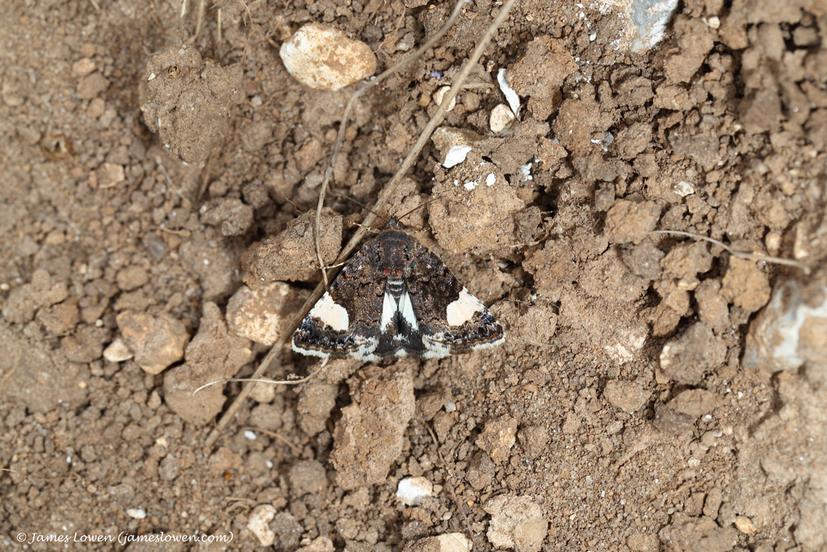 In the morning, after a cursory few hours rest, we emptied the traps and totted up. While the number of individuals is probably overestimated, we came to around 270 individuals of 51 species, I think. That wasn't great given 12 traps (in better conditions a few nights earlier, remember, UEA produced nearly 700 moths of nearly 100 species), but we did have some quality. I was particularly delighted to see my first adult Bagworm, in this case Narycia duplicella, and there were a couple of other cracking micros that my sleep-deprived brain prevented me from photographing.

I was even wearing an apt t-shirt, designed by Norwich moth-er Annie Farthing. Let me know if you want one and I will put you in touch...

But its favoured habitat was a flower-filled ditch fringing cropland. We wondered whether the miniature world of this ditch persisted simply because it was hard to spray or cut. Sharon Hearle of Butterfly Conservation, to whom we were sending our findings, says instead that the ditch is designed to deter hare-coursers. 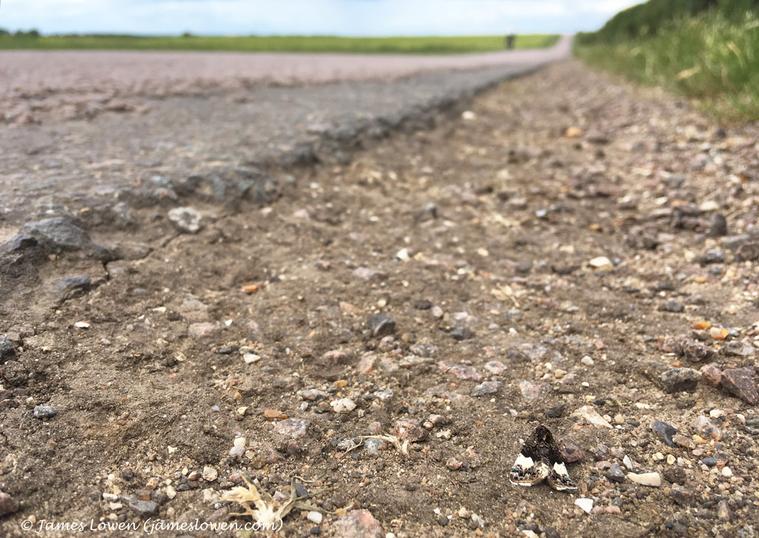 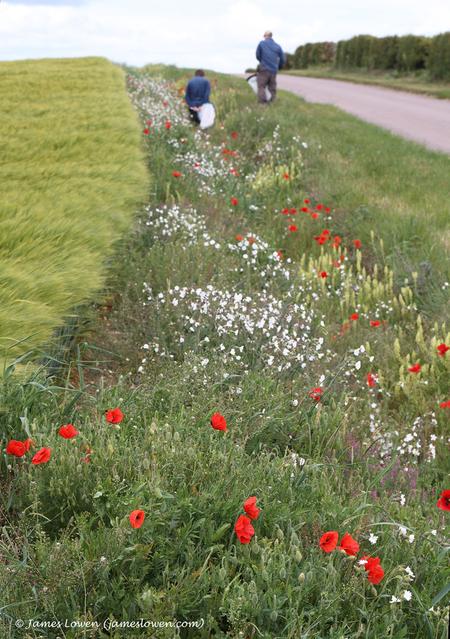 Then it was on to Wytham Woods, where the trees are large and varied, and the forest little disturbed as it is, in Ben's words, "Oxford University's playground". Douglas was very kind to invite us. We trapped several areas with our 12 traps, although rather less widely than anticipated because Ben's generator went up in smoke, and Will's electrics exploded... Amateurs are we.